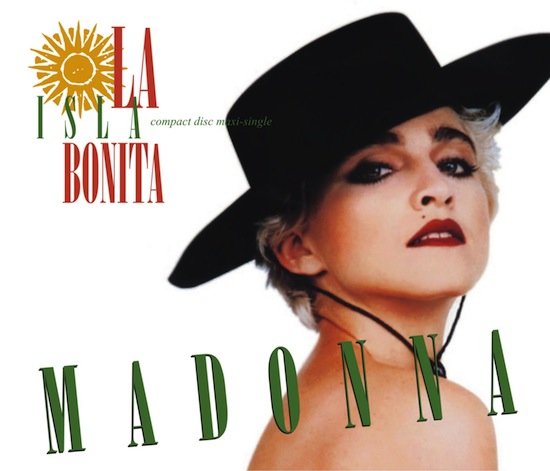 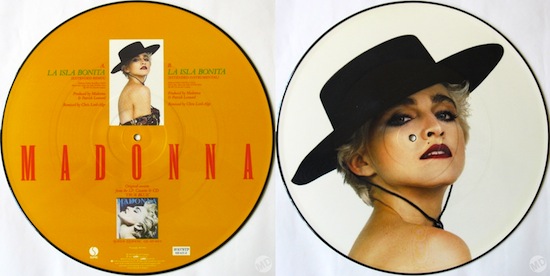 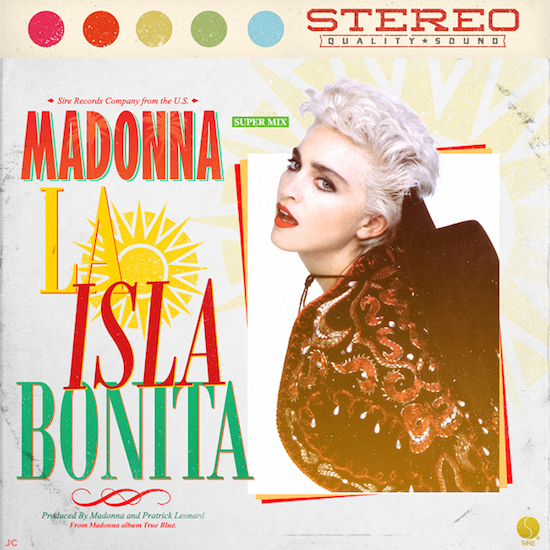 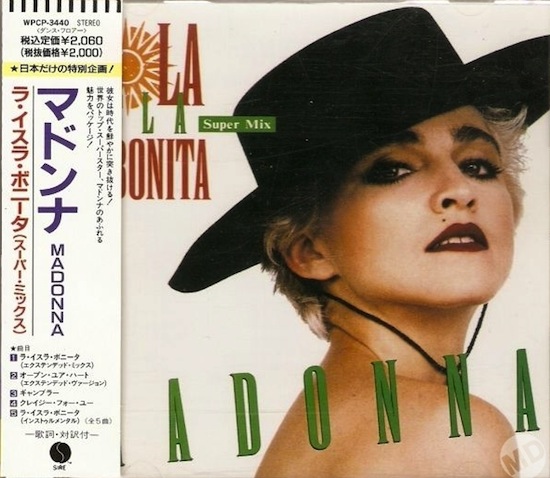 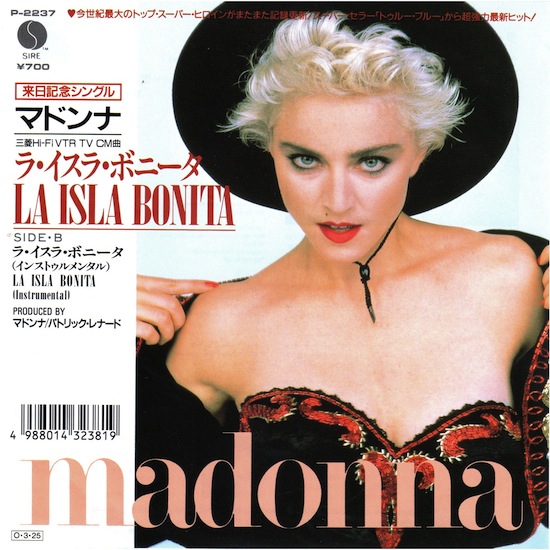 On May 2 1987, La Isla Bonita, the fifth and final single from Madonna’s True Blue album hit #4 in the USA.

An instrumental demo of the song was first offered to Michael Jackson by co-writer Patrick Leonard before Madonna both accepted it and wrote its lyrics and melody.

La Isla Bonita is noted for being the first Madonna song to have a Latino influence in it, with arrangements of Cuban drums and Spanish guitar, maracas, harmonicas and a mix of synthesized and real drumming.

Clearly a personal favorite of Madonna’s, it has been one of her most frequently performed 80’s hits, appearing in the standard set list of seven of her concert tours. Like A Virgin has also appeared as a set list regular in seven tours, while Holiday leads with regular appearances in eight. A case could perhaps be made, however, that Holiday and La Isla Bonita are tied, given that Holiday was only added as a set list regular for the shorter 2009 leg of the Sticky & Sweet Tour, while La Isla Bonita was featured in both the 2008 & 2009 incarnations of the show.

Follow Today In Madonna History on WordPress.com
Join 15,315 other followers