Recording of the November 19th show had been intended to serve as both a practice run for the following night, and as a safety show in the event of technical difficulties or cancellation of the November 20th concert. With Madonna apparently satisfied with the safety footage captured on the 19th, neither the December 3rd show at the Cricket Ground nor the rescheduled date (December 4th) served to provide supplemental footage for the eventual VHS/laserdisc release. The only notable differences between the HBO broadcast and the released version were some alternate camera angles and additional audio mixing. 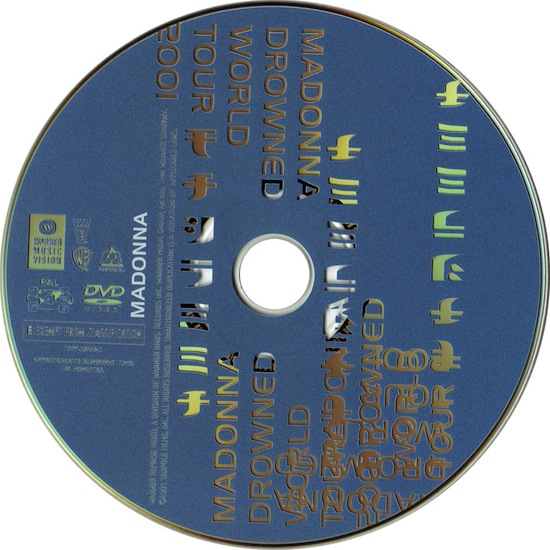 The DVD/VHS release included the concert that was broadcast live on HBO from The Palace of Auburn Hills in Auburn Hills, Michigan on August 26, 2001.

A photo gallery was included as a bonus feature. Like the original airing of the show, the DVD received very good reviews. The photographs used on the DVD packaging were taken by Rosie O’Donnell.

Were you able to see the Drowned World Tour live in person? 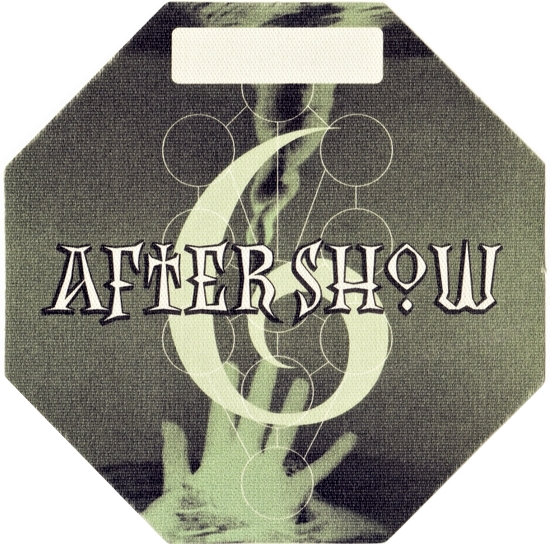 On August 26 2001, Madonna Live! Drowned World Tour 2001 was broadcast live on HBO and The Movie Network in Canada from The Palace Of Auburn Hills, Auburn Hills, MI. It was seen by 5.7 million viewers – the network’s third highest rated prime-time concert special since 1997.

The broadcast marked the second time Madonna had selected her hometown as a location to record one of her shows, the first being The Virgin Tour home video/laserdisc release, filmed in 1985 at Cobo Arena in Detroit.

With the Drowned World Tour itinerary not including any dates in Canada, many Canadian fans who purchased tickets for one of the two shows in Detroit were pleasantly surprised when it was announced that the second show would be broadcast live in both countries. Madonna’s previous HBO specials for the Blond Ambition and Girlie Show tours did not receive a live broadcast in Canada, although the latter did air on MuchMusic at a later date.

On May 24 2001, U.S. cable network HBO confirmed that it would broadcast Madonna’s Drowned World Tour on August 26th:

Madonna is taking her Music to the masses — HBO masses, that is. The cable network will air a live concert from the pop icon’s latest tour, the first in eight years, called the Drowned World Tour. Airing Aug. 26, the concert will be broadcast from The Palace of Auburn Hills in Detroit, Madonna’s hometown. It’s a thrill for us to have Madonna back because we know it is going to be a spectacular show, with that combination of her amazing talent and extravagant style which only Madonna can bring, says Nancy Gellar, HBO’s senior vice president of original programming. HBO and Madonna last teamed for 1993’s Madonna — Live Down Under: The Girlie Show, which aired live from Sydney, Australia. The program was HBO’s most-watched original program of the year. Madonna’s first special on HBO, 1990’s Madonna — Live! Blond Ambition World Tour, premiered to record numbers and remains one of the highest-rated original programs in HBO history.

Unlike HBO’s previous Madonna tour broadcasts, however, the live airing of the Drowned World Tour was simulcast to Canadian viewers via premium channel, The Movie Network.

A re-edited version of the concert special was later released on VHS & DVD on November 13th, 2001. 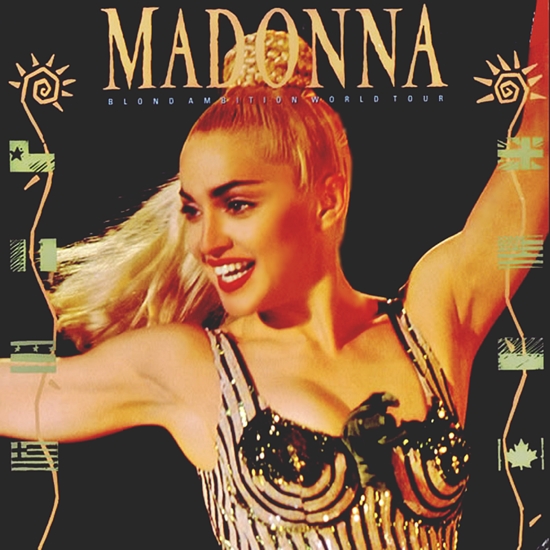 On December 15 1990, the LA Times printed a feature article by Robert Hilburn, about Madonna’s forth-coming laser-disc release of the Blond Ambition tour.

Can Madonna sell laser-disc players as well as she sells herself? Pioneer Artists, the nation’s leading distributor of music-related laser discs, hopes so. In a move virtually unprecedented in the video industry, Pioneer has just released Madonna’s Blond Ambition World Tour Live exclusively on laser disc. Normally, video packages of this nature are released on videocassette two to six weeks before they are released on laser-disc. In this case, however, Blond Ambition won’t be released on videocassette for at least a year.  Steven Galloway, president of Pioneer Artists, said he hopes the fact that an artist of Madonna’s stature would release a video only on laser disc will send a signal to millions of potential laser customers that the new format has finally come of age.

Galloway said that the laser exclusive with Madonna grew out of an agreement last spring for Pioneer, the electronics hardware and software giant, to sponsor her tour.

“I contacted her manager, Freddy DeMann, long before the tour started in hopes of getting the laser-disc rights to any video that was going to be shot in association with the tour,” Galloway said. DeMann was meeting with potential corporate sponsors at the time, Galloway said, and he asked if Pioneer would be interested in sponsoring the tour. The company apparently jumped at the opportunity.

“Madonna is the ideal artist to reach the new demographics that we are hoping to attract with the new, low-priced combination CD and laser players . . . the young, hip 18-35 audience,” Galloway said.

“Until these low-priced players arrived, laser discs were considered something just for the high-end market . . . a rich man’s toy. But that has changed and Madonna seemed the ideal artist to drive that point home.”

And what about the Blond Ambition package itself?

The video is based on the same concert in Nice that HBO broadcast live last summer, but the new, edited laser version offers much more of the vitality and charm of the show itself than the HBO special. 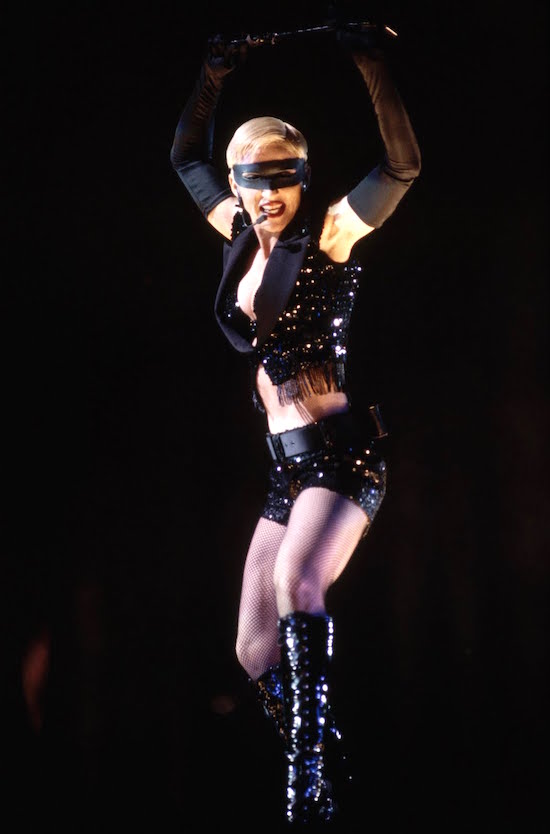 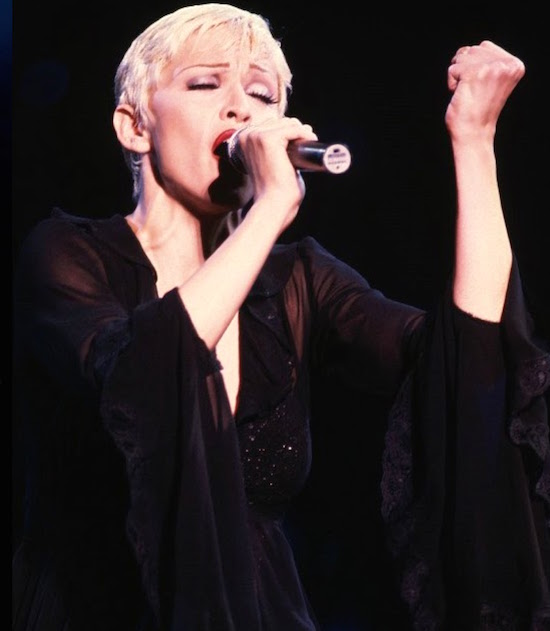 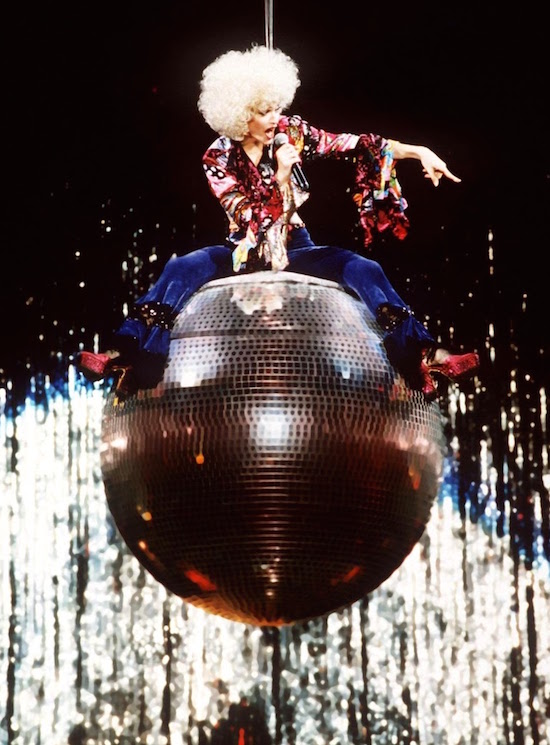 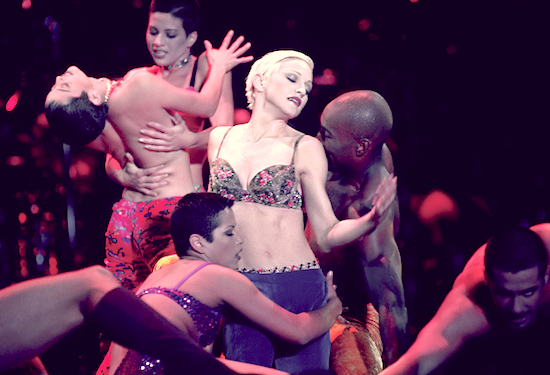 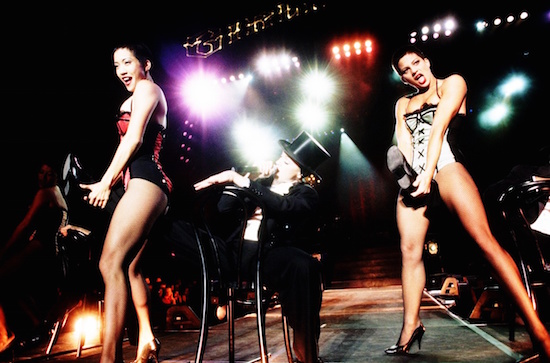 On November 20 1993, Madonna – Live Down Under: The Girlie Show was broadcast on HBO. Live Down Under was the channel’s most watched original program of the year.

The November 20 show was to be filmed at the Sydney Cricket Ground and aired on HBO, however, severe weather conditions forced the cancellation of the show, so the November 19 show (which had been taped at the same venue the night before as a “safety show”) was aired instead.

The broadcast included the following songs: 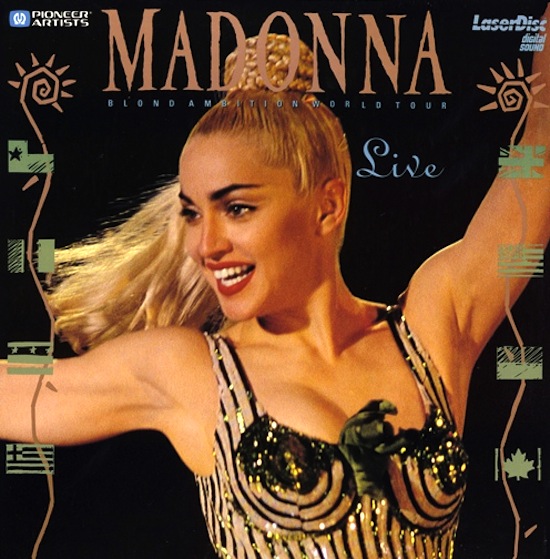 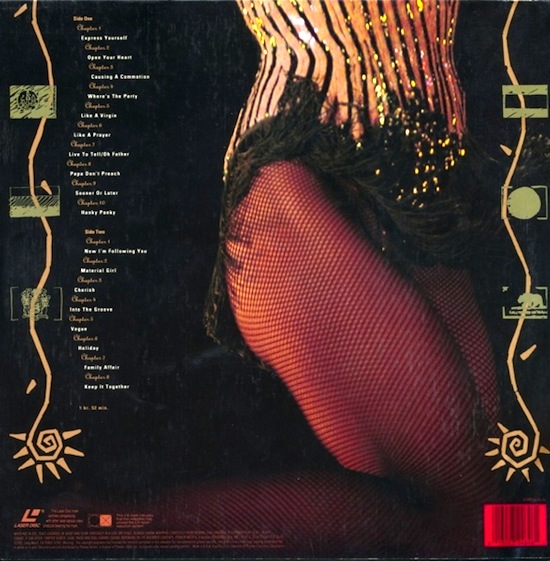 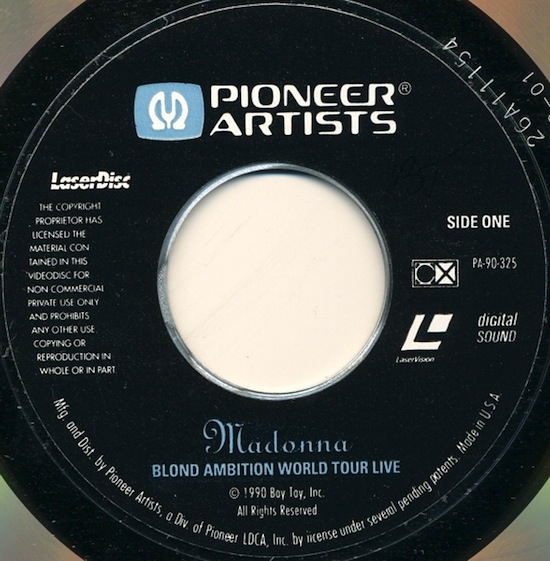 The live concert was released only on Laserdisc by Pioneer Artists as part of the sponsorship deal of the 1990 Blond Ambition World Tour and was released to promote the Laserdisc format. It contained the final tour date filmed at Stade de l’Ouest in Nice, France on August 5, 1990 which had previously been shown and produced by American network HBO as part of a television special Madonna – Live! Blond Ambition World Tour 90.