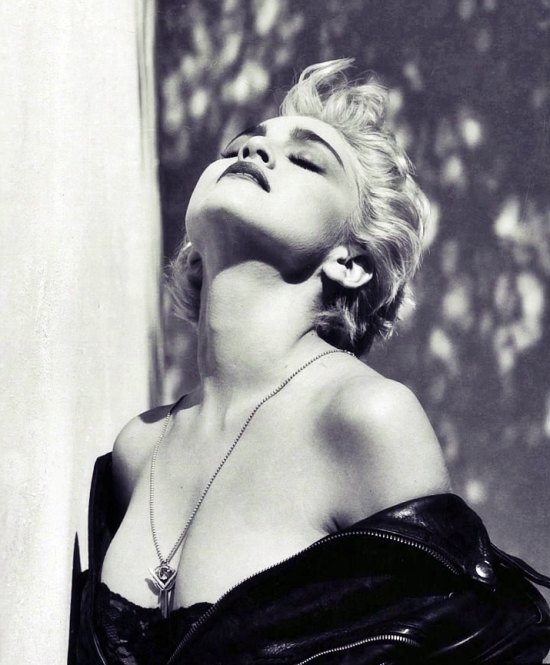 On December 27 1986, RPM magazine published their list of the top charting singles of 1986 in Canada.

Here’s how Madonna’s singles stacked up in the year-end ranking:

A stark departure from her earlier pop hits, Live To Tell was initially considered by her record label to be a risky choice for a single. Its success showed that programmers were willing to give Madonna some room to grow on radio.

During the second show Madonna proclaimed to those in attendance that they were the best audience of the tour thus far, while the final Toronto date saw Madonna in an uncharacteristically playful mood. Interrupting the show’s normally swift progression between Papa Don’t Preach and Crazy For You, she joked about the infamous 1990 threats of arrest and whipped the audience into a cheering frenzy with her self-described “unprofessional” behavior.

Clearly the audience (myself included) didn’t mind one bit! 🙂

True Blue is the album where Madonna truly became Madonna the Superstar — the endlessly ambitious, fearlessly provocative entertainer that knew how to outrage, spark debates, get good reviews — and make good music while she’s at it. To complain that True Blue is calculated is to not get Madonna — that’s a large part of what she does, and she is exceptional at it, but she also makes fine music. What’s brilliant about True Blue is that she does both here, using the music to hook in critics just as she’s baiting a mass audience with such masterstrokes as “Papa Don’t Preach,” where she defiantly states she’s keeping her baby. It’s easy to position anti-abortionism as feminism, but what’s tricky is to transcend your status as a dance-pop diva by consciously recalling classic girl-group pop (“True Blue,” “Jimmy Jimmy”) to snag the critics, while deepening the dance grooves (“Open Your Heart,” “Where’s the Party”), touching on Latin rhythms (“La Isla Bonita”), making a plea for world peace (“Love Makes the World Go Round”), and delivering a tremendous ballad that rewrites the rules of adult contemporary crossover (“Live to Tell”). It’s even harder to have the entire album play as an organic, cohesive work. Certainly, there’s some calculation behind the entire thing, but what matters is the end result, one of the great dance-pop albums, a record that demonstrates Madonna’s true skills as a songwriter, record-maker, provocateur, and entertainer through its wide reach, accomplishment, and sheer sense of fun.

On July 11 1987, Madonna’s True Blue album was certified 5x platinum (5 million units) in the USA.  The album went on to sell an estimated 19 million units worldwide.

How many copies of True Blue do you own? Cassette? 8-Track? LP? CD?

The single and its music video, which made its debut a week later, caused controversy due to its focus on the issue of teenage pregnancy. Perhaps if the media had paid a little closer attention to the video, they would have found that it contained a few other points of interest. While Danny Aiello’s inclusion in the video was duly reported, the same can’t be said for Madonna’s breasts, which also made several brief cameo appearances in the clip.

We imagine Madonna must have had a good laugh over the fact that these scenes flew under the radar of MTV, the media, and by all but the most perceptive of fans at the time. 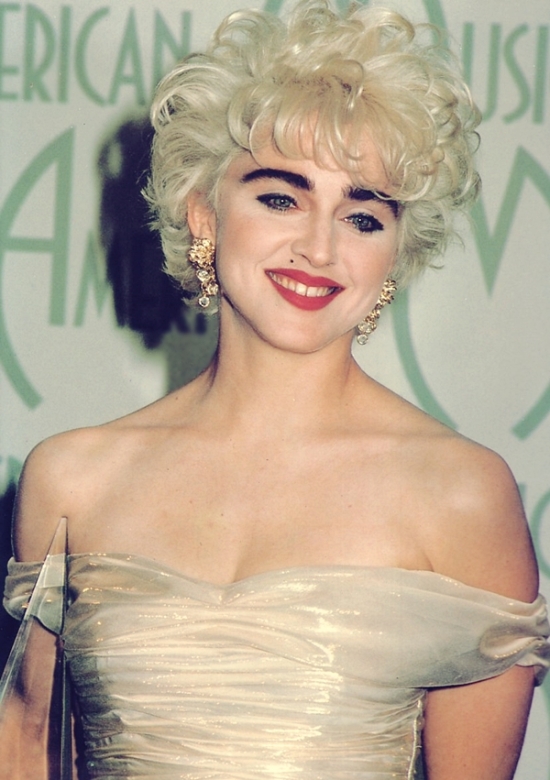 One of the award presenters, Mister Mister’s Richard Page, would later collaborate with Madonna & Patrick Leonard on the 1994 soundtrack hit, I’ll Remember.