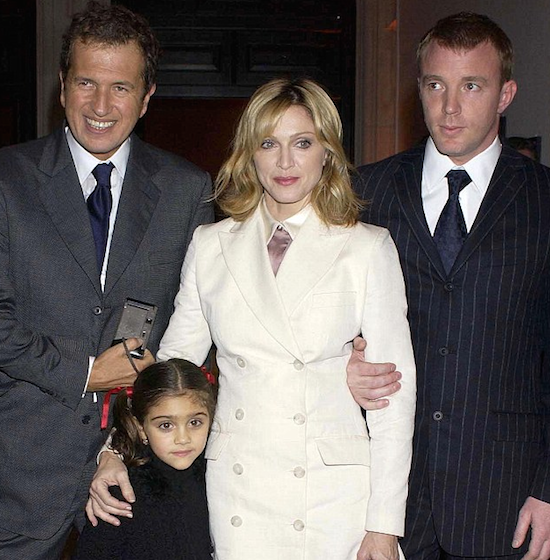 On January 29 2002, Madonna attended the opening of photographer Mario Testino’s exhibition at the National Portrait Gallery in London, England.

On December 4 1996, Madonna was honoured with the Artist Achievement Award at the 7th annual Billboard Music Awards at the Aladdin Hotel Theatre For The Performing Arts in Las Vegas, Nevada.

This was Madonna’s first public appearance since the birth of her daughter Lourdes. 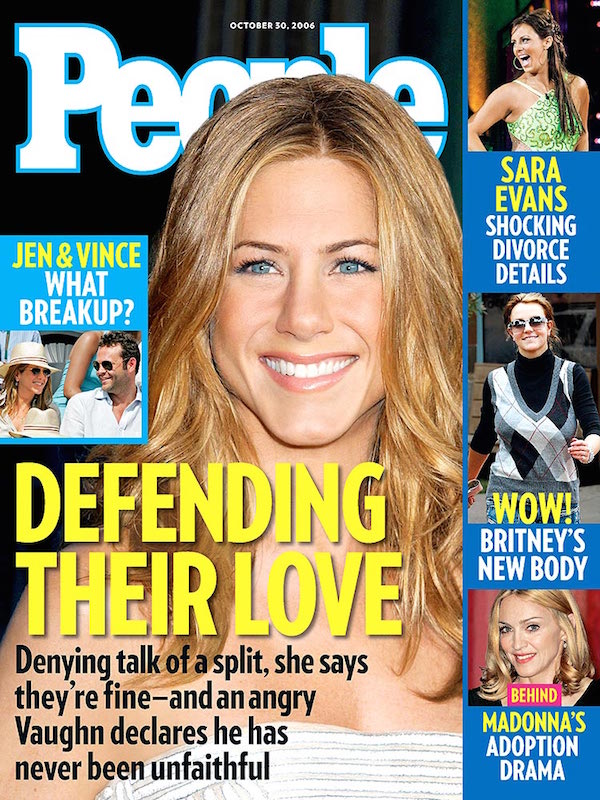 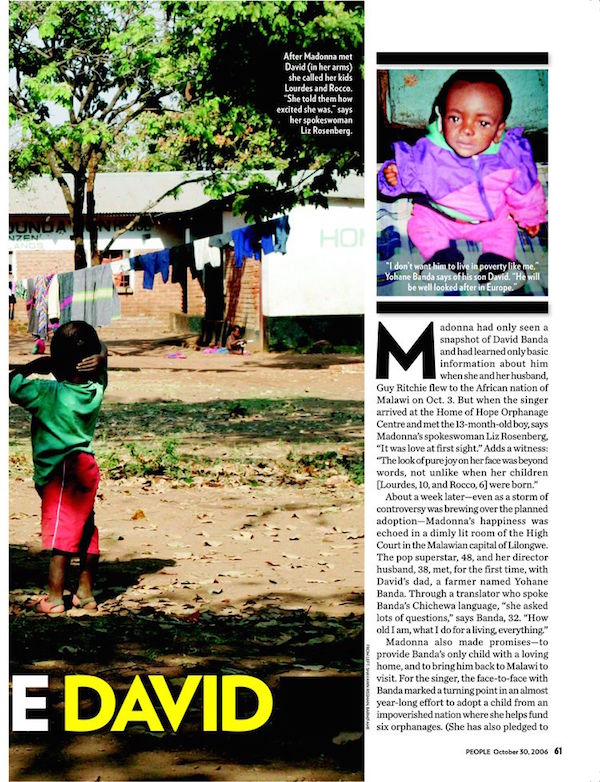 On October 30 2006, Madonna appeared on the cover of People magazine with the headline: Madonna’s Adoption Drama.

Here’s a snippet of the article:

As Madonna and Her Husband, Guy Ritchie Welcome Home Their New 13-Month-Old Son from Malawi, Local Human Rights Groups—and Some of the Boy’s Relatives—Raise Questions Over the Legality of the Adoption.

Madonna had only seen a snapshot of David Banda and had learned only basic information about him when she and her husband, Guy Ritchie flew to the African nation of Malawi on Oct. 3. But when the singer arrived at the Home of Hope Orphanage Centre and met the 13-month-old boy, says Madonna’s spokeswoman Liz Rosenberg, “It was love at first sight.” Adds a witness: “The look of pure joy on her face was beyond words, not unlike when her children [Lourdes, 10, and Rocco, 6] were born.”

About a week later—even as a storm of controversy was brewing over the planned adoption—Madonna’s happiness was echoed in a dimly lit room of the High Court in the Malawian capital of Lilongwe. The pop superstar, 48, and her director husband, 38, met, for the first time, with David’s dad, a farmer named Yohane Banda. Through a translator who spoke Banda’s Chichewa language, “she asked lots of questions,” says Banda, 32. “How old I am, what I do for a living, everything.”

Madonna also made promises—to provide Banda’s only child with a loving home, and to bring him back to Malawi to visit. For the singer, the face-to-face with Banda marked a turning point in an almost year-long effort to adopt a child from an impoverished nation where she helps fund six orphanages. (She has also pledged to sponsor improvements through the Millennium Promise program.) For Banda—who ekes out a living farming onions and cabbage, and placed David in the church-run Home of Hope when his wife died—it was a chance to give his son, he tells PEOPLE, “a brighter future.” Adds David’s grandmother Asineti Mwale, 56: “God has heard our prayer. May he bless this kindhearted woman abundantly.” 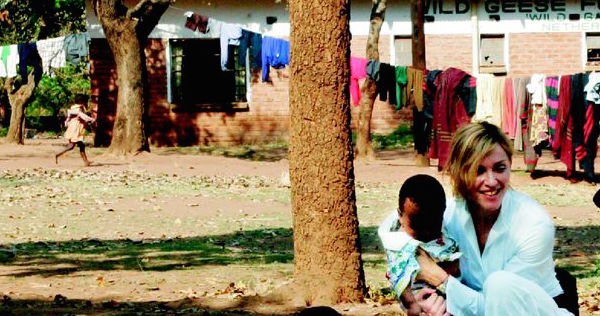 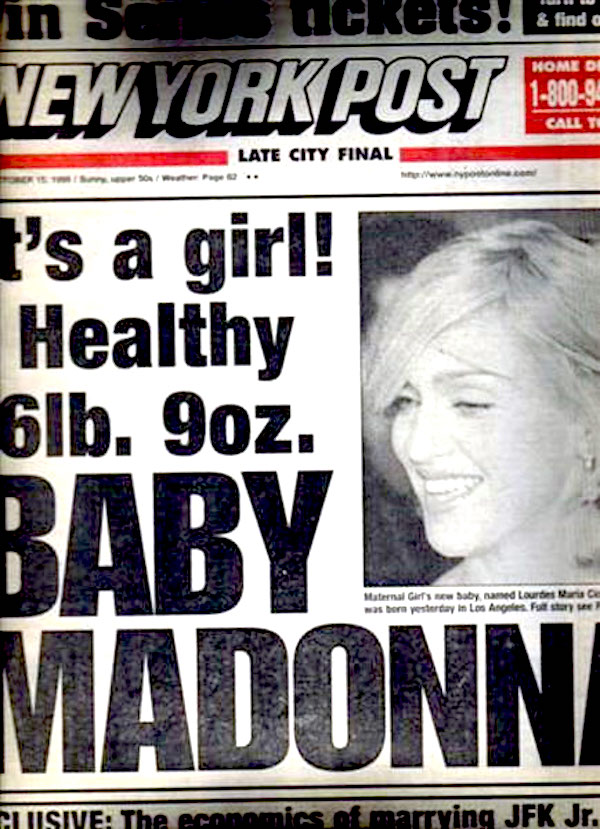 On October 15 1996, Madonna appeared on the cover of the New York Post, with the caption:

Lourdes was born the previous day – you can read about that here.

On July 8 1996, Madonna appeared on the cover of People magazine in a feature called, Bringing Up Babies: As Clocks Tick and Instincts Prevail, Stars Single and Married are Heeding the Nesting Urge.

What do you think Madonna’s career would be like if she hadn’t had children?

On June 19 2012, Evita: 15th Anniversary Edition was released on Blu-ray, with the You Must Love Me music video included as a bonus feature.

The music video for You Must Love Me was directed by Alan Parker. Madonna was eight months pregnant (with Lourdes) when the video was shot. Madonna stood behind a piano to conceal her pregnancy during the video shoot.