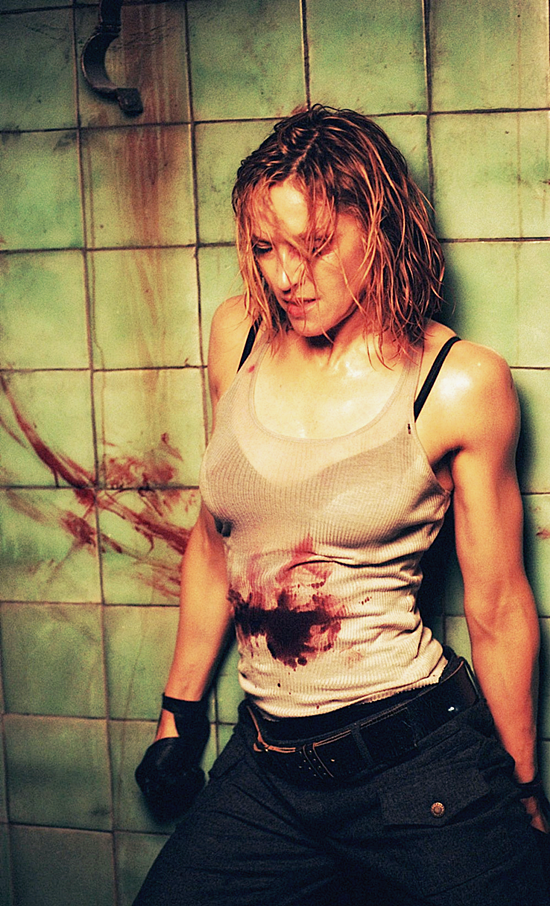 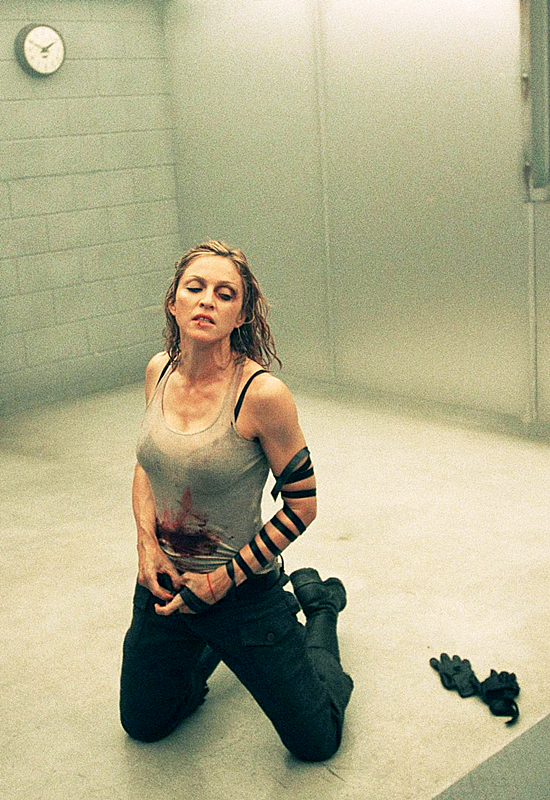 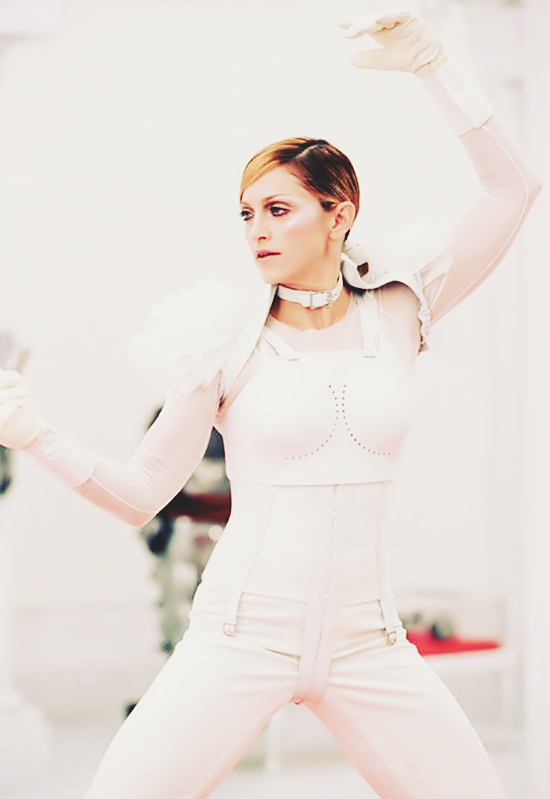 On October 10 2002, the music video for Die Another Day premiered on MTV. Helmed by Swedish directing team Traktor, the action-packed short for Madonna’s James Bond theme remains the second most expensive music video of all-time, with production costs surpassing the six-million dollar mark. The clip made its debut as part of an episode of MTV’s Making The Video – Madonna’s first appearance on the series.

“We received daily e-mails with feedback that was concise, unambiguous and occasionally entertaining. She works extremely hard with gumption and detail, and it was clear to us how she has remained on top for twenty years. It was no use being unprepared with vague ideas disguised as creativity, as there was no place to hide.”

The video was filmed at Hollywood Center Studios in Hollywood, California between August 22 and August 27, 2002 – an atypically lengthy shoot by Madonna’s standards, likely due to the complexities of capturing the special effects and stunts featured throughout the Bond-influenced clip. 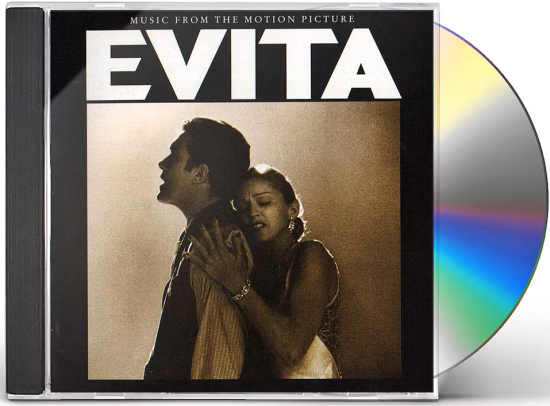 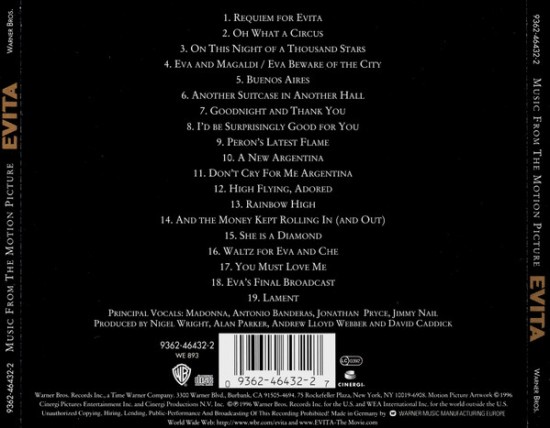 The highlights disc included 19 tracks from the film, and was released on July 29 1997 in North America to help promote the home video release. The single disc was released in select markets around the world in 1996 at the same time as the double disc complete soundtrack, but not in North America.

Evita: The Motion Picture Music Soundtrack featured all 34 tracks from the film, and was released on November 12 1996.

The highlights disc didn’t perform very well in the late summer of 1997 because it was released a full 8 months after the original release. No single was released to radio to promote it, and most die-hard fans had already secured an imported version of the single disc soundtrack the previous year. Why it was released at all in July 1997 remains a mystery. Why the single-disc set wasn’t released in North America in November 1996 is a better question. Why not release the double-disc set (expensive) and the single disc set (average price of a CD at the time) and appeal to the largest possible group of consumers? That was the approach around the world, but not in North America, we can’t help but wonder why? – Jay 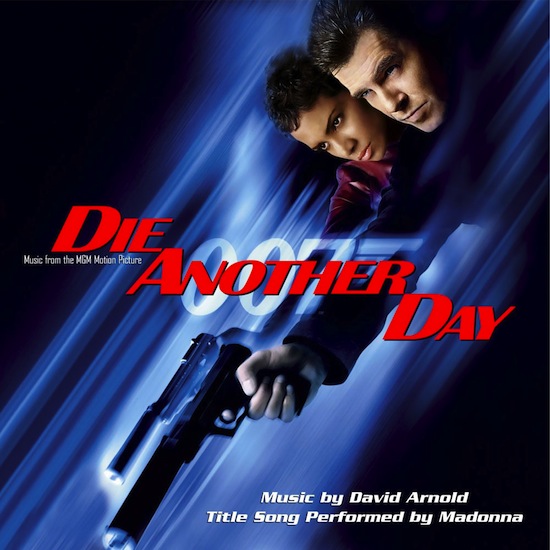 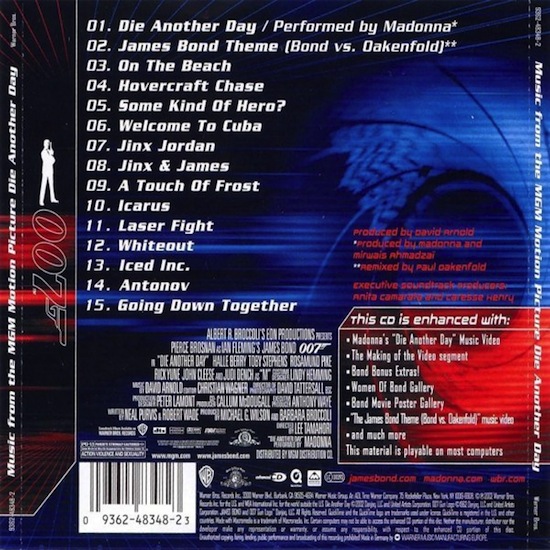 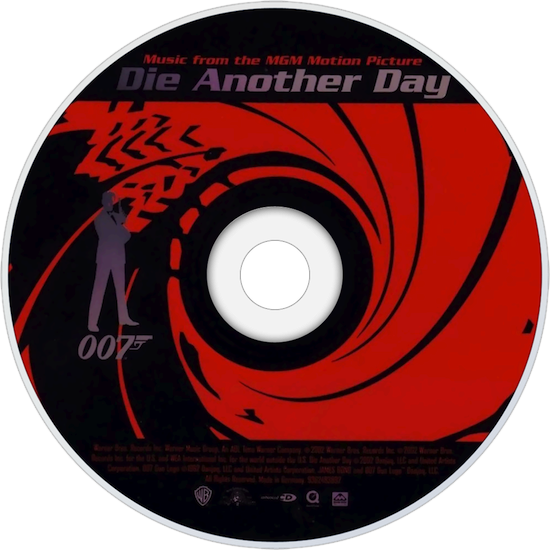 What is your favourite James Bond theme song? 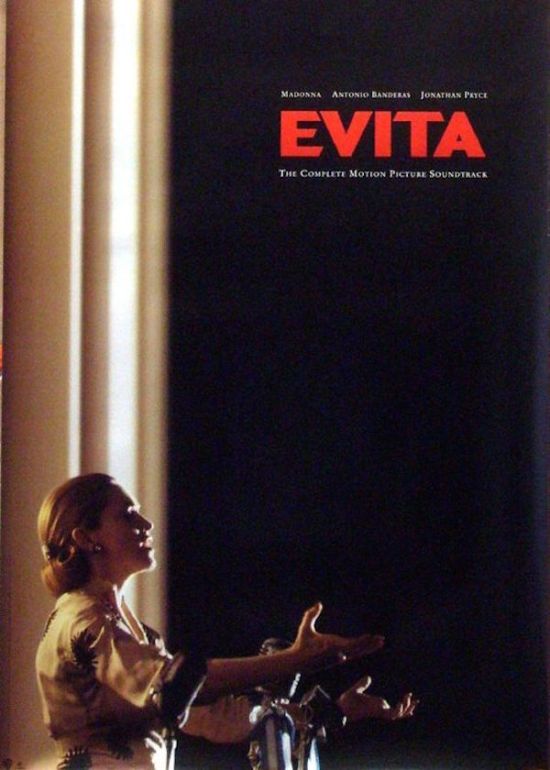 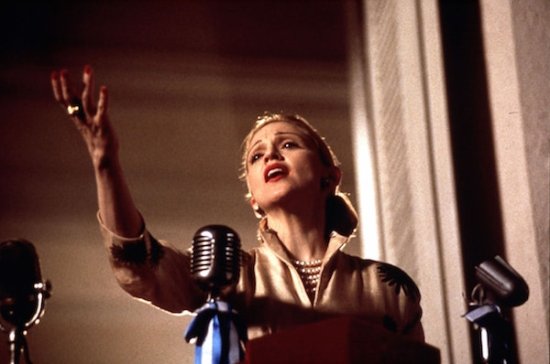 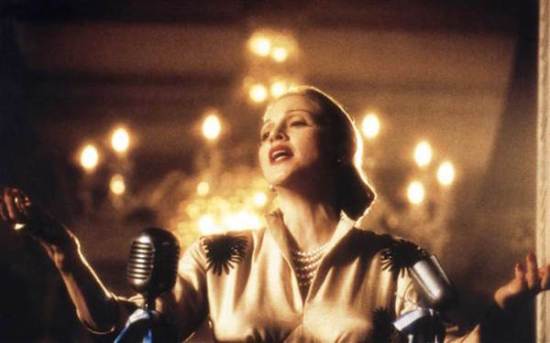 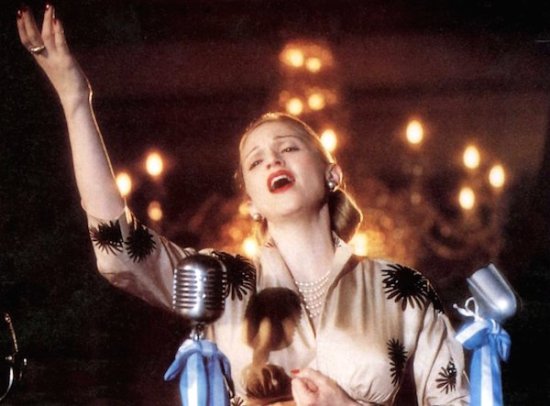 On November 9 1996, the EVITA soundtrack debuted at #7 on the UK albums chart.

Director Alan Parker had this to say about working with Madonna on EVITA:
“The hardest work that anyone had to do was obviously done by Madonna. She had the lion’s share of the piece, singing as she does on almost every track. Many of the songs were comfortably within her range, but much of the score was in a range where her voice had never ventured before. Also, she was determined to sing the score as it was written and not to cheat in any way”. 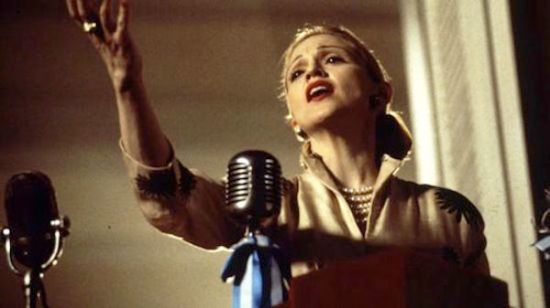 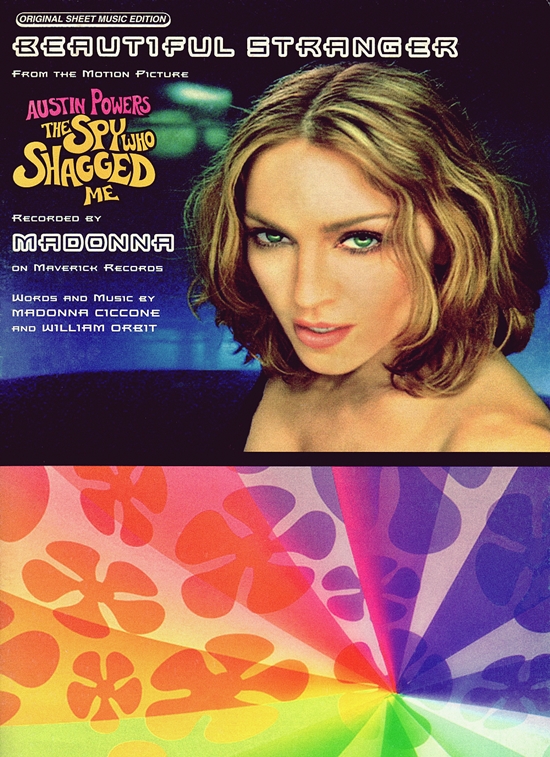 On April 8 1999, American TV newsmagazine Entertainment Tonight (aka ET) revealed the title of the new song Madonna had recorded for the Austin Powers: The Spy Who Shagged Me soundtrack: Beautiful Stranger.

Beautiful Stranger launched to radio in mid-May and quickly became a sizeable summertime hit along with the Maverick Records-issued soundtrack album which landed in North American record stores on June 1st, 1999. 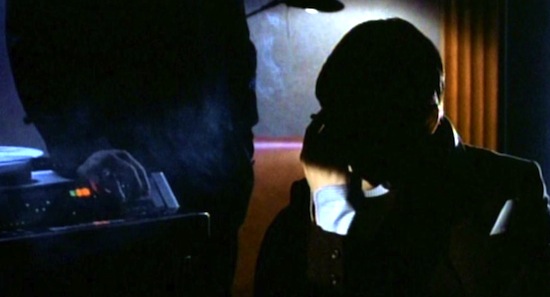 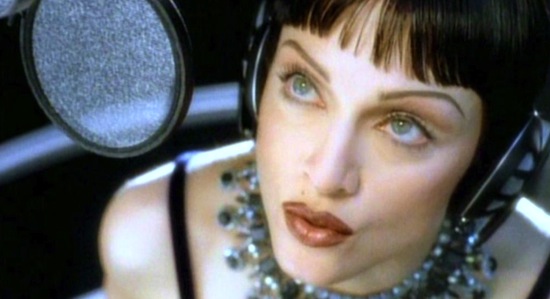 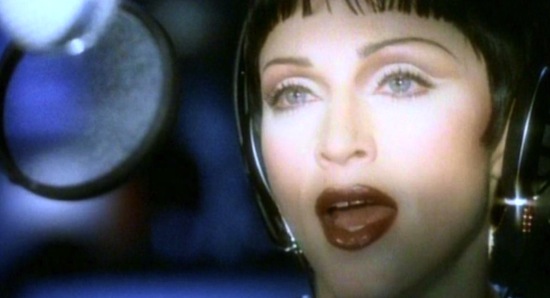 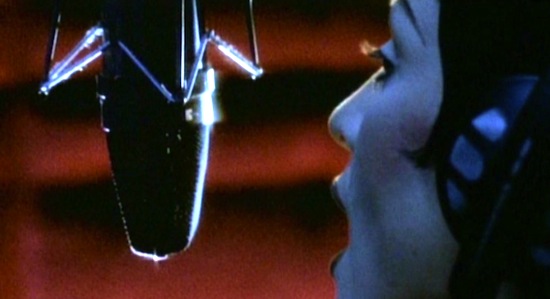 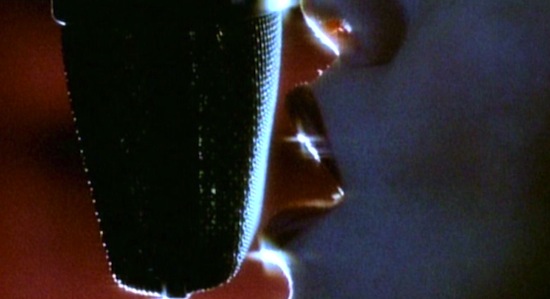 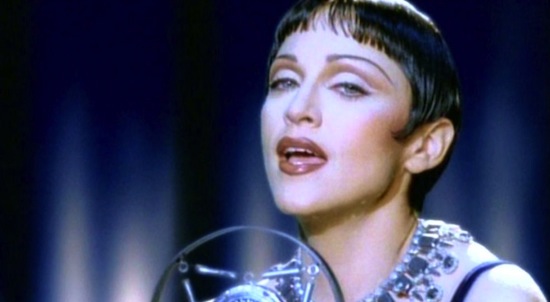 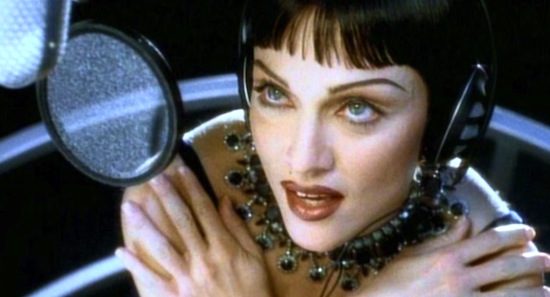 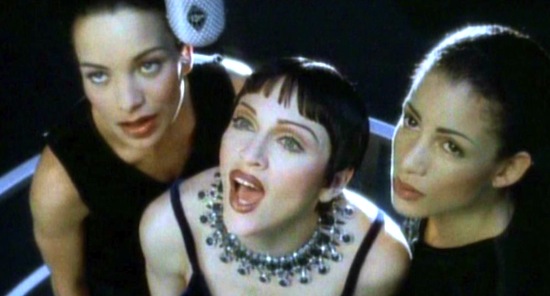 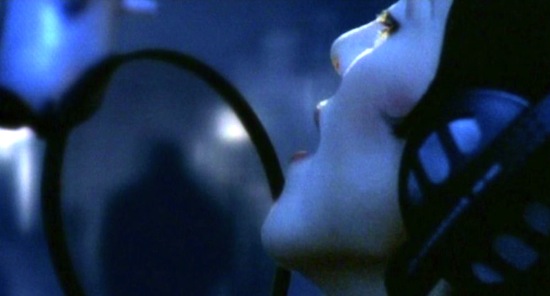 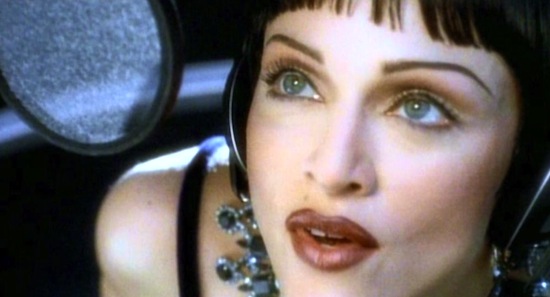 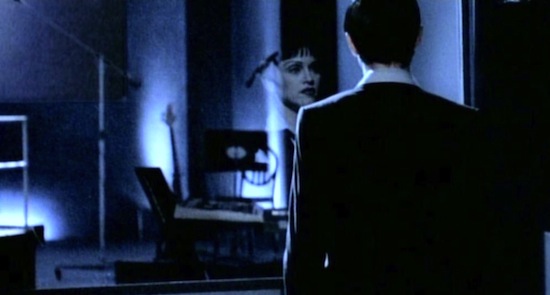 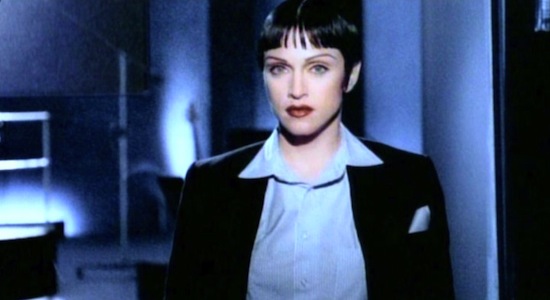 The video was directed by Alek Keshishian. The androgynous portrayal of Madonna in the video, was appreciated critically for breaking gender barriers. 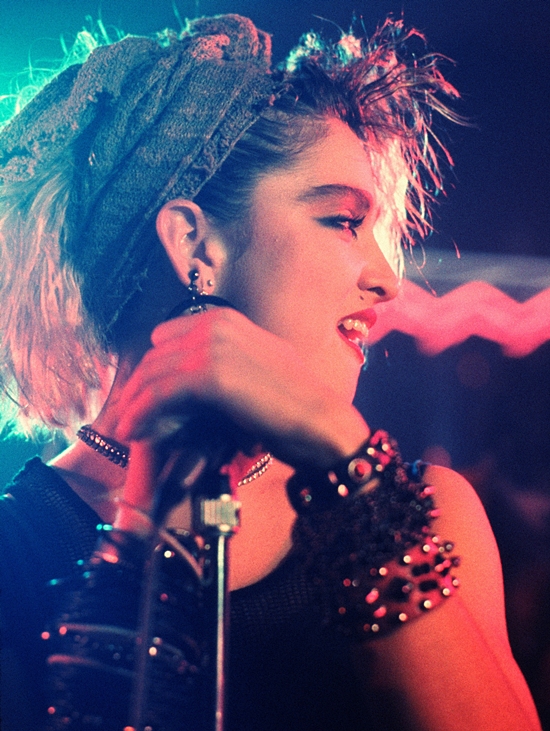 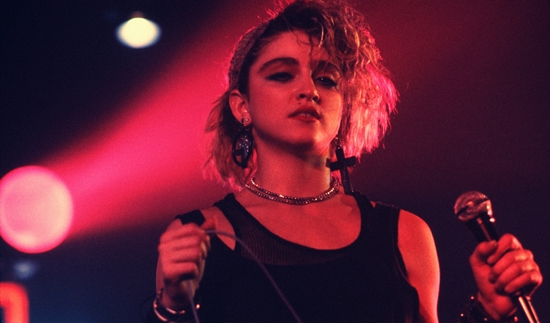 On February 15 1985, the Vision Quest original motion picture soundtrack was released on Geffen Records. To promote the release, music videos for Crazy For You and Gambler were both serviced to MTV together in late January.

Despite Gambler only being released as a single in markets outside North America, its video received moderate rotation from MTV nonetheless – possibly due to the fact that there were no competing videos produced for the final two singles from Like A Virgin.

Gambler was Madonna’s last entirely self-written single until the 2007 release of the charity single, Hey You. Other singles for which she received sole writing credit include Everybody (which was in fact a Stephen Bray co-write, however a publishing arrangement granted him sole credit for another of their collaborations, Ain’t No Big Deal, in trade), Burning Up, Lucky Star and Sidewalk Talk. Album tracks Think Of Me, I Know It and Shoo-Bee-Doo were also entirely self-written.

A third Madonna song that was recorded for the Vision Quest soundtrack, Warning Signs, was eventually dropped from the project. A cassette copy of the song, which is also credited to Madonna alone, was submitted to the Library of Congress for copyright registration in February of 1984, at the same time as Gambler.

With Stephen Bray having confirmed his involvement in the song’s production (which he described as “a cool synth track”), it appears that its production credits would mirror those of Gambler, which was produced by Jellybean Benitez and arranged by Bray. Given that early press for Vision Quest (including an on-set interview with Madonna herself) mentioned the inclusion of three new songs, footage of Madonna performing Warning Signs was likely filmed but ended up on the cutting room floor. Surprisingly, this additional footage has never resurfaced and the song has never leaked.