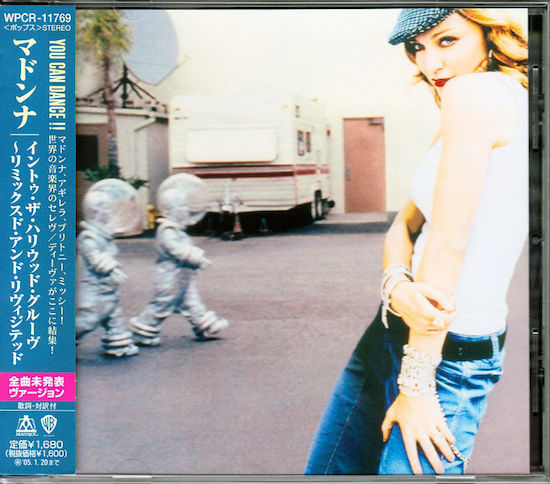 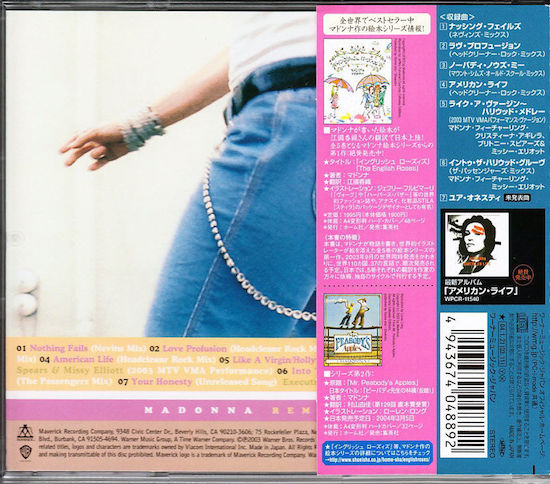 Instead of the twenty-year retrospective originally planned for the holiday season, Madonna fans get a measly half-hour of mishmash marginalia. Of the four remixes from American Life, only one clicks: Headcleanr’s rock mix of Love Profusion, which replaces Mirwais’ electrofolk with Strokes-like guitars and drums that flatter an overlooked but fantastic song. The live medley of Like a Virgin and Hollywood, with Britney Spears and Christina Aguilera, falls flat without the infamous kisses, and the Gap commercial with Missy Elliott just sounds cheap and nasty. Your Honesty, an outtake from 1994’s Bedtime Stories, recalls the post-disco funkiness of Madonna’s 1983 debut. Bet it would’ve worked better in a box set. – Barry Walters 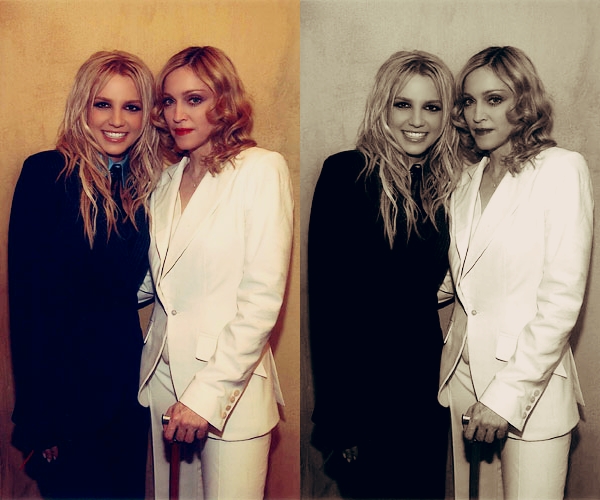 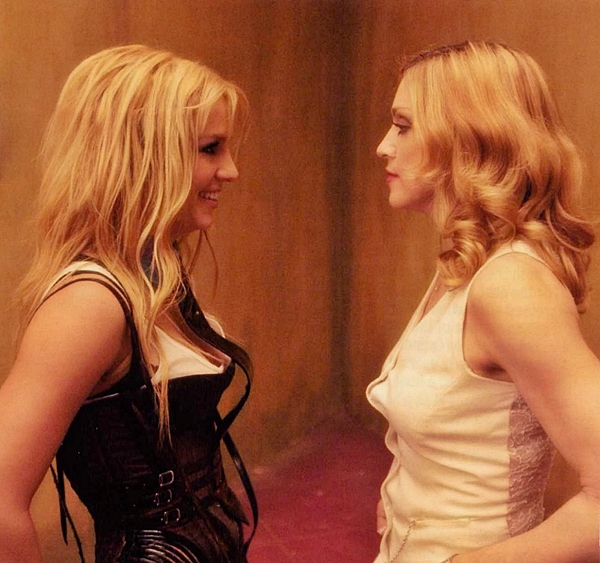 On December 7 2004, Britney Spears’ collaboration with Madonna, Me Against The Music, was bestowed with the Hot Dance Sales Single Of The Year award at the Billboard Music Awards ceremony at the MGM Grand in Las Vegas. 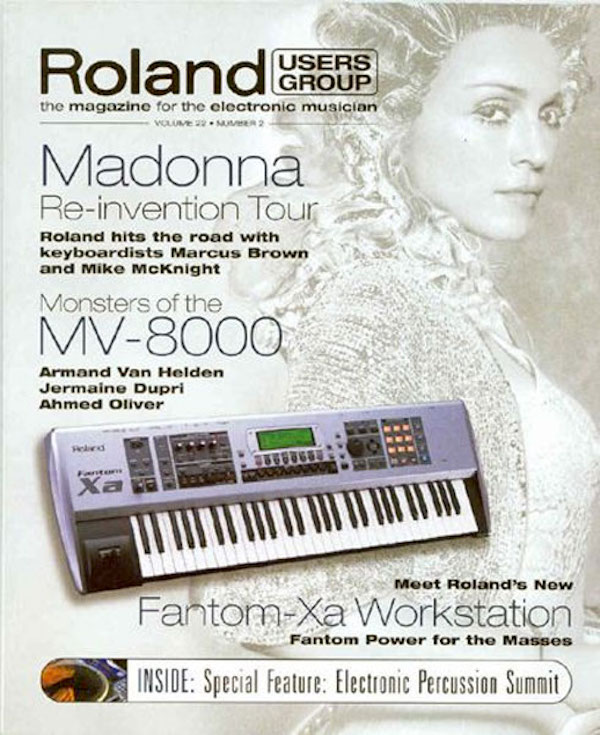 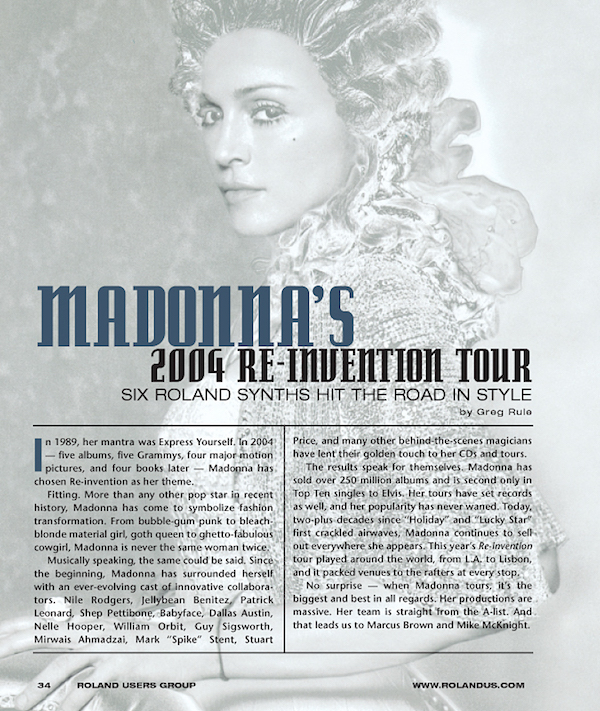 On November 14 2004, Madonna was featured on the cover of Roland Users Group magazine, with the headline, “Six Roland Synths Hit the Road in Style.” The article discusses some of the talented keyboardists (Marcus Brown and Mike McKnight) who toured with Madonna during her Re-Invention World Tour, and how the music was put together for the show.

Here’s some snippets from the article (interview by Greg Rule with Marcus Brown and Mike McKnight):

A person doesn’t just fall into a high-profile tour like this. What steps led you to getting the gig with Madonna?

Mike: Back in 1990 I was taking piano lessons from John Novello, and one of his students was working in Freddie DeMann’s office — Madonna’s manager back then. She gave John and I the heads-up about the auditions. John went in to audition as a keyboardist, and I got hired as a programmer/offstage keyboardist/sequencer guy. I got the gig mainly on the word of mouth that I could play keys offstage and sequence extra musical parts. I had just finished Earth, Wind & Fire before her tour geared up.

Originally it was supposed to be only a few background vocals, and repetitive keyboard and percussion parts in the computer — an Atari 1040 ST running Dr T’s sequencer. I was hired basically during the first week of band rehearsals, and I took the gig, since it looked like I wouldn’t have to go nuts with sequencing all of the parts from the multitracks. Wrong! During my first meeting with her she made it very clear she wanted everything in the computer. Back then all I had was an Atari 1040 and six 8MB samplers for playback, so while three were playing, three were loading up for the next song. It was nuts, but I pulled it off, and have been there for every tour since.

Marcus: I’d been working in England with Richard Ashcroft from The Verve. He’d done the support slot for Madonna when we she’d come to town a few years prior. Also, Steve, the drummer in Madonna’s band, had worked with Richard, so there was a bit of a connection there. When she was putting the band together for the Drowned World tour, my name came up, and that’s pretty much how it happened. No audition; I didn’t have to stand there and play Chopin or anything like that [grins]. I think it was more or less taken for granted that I could play.

With this kind of job, you have to get on with the people you work with, so a lot of it is about style and personality as well. We all came from a similar place. I was familiar with Steve’s work, and [musical director] Stuart Price’s as well, so it all came together nicely. I basically walked in and we got on with it. We started right away.

Describe steps you went through leading up to launch of the Re-invention tour.

Mike: I began programming for this tour while I was out on the road with Mariah Carey — just putting the files in order, making sure I had all the parts I needed. Stuart Price and I got to L.A. a week before rehearsal to begin putting together the arrangements. Stuart is a very good remixer and musician, and M expected him to “re-invent” many of her big hits from the ’80s and ’90s for this tour. I jumped in where I was needed, but Stuart did most of the arrangements. My main job was to put all of the possible versions into the computer for fine-tuning and rehearsal with M. She would come in and sometimes love the direction and sometimes would suggest other directions, and she usually wanted to hear her “vision” right away, which made my job “interesting” at times, but we got through it. She’s tough but fair, so it wasn’t too bad really.

Were strong sight-reading skills required for this gig?

Marcus: We haven’t typically had the music written out, unless something got thrown at us quickly, in which case we had a pile of those guitar chord-books for grabbing a basic chord structure.

The main way we’ve approached the tracks is … Stuart creates a sort of remixed version of a song in his studio, and plays it for Madonna. If she likes the version, he separates the parts into a multitrack session, and then we stand around and say, “Okay, I’ll do that bit, you do that line there, Steve can handle this part. etc.” We’d basically strip away as much as possible from the mix, and perhaps only leave a couple of little things here and there that we couldn’t physically do. Then we start getting sounds together and rehearsing the song.

Mike, You’ve been Madonna’s “right-hand man” on every tour for 10-plus years. What things have you learned that are invaluable to your survival on this gig?

Mike: Just to be prepared for everything. I have to have several versions of each song ready, as well as to be constantly thinking ahead to what she might ask for to spice up the arrangement. It’s important to have backups in several places, and to keep every variation ready just in case she decides to go back a version or two. In short — just think ahead and pay attention.

Final thoughts about life on the road with perhaps the most famous woman in the world?

Mike: Madonna is the ultimate touring experience; nobody else even comes close. She hires the best people, and the tour is run like a well-oiled machine with none of the stupidity I’ve become accustomed to on other tours. She works everyone very hard, but she expects as much of herself as anyone else on tour, so it’s cool. It just doesn’t get better than this. 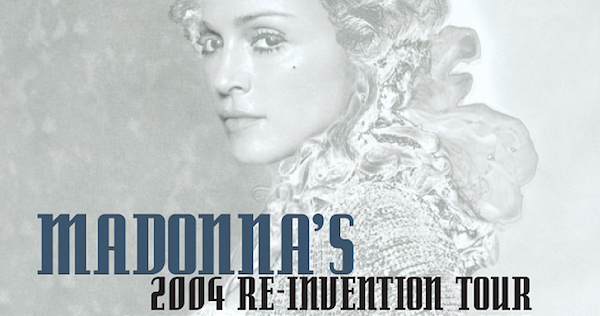 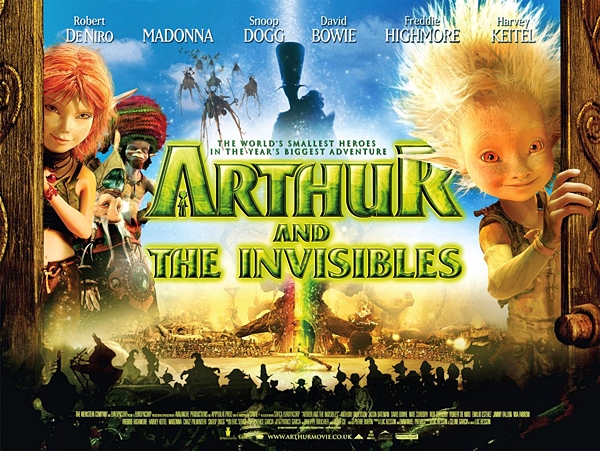 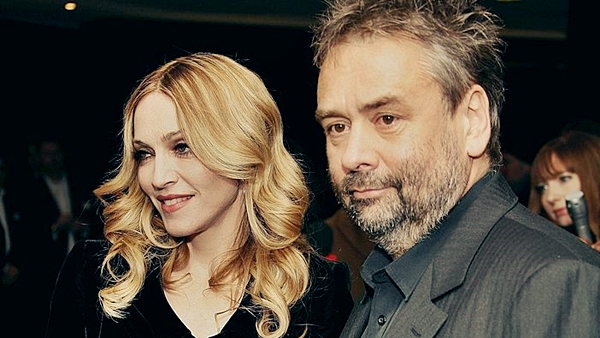 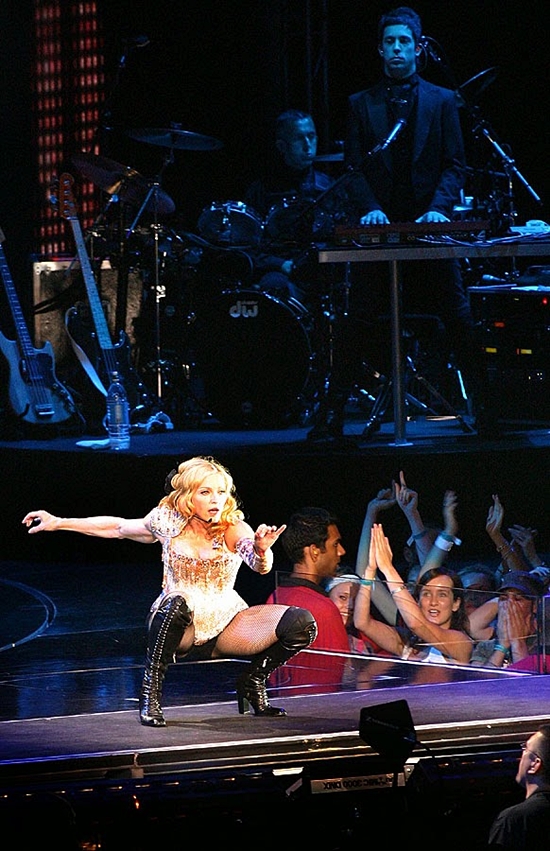 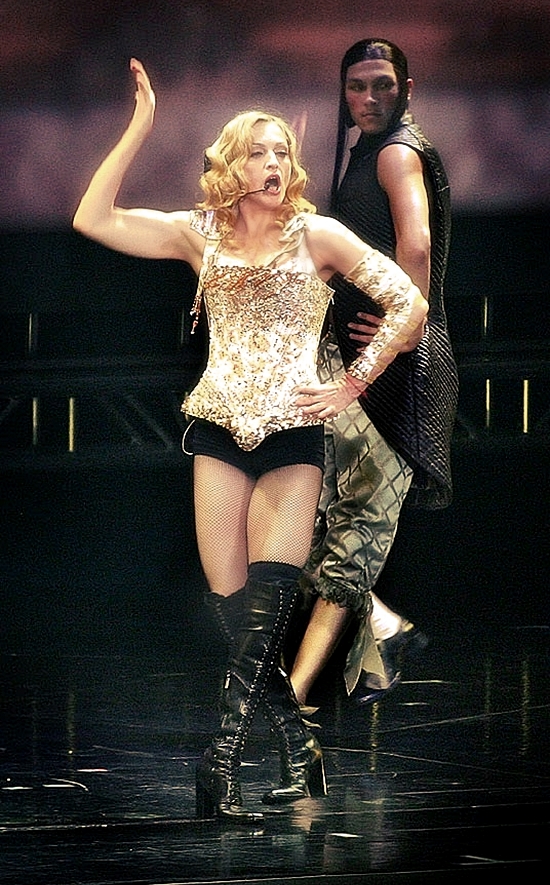 During the second show Madonna proclaimed to those in attendance that they were the best audience of the tour thus far, while the final Toronto date saw Madonna in an uncharacteristically playful mood. Interrupting the show’s normally swift progression between Papa Don’t Preach and Crazy For You, she joked about the infamous 1990 threats of arrest and whipped the audience into a cheering frenzy with her self-described “unprofessional” behavior.

Clearly the audience (myself included) didn’t mind one bit! 🙂 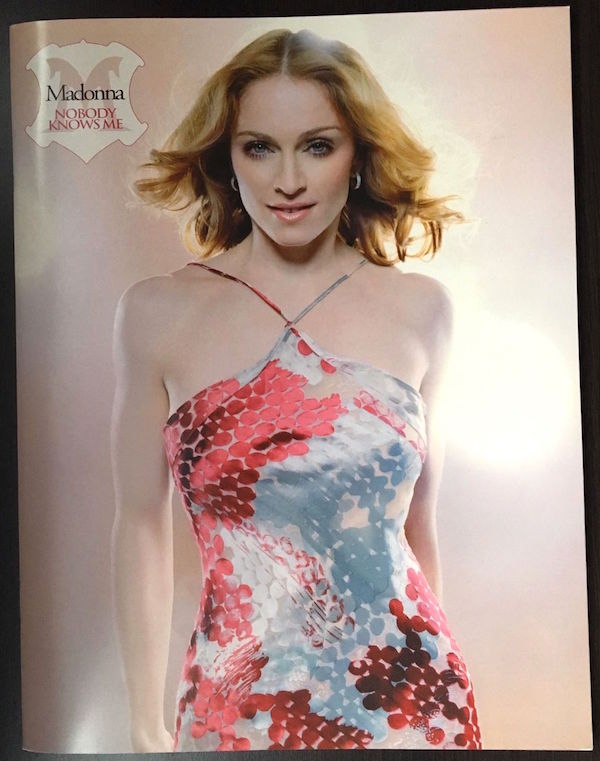 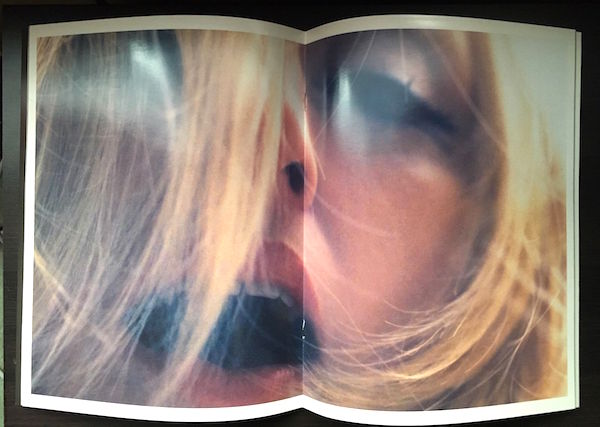 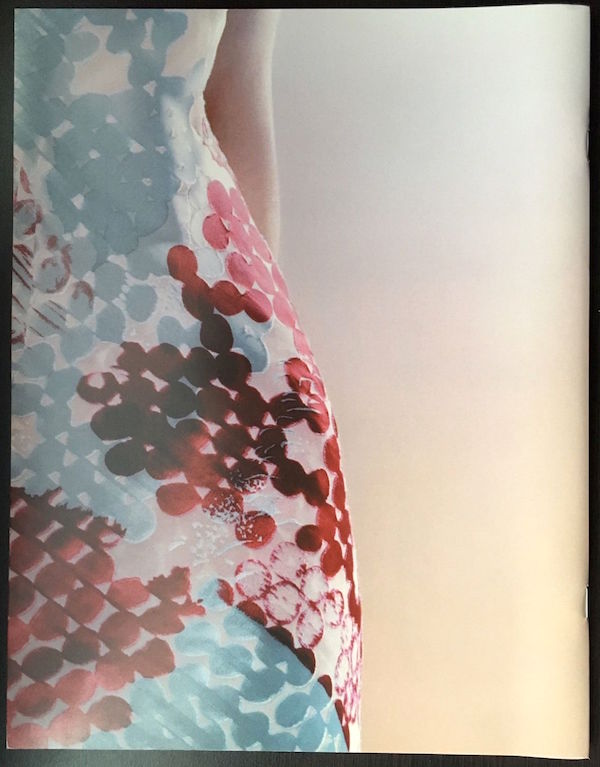 Here’s what Liz Rosenberg had to say when asked to comment on a highlight she witnessed in Madonna’s career:

“Highlights? There’s just too many.

It’s a highlight for me just to dance around the living room to Deeper and Deeper. And also when we played Vogue at a club for the first time.

The list goes on and on and I’m thrilled to have had a front row seat to most of it.” 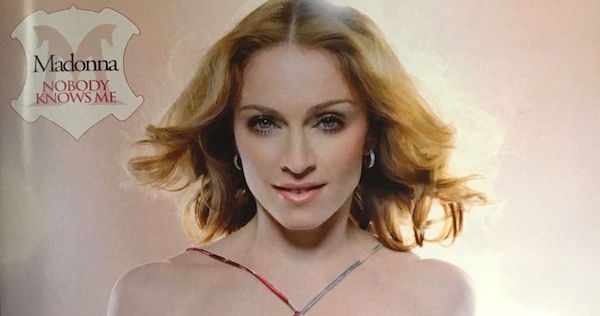 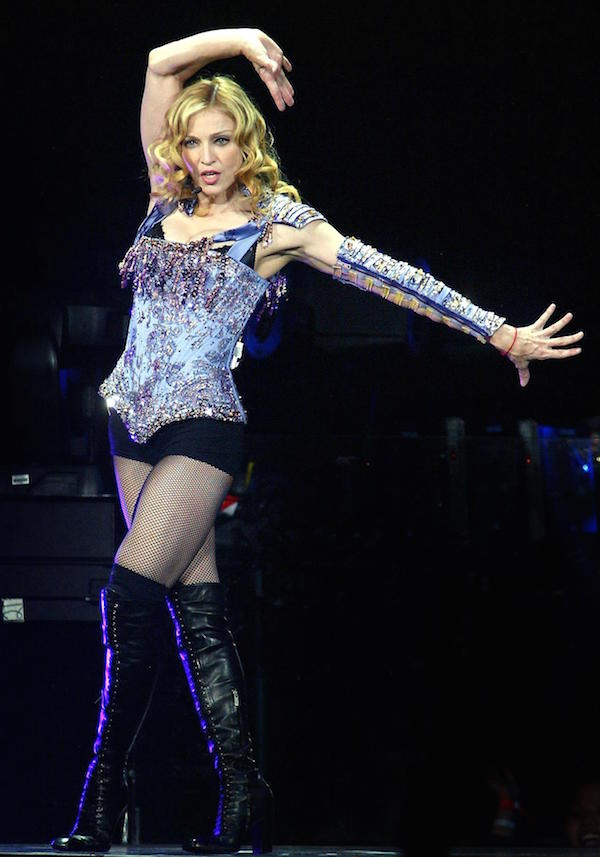 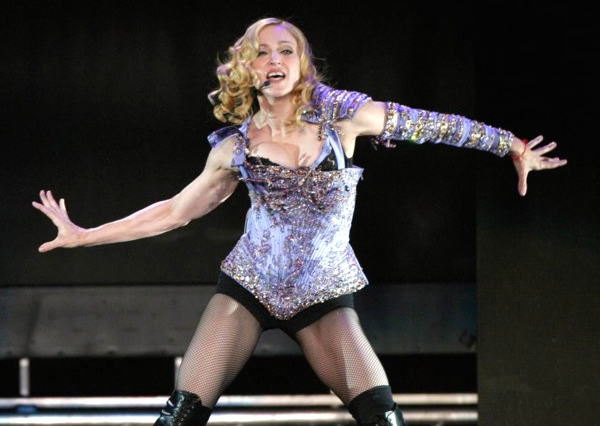 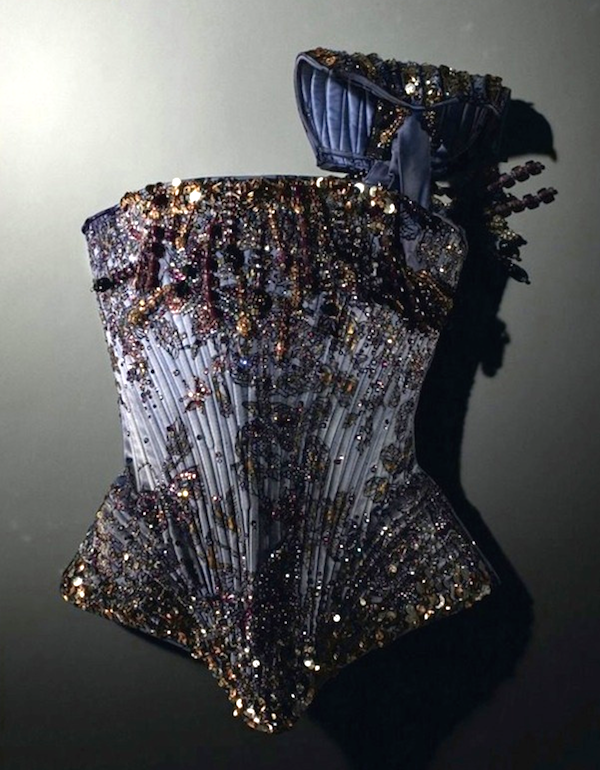 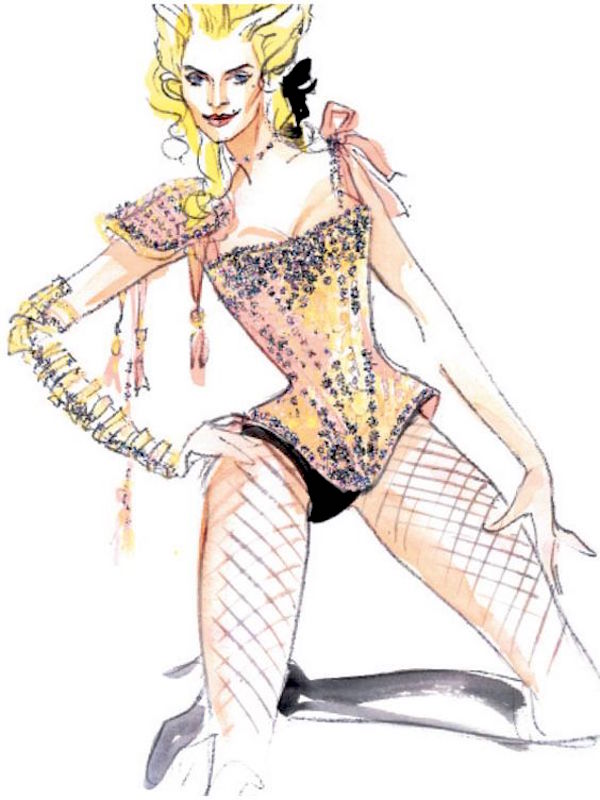 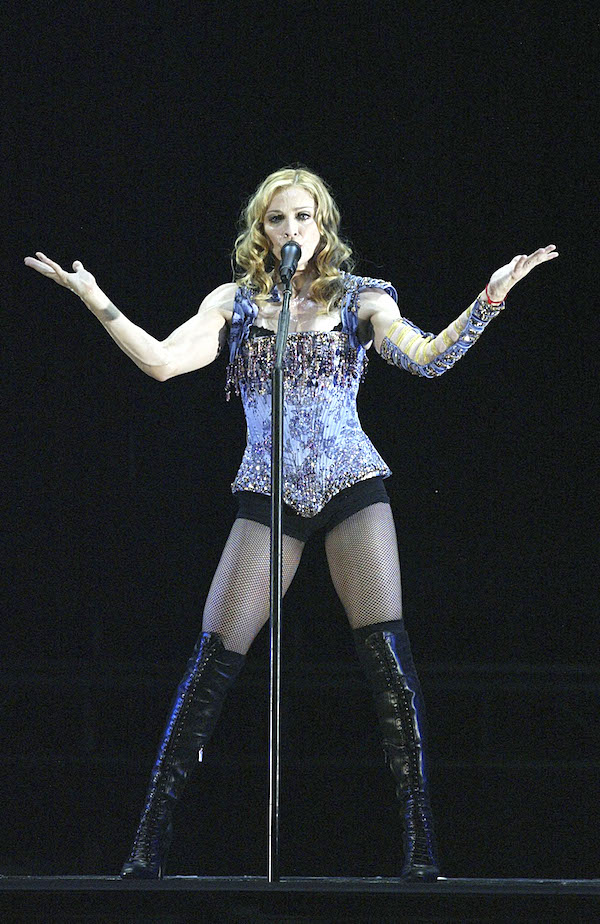 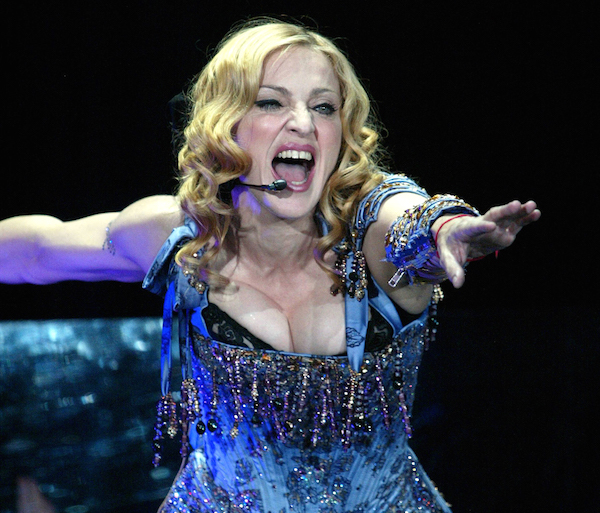 On December 6 2004, Madonna’s Re-Invention Tour corset made by French designer Christian Lacroix was put on display as part of the inauguration celebration of the Villa du Marais hotel. Seventeen rooms of the hotel were filled with Christian’s most impressive creations.

Madonna had two variations of the corset: gold and lilac. She wore the corset during Vogue, Nobody Knows Me and Frozen. 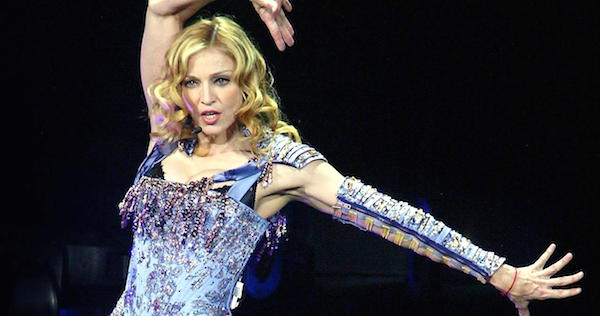