On March 31 1990, Keep It Together hit its peak position of number-eight on the Billboard Hot 100.

While it is possible that it reached its natural peak on the charts, some have speculated that the single’s ascent may have been prematurely interrupted by the sudden release of Madonna’s next single, Vogue.

On March 30 2014, Madonna posted this photo and statement on Instagram:

Laughing at all the haters out there who spend their energy trying to limit and label me with their prejudices and fears! Take your evil tongue and eye and turn them into birds that fly! Don’t waste precious time. Spend it on things you love! 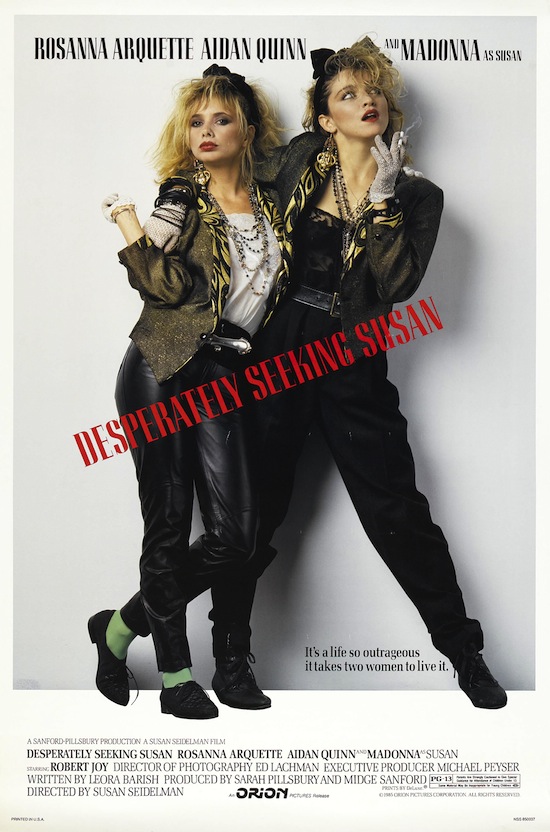 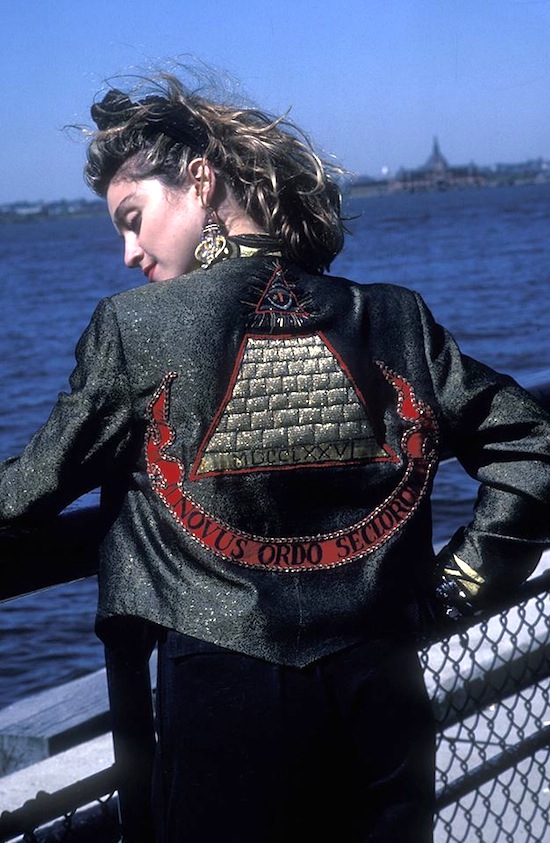 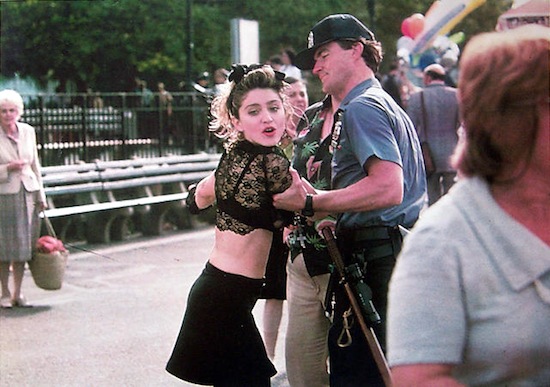 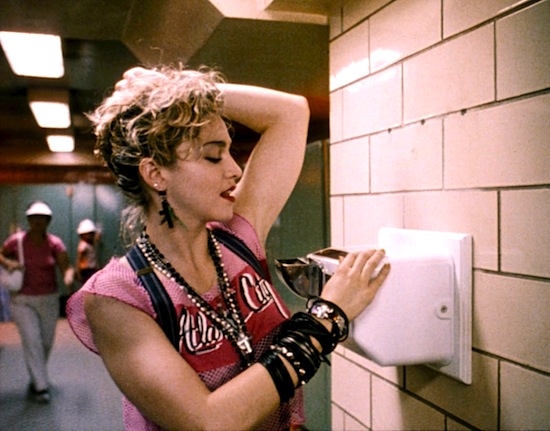 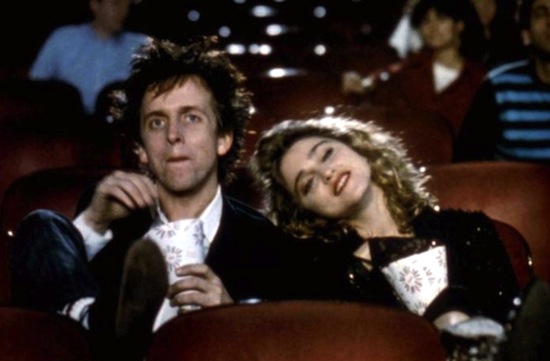 On March 29 1985, Desperately Seeking Susan was released. The American comedy-drama was directed by Susan Seidelman and starred Rosanna Arquette and Madonna.

The New York Times film critic Vincent Canby named the film as one of the 10 best films of 1985.

Interesting facts: The filmmakers had initially wanted Diane Keaton and Goldie Hawn to play the roles of Roberta and Susan, but the director decided to cast newcomers Rosanna Arquette and Madonna instead and the studio wanted the film to have younger actors in order to appeal to younger filmgoers. Bruce Willis was up for the role of “Dez” and Melanie Griffith was up for the part of “Susan”. Madonna barely beat out Ellen Barkin and Jennifer Jason Leigh for the part of Susan. Suzanne Vega also auditioned for the role of Susan, but was passed over.

On March 28 2004, Madonna.com confirmed that the following dates for the Re-Invention Tour had sold out: 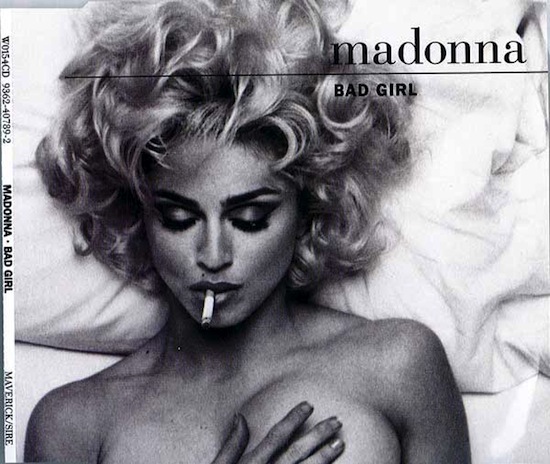 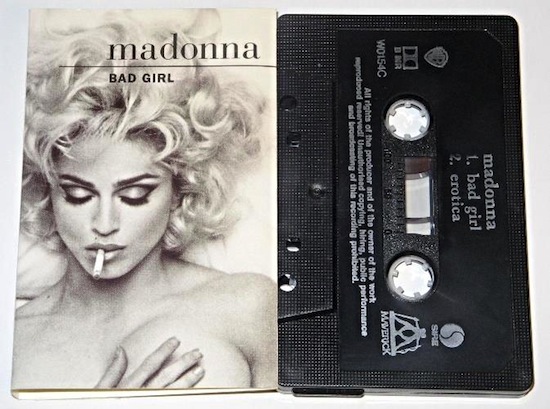 The single remained on the chart for 11 weeks. Bad Girl performed moderately well on the Hot 100 Singles Sales and Hot 100 Airplay charts, peaking at numbers 36 and 44 respectively. It reached the top spot on the Hot Dance Music/Maxi-Singles Sales chart, thanks to the remixes of Fever, which were included on the maxi single. 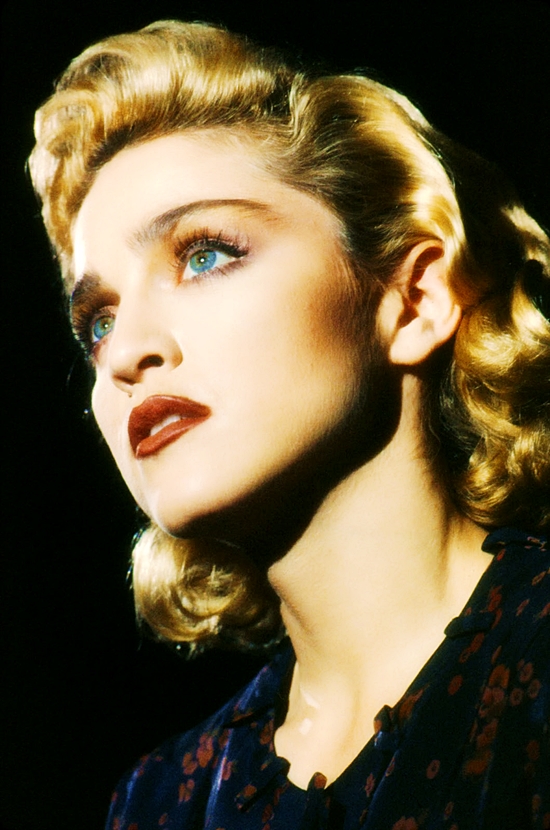 On March 26 1986, Live To Tell was released as a single in North America by Sire Records. The haunting and dramatic ballad, written and produced by Madonna & Patrick Leonard, was the first commercially released collaboration between the pair – a songwriting partnership that is viewed by many fans as one of her most creatively successful.

Leonard had previously been involved with Madonna’s Virgin Tour as musical director, and when Madonna agreed to participate in Live Aid in the Summer of 1985, she asked him to collaborate on a new song for the performance, which evolved into Love Makes The World Go Round.

Although both songs would find their way on to Madonna’s next studio album, True Blue, at the time of Live To Tell’s release the album’s title had not yet been decided. Instead, the song was used to promote Sean Penn’s film At Close Range, in which it was featured alongside an original score composed by Leonard.

He had initially composed the music that evolved into Live To Tell for another film he had been invited to score for Paramount, titled Fire With Fire. The producers of the film passed on the theme. Leonard recalled the subsequent series of events that led to the song’s completion in The Billboard Book of Number One Hits by Random House:

“Madonna said ‘This song would be great for Sean’s new movie.’ She wrote the lyrics–she just wrote them on the spot, which is what we always do. I don’t think we’ve ever taken more than three hours to complete a song from start to finish. She sang it on the demo only once and left with the cassette. That day I went to work with Michael Jackson on some transcriptions for material he was writing for the Bad album. The phone rang at Michael’s and it was Sean. He said ‘I’m over at the director’s house and Madonna just brought the song over. We love it and we’d like to talk to you about it.’ … We recut the song, but we used the same vocal. She only sang it once for the demo and that was the vocal we used because it was so innocent and so shy. She had a legal pad in her hand and you can hear the paper. It’s as raw as raw can be and that’s part of what gave it all its charm.”

When the demo recording of Live To Tell eventually surfaced, it became evident that Madonna had in fact re-recorded the first verse, but all remaining vocals do indeed appear to have been carried over from the demo to the final mix (along with a generously added dose of reverb to smooth over the rough edges of the demo take).

Given the song’s dark undercurrents and unresolved narrative, it was a bold choice for a single release. It marked a dramatic shift from the yearning love song, Crazy For You – her only other ballad to have been issued as a single at the time. But any radio programmers who were hesitant to consider Madonna as a serious artist simply couldn’t deny the artistry of the song and nor could record buyers, with the combined support sending Live To Tell straight to the top of the pop charts. It was also a significant Adult Contemporary crossover success, becoming her first single to reach number-one on Billboard’s Hot AC chart where it reigned for three weeks.

On March 25 1997, Madonna performed You Must Love Me at the 68th Academy Awards. The song won the Academy Award for Best Original Song.

Kathleen Guerdo from Billboard said that “Madonna delivers what is by far one of the strongest vocal performances of her career, comfortably scaling to the song’s demanding soprano heights while infusing it with delicate, heart-rending emotion.”