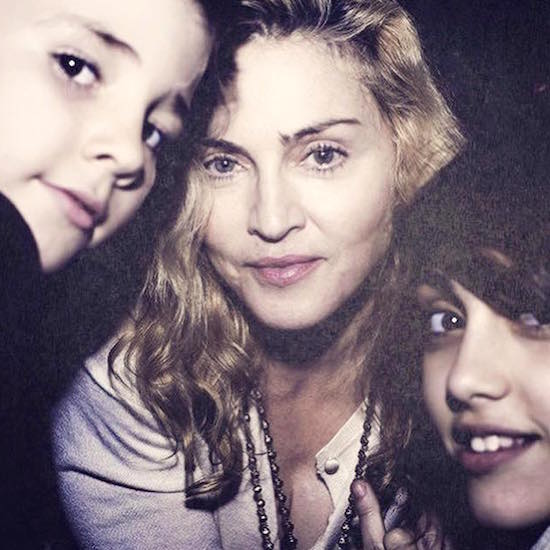 On May 10 2015, Madonna tweeted a lovely tweet to all the Mothers of the world: 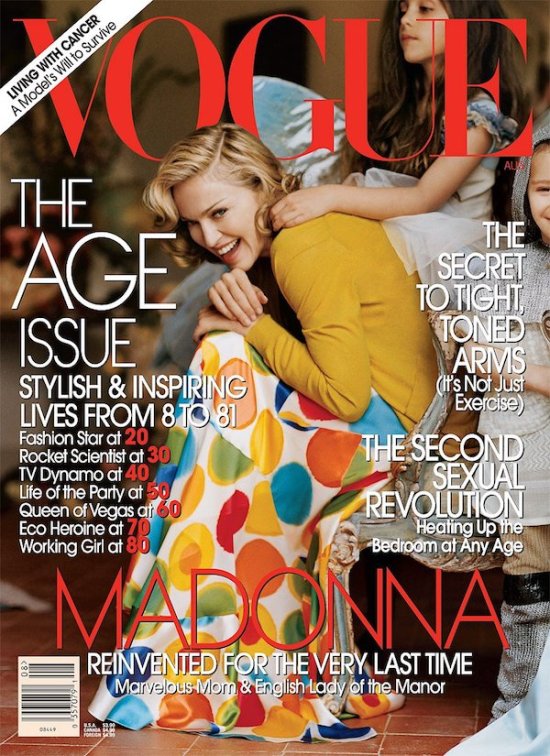 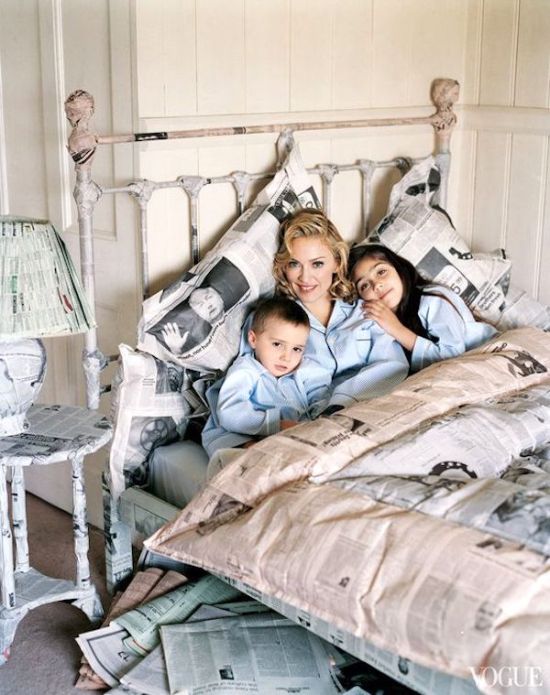 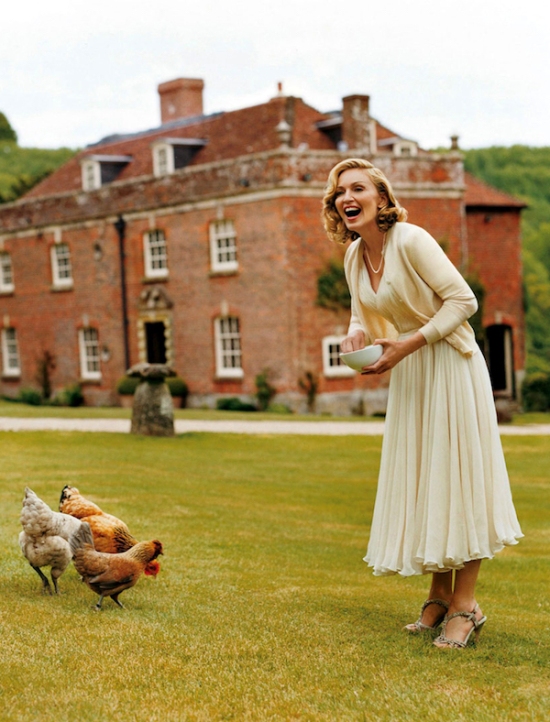 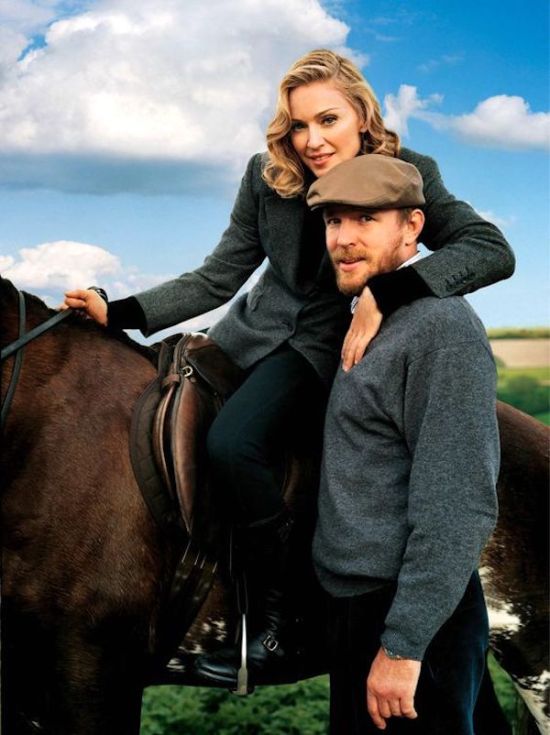 On August 1 2005, Madonna appeared on the cover of Vogue magazine, along with daughter Lourdes and son Rocco. Photos by Tim Walker. 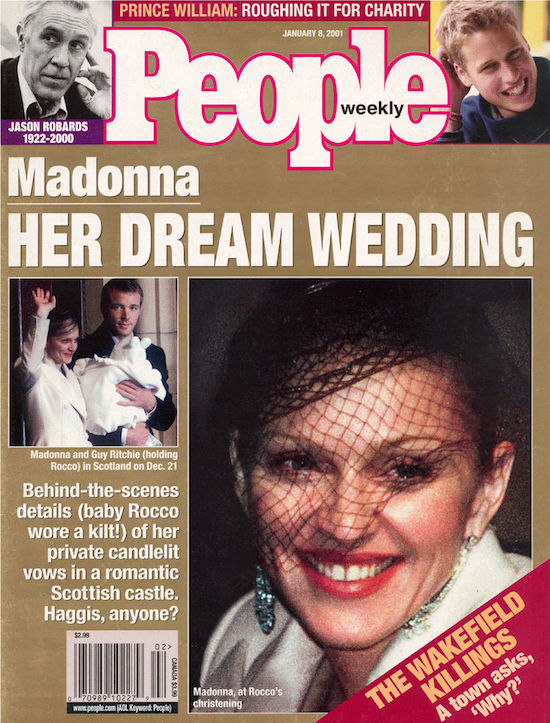 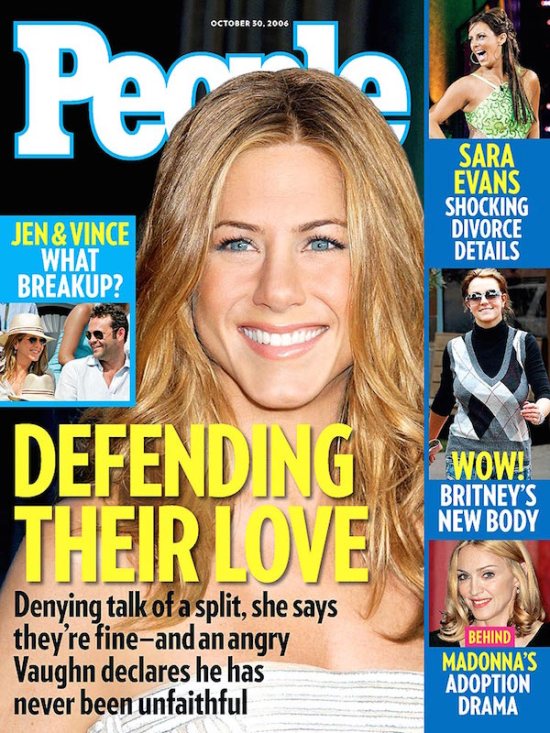 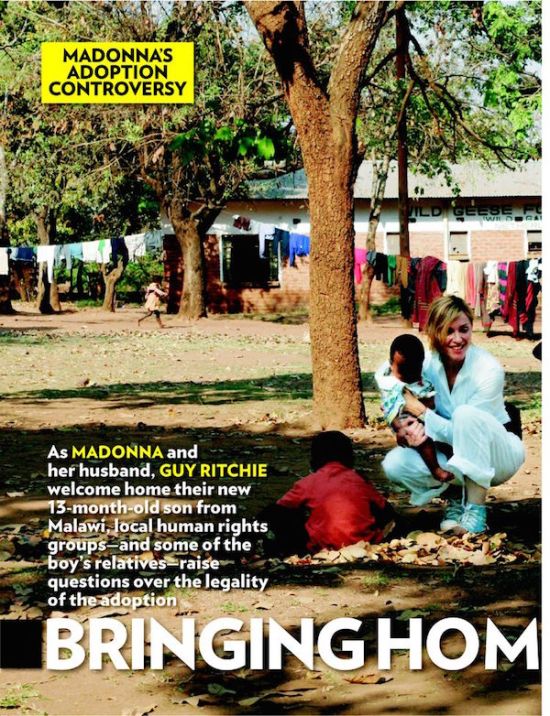 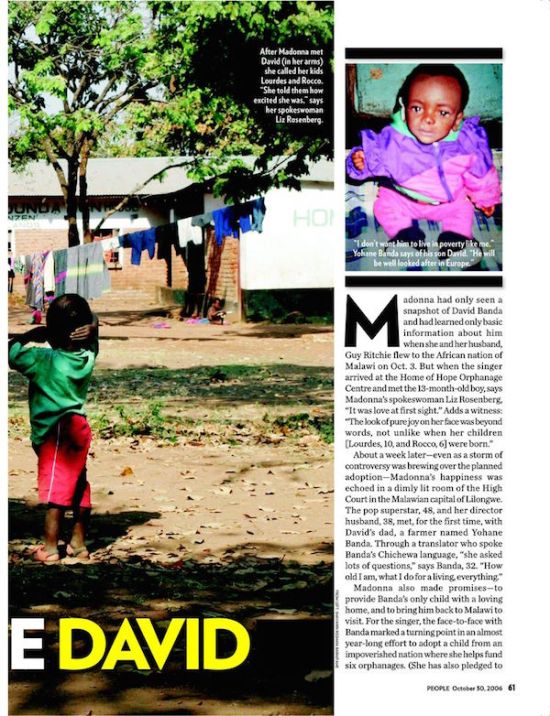 On October 30 2006, Madonna appeared on the cover of People magazine with the headline: Madonna’s Adoption Drama.

Here’s a snippet of the article:

As Madonna and Her Husband, Guy Ritchie Welcome Home Their New 13-Month-Old Son from Malawi, Local Human Rights Groups—and Some of the Boy’s Relatives—Raise Questions Over the Legality of the Adoption.

Madonna had only seen a snapshot of David Banda and had learned only basic information about him when she and her husband, Guy Ritchie flew to the African nation of Malawi on Oct. 3. But when the singer arrived at the Home of Hope Orphanage Centre and met the 13-month-old boy, says Madonna’s spokeswoman Liz Rosenberg, “It was love at first sight.” Adds a witness: “The look of pure joy on her face was beyond words, not unlike when her children [Lourdes, 10, and Rocco, 6] were born.”

About a week later—even as a storm of controversy was brewing over the planned adoption—Madonna’s happiness was echoed in a dimly lit room of the High Court in the Malawian capital of Lilongwe. The pop superstar, 48, and her director husband, 38, met, for the first time, with David’s dad, a farmer named Yohane Banda. Through a translator who spoke Banda’s Chichewa language, “she asked lots of questions,” says Banda, 32. “How old I am, what I do for a living, everything.”

Madonna also made promises—to provide Banda’s only child with a loving home, and to bring him back to Malawi to visit. For the singer, the face-to-face with Banda marked a turning point in an almost year-long effort to adopt a child from an impoverished nation where she helps fund six orphanages. (She has also pledged to sponsor improvements through the Millennium Promise program.) For Banda—who ekes out a living farming onions and cabbage, and placed David in the church-run Home of Hope when his wife died—it was a chance to give his son, he tells PEOPLE, “a brighter future.” Adds David’s grandmother Asineti Mwale, 56: “God has heard our prayer. May he bless this kindhearted woman abundantly.”

On August 28 2000, Madonna appeared on the cover of People magazine with the headline: Labor Days! With Their Men Standing By, Madonna, Catherine Zeta-Jones and Iman Give Birth to New Little Scene-Stealers.

August is often the busiest month for the nation’s maternity wards, but this year it was certainly the most glamorous. On Aug. 8 actress Catherine Zeta-Jones gave birth to son Dylan, with fiancé Michael Douglas nearby. Three days later, reportedly under more urgent circumstances, pop diva Madonna and film director Guy Ritchie welcomed son Rocco. And on Aug. 15 model-actress Iman and her husband, David Bowie, celebrated the arrival of daughter Alexandria. Here, the stories of those joyful beginnings. A Rocky Ride for Madonna’s Rocco There are limits even for those who like to have it all. With daughter Lourdes, 3, underfoot and another child on the way—an addition that she has said will add to her battalion of “nannies, housekeepers and assistants”—Madonna decided that life was getting a bit too hectic, shuttling between homes in Los Angeles, New York City and London, where she most recently shared a $15,000-a-month, four-story townhouse with Baby No. 2’s father, British director Guy Ritchie. Three weeks ago the Material Mom gave away two of her three Chihuahuas, letting Lourdes keep Evita while farming out Chiquita and Rosita to actor Glenn Shadix. “I e-mailed our mutual friend Rupert Everett in Italy to help convince Madonna that I would give the girls a proper home,” says Shadix, who owns two female terriers. “All four girls get along fabulously.”