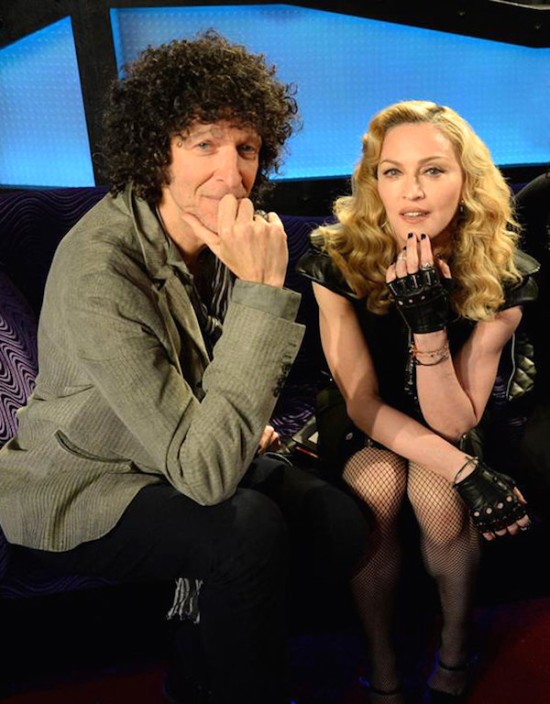 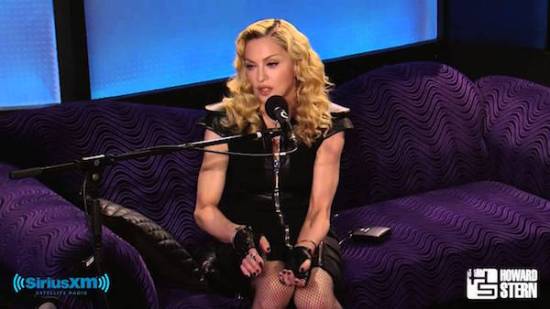 On March 11 2015, Madonna was interviewed by Howard Stern on SiriusXM.

Here are some tidbits we learned about Madonna during the interview, according to Rolling Stone magazine: 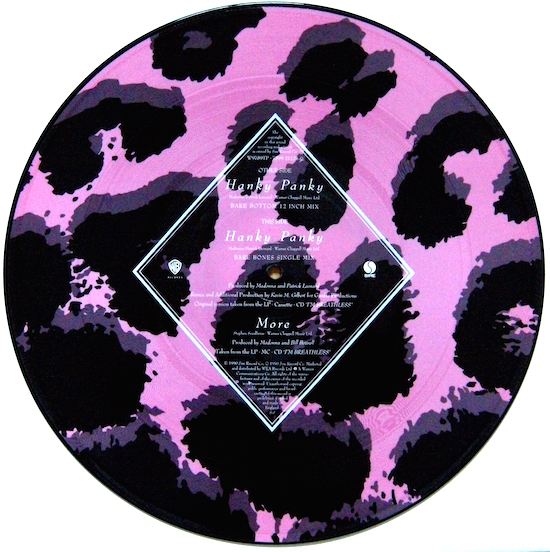 During an interview with Rolling Stone, Madonna talked about getting a good “spanky”:

The spanking thing started because I believed that my character in Dick Tracy liked to get smacked around and that’s why she hung around with people like Al Pacino’s character. Warren Beatty asked me to write some songs, one of them, the Hanky Panky song, was about that. I say in the song ‘Nothing like a good spanky’, and in the middle I say, ‘Ooh, my bottom hurts just thinking about it’. When it came out everybody started asking, ‘Do you like to get spanked?’ and I said: ‘Yeah. Yeah, I do’. 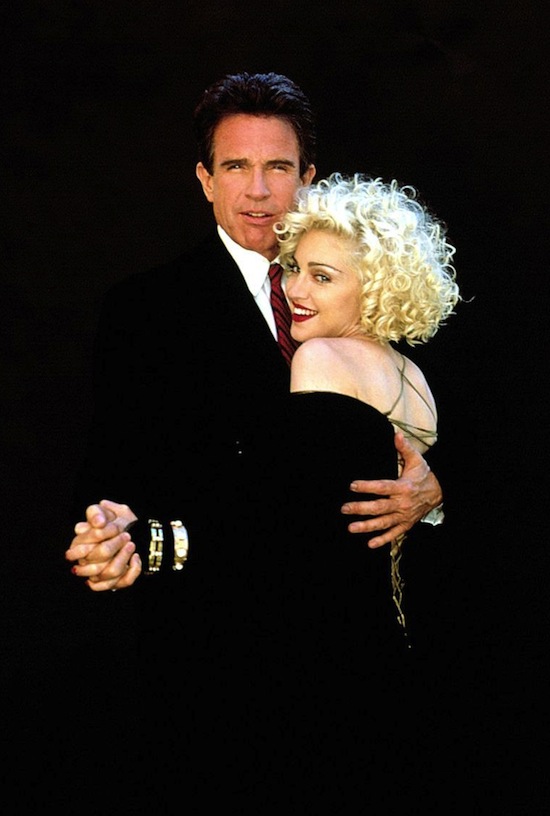 On June 17 1990, it was announced that Dick Tracy grossed $23 million at the US box-office during its opening weekend.

When was the last time that you watched Dick Tracy? Has the film aged well? Are you a fan of Madonna’s performance in Dick Tracy? 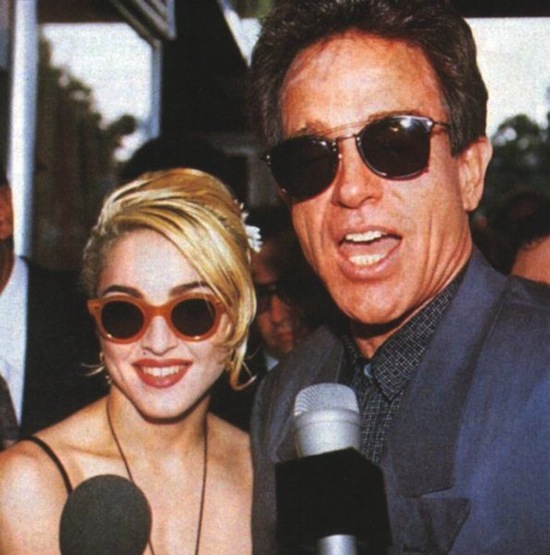 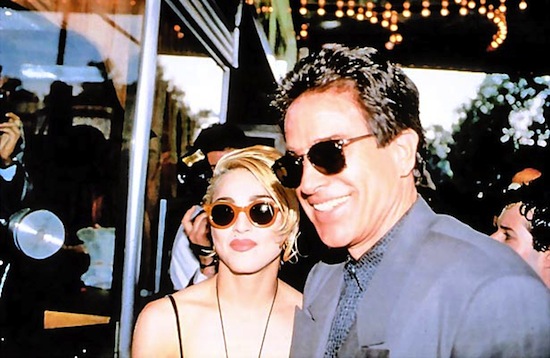 On June 10 1990, Madonna and Warren Beatty attended the premiere of Dick Tracy in Washington, DC.

Madonna rocked a pair of John Fluevog Munster platforms at the premiere. The shoes were highlighted again in Madonna’s Truth or Dare documentary.

I’m a HUGE fan of Vogs. My favourite pairs (right now): My CBC’s, Garrics and James. The staff at the Distillery store in Toronto are TOP NOTCH — Big Vog Fan from Toronto — Jay

On March 11 2015, Madonna was interviewed by Howard Stern on SiriusXM.

Here are some tidbits we learned about Madonna during the interview, according to Rolling Stone magazine:

On July 2 1990, Madonna was featured on the cover of People Magazine with Warren Beatty to promote Dick Tracy.

Here’s what Ebert had to say:

Although the movie seems happiest when it is retailing potential scandal, its heart is not in sex but in business, and the central value in the film is the work ethic. Madonna schedules herself for a punishing international tour of mostly one-night stands and then delivers with a clockwork determination, explaining to a family member in Detroit that she can’t go out to party because she has to conserve her strength.

Night after night the exhausting show goes on, taking on aspects of a crusade for the cast members. Ironically – given Madonna’s onstage use of sacrilege as a prop – every show is preceded by a prayer session, everyone holding hands while Madonna asks God’s help and recites a daily list of problems. And when her dancers have personal problems, they come to her as a counselor and mother figure.

She seems to like it that way, and halfway through the film I was even wondering if she deliberately chose insecure dancers with dependent personalities because she enjoyed playing mother to them.

Madonna has kept her act fresh by adopting a long series of public star personas, yet, backstage, people don’t relate to her as a star, but as the boss. Her charisma comes not through glitter but through power, and there is never any doubt about exactly who is in charge.

We get the feeling that if show biz ever loses its appeal for her, she could be successful in business or even politics: She’s a hard-headed organizer, a taskmaster, disciplined and clear-headed.

The movie follows the Blond Ambition tour from its soggy beginnings in Japan’s rainy season through a series of appearances across the world. There’s the Los Angeles concerts with all of the celebrities backstage (Kevin Costner tells her the concert was “neat,” and once he leaves she sticks a finger down her throat).

At one point in the film, talking about how lonely it is at the top, she’s asked if she ever knew true love, and she answers sadly, “Sean. Sean.” But she never says another word about her former husband, Sean Penn. In the opening scenes she is glimpsed briefly with boyfriend Warren Beatty, but then he disappears, unmentioned, after making what sounded to me like fairly sensible observations (he complains that, for Madonna, if it doesn’t happen on camera it hardly happens at all).

The organizing subject of the whole film is work. We learn a lot about how hard Madonna works, about her methods for working with her dancers and her backstage support team, about how brutally hard it is to do a world concert tour. Unlike most rock documentaries, the real heart of this film is backstage, and the onstage musical segments, while effectively produced, seem obligatory – they’re not the reason she wanted to make this film.

Why is work so important to her? Maybe there’s a hint in the many scenes where she takes a motherly interest in the personal lives of her dancers, and even joins them between the sheets for innocent, bored, adolescent sex games. Madonna, who has had such success portraying a series of sexual roles and personalities, seems asexual on a personal level. A voyeur rather than a participant. Control and power are more interesting to her than intimacy. When she manipulates the minds of a stadium full of fans, that’s exciting. It’s not the same, working with one person at a time.