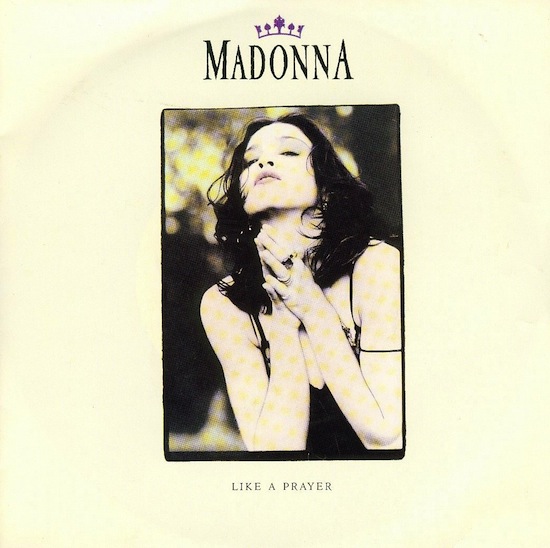 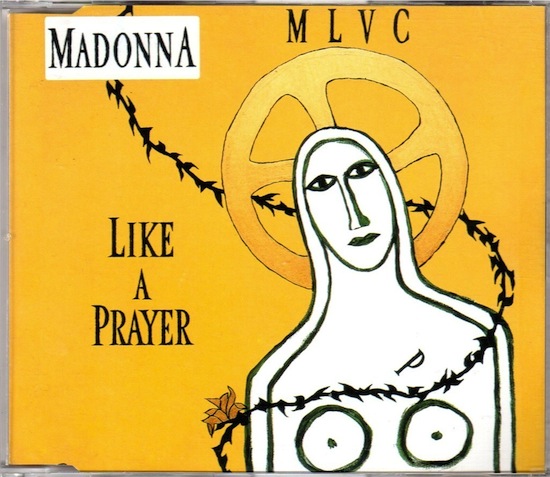 On April 15 1989, Madonna’s Like A Prayer became the number one dance single on the Billboard Hot Dance Club Play chart.

Like A Prayer remained number one for the week of April 22.

On February 7 1987, Open Your Heart hit number-one on the Billboard Hot 100 in the U.S. The track was the 4th international single release from the True Blue album.

While the song has kept a relatively high-profile amongst Madonna’s hits through the years – having been included on the set-lists of four of her world tours (including her most recent MDNA Tour) and two of her greatest hits albums – the single attained only moderate success on the charts (by Madonna’s own standards) in most countries outside the U.S.

Open Your Heart peaked at number-eight in Canada; at number-six in Australia, Italy, Belgium and The Netherlands; and landed outside the top-ten in France (twenty-four), Switzerland (eleven), Germany (seventeen) and Austria (eighteen). It fared better in the UK, hitting number-four – and it achieved its highest European placement in Ireland, topping out at number-two. 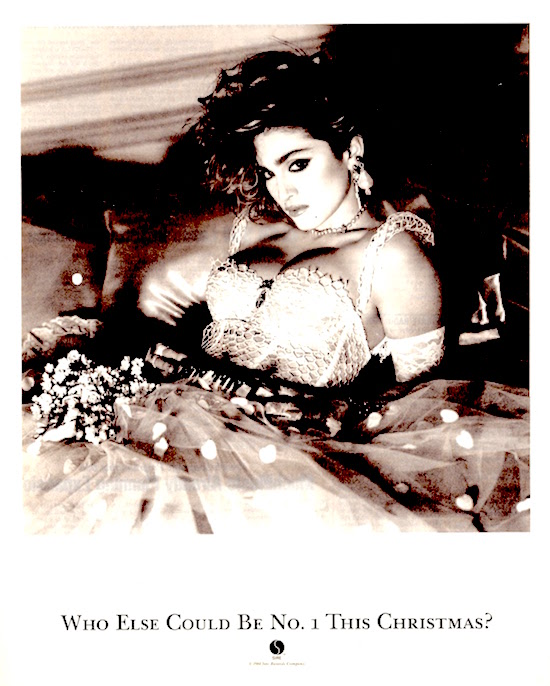 A promotional ad for the hit single read:

WHO ELSE COULD BE NO. 1 THIS CHRISTMAS?

On September 26 2009, Celebration became Madonna’s 40th number-one song on the Billboard Hot Dance Club Songs chart in the US.

The remixes by Benny Benassi in particular were so well received that Madonna chose to use his version for the song’s music video instead of the Oakenfold produced album version. During her 2012 MDNA Tour, Benassi’s remix of Celebration was featured again when it was used for the show’s closing number.

Following in the tradition of Shep Pettibone and William Orbit, Benassi was promoted from remixer to co-songwriter/producer status when Madonna agreed to collaborate with him on several tracks for her MDNA album, including the set’s second single Girl Gone Wild. 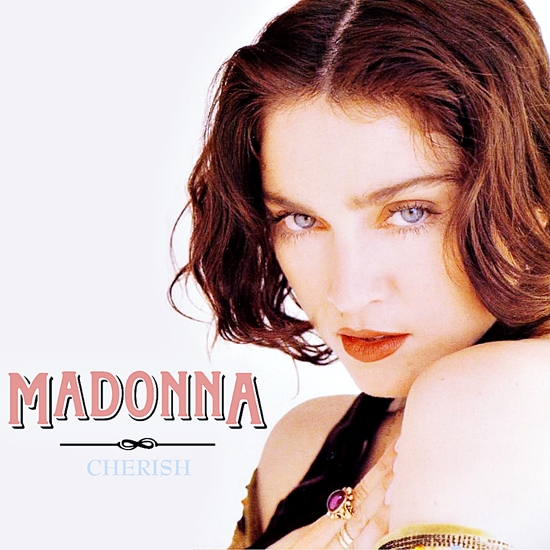 On August 29 1989, the music video for Cherish – the third single from the album Like A Prayer – premiered in Canada.

The song was written by Madonna & Patrick Leonard and was one of the first tracks completed for the album. Madonna had been reading Shakespeare’s Romeo & Juliet during breaks from rehearsals for the play Speed The Plow, which inspired the lyrics for the song.

The video was filmed on July 22, 1989 at Paradise Cove Beach in Malibu, California. It marked the first time that late photographer Herb Ritts had crossed over to shooting and directing a music video, which he agreed to do reluctantly at Madonna’s insistence. He quickly became a highly sought-after music video director, winning numerous awards for his work within the medium.

“Cherish” hit the top of the charts in Canada on October 9th, spending two weeks at number-one. It went on to become the ninth best-selling single of the year with a total of seventeen weeks on the RPM Singles chart.

While no maxi-single was issued for Cherish in North America, the single included the previously unreleased Like A Prayer outtake Supernatural – another collaboration with Patrick Leonard. 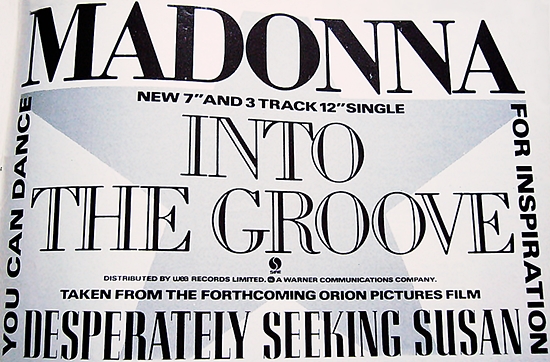 On August 10 1985, Into The Groove spent the first of four weeks in the #1 position on the UK Singles Chart. It was Madonna’s first chart-topping single in the UK, where she has collected a total of thirteen #1 hits to date.

As an added validation, Into the Groove was Madonna’s first self-produced release (co-produced with Stephen Bray). While artists co-producing their own work is common today, it was relatively unusual at the time, particularly for female artists. The immense success of the single undoubtedly helped convince the powers at Sire/Warner to grant Madonna the artistic freedom to co-produce her next album, True Blue, together with her collaborators Stephen Bray and Patrick Leonard. 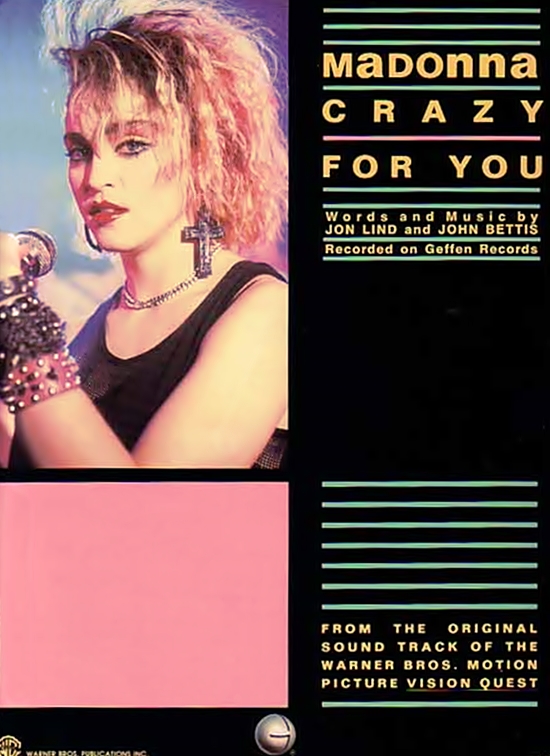 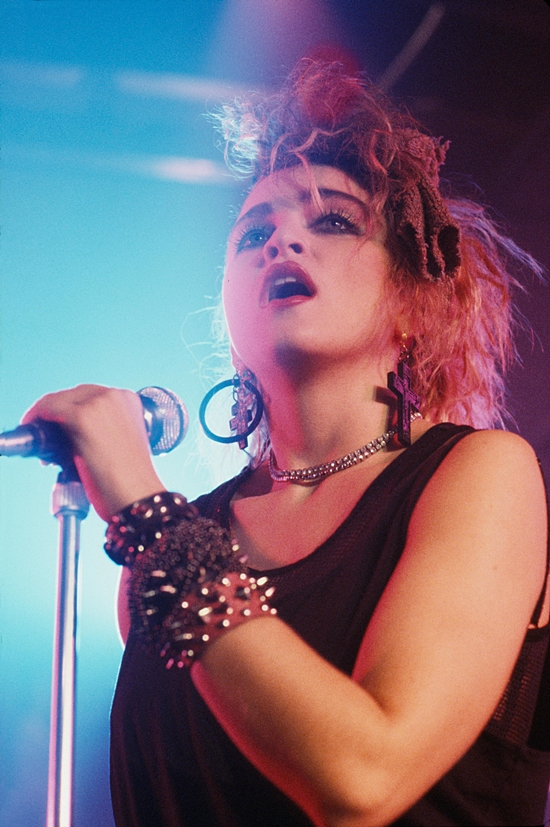 On May 11 1985, Crazy For You hit number-one on the Billboard Hot 100 chart in the U.S. for one week. The track had spent the two previous weeks in the runner-up position behind the all-star single, We Are The World. In Canada, Crazy For You took a few weeks longer but also managed to displace USA For Africa’s charity track to become the county’s number-one single on May 25th.

The song was Madonna’s second chart-topping hit, and her first ballad to be released as a single.