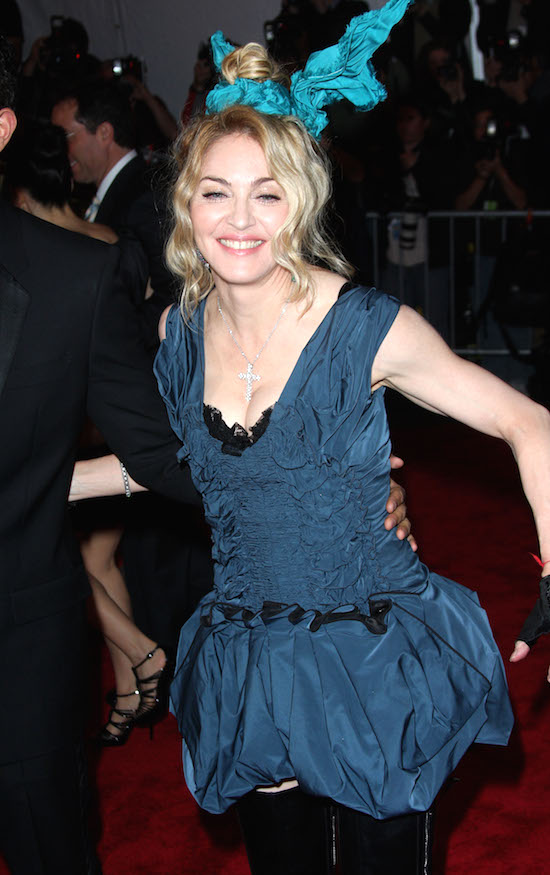 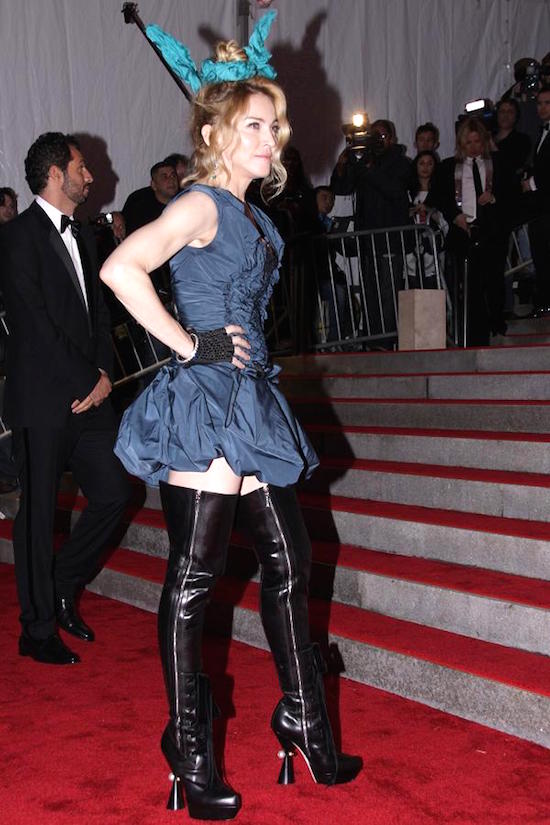 On May 5 2009, Madonna attended The Metropolitan Museum of Art’s Costume Institute Gala Ball with Jesus Luz (boyfriend), Guy Oseary (her manager) and her publicist Liz Rosenberg.

Here’s what Marie Claire had to say about Madonna’s MET appearance:

Madonna blows minds with bunny ears! Madonna was back to her attention-grabbing best last night, stepping out for her first red carpet appearance with toyboy lover Jesus Luz at The Metropolitan Museum of Art’s Costume Institute Gala ball. And it wasn’t just the arm candy that got tongues wagging. The Queen of Pop brought out her 80s side, taking the evening’s dress theme – The Model As Muse: Embodying Fashion’ and running with it. Dressed in a navy blue ruched Louis Vuitton mini dress, thigh-high black boots and the black fingerless gloves of old, Madge completed her ensemble with a teal-coloured hair piece tied around a top knot. The style chameleon’s get-up didn’t put off beau of the moment though, as 22-year-old toy-boy, Jesus Luz, showed up at fashion’s most stylish annual bash, looking super suave in a slick black dinner jacket and waited attentively as the flashbulbs went into overdrive for his date. The pair has frequently been spotted out and about in New York in recent weeks but last night was the couple’s first outing as a confirmed item and the duo couldn’t have cared less about the ensuing gossip. 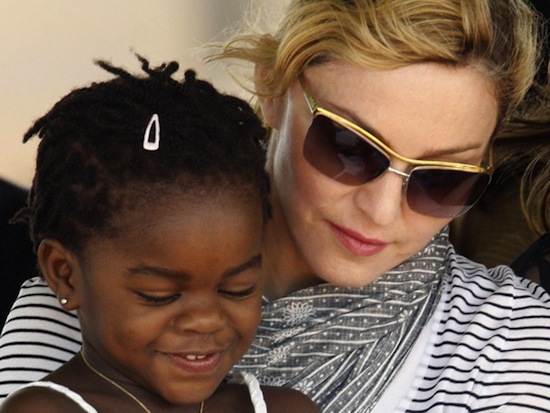 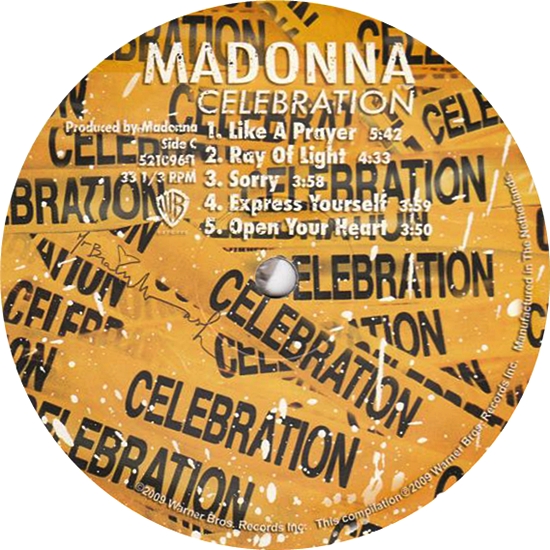 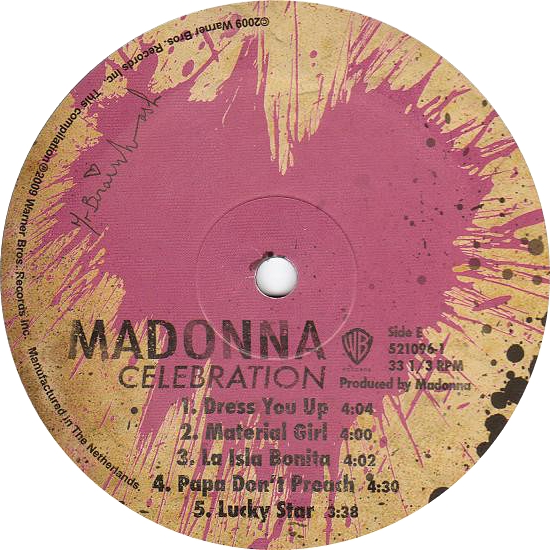 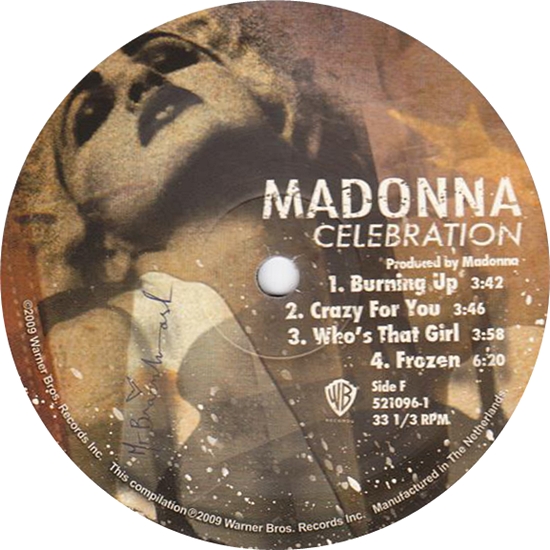 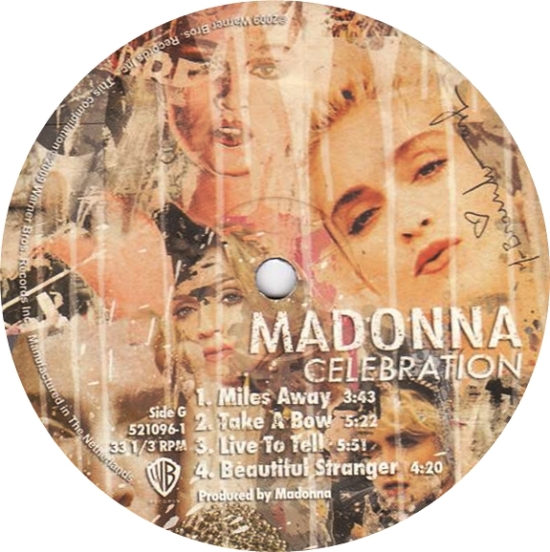 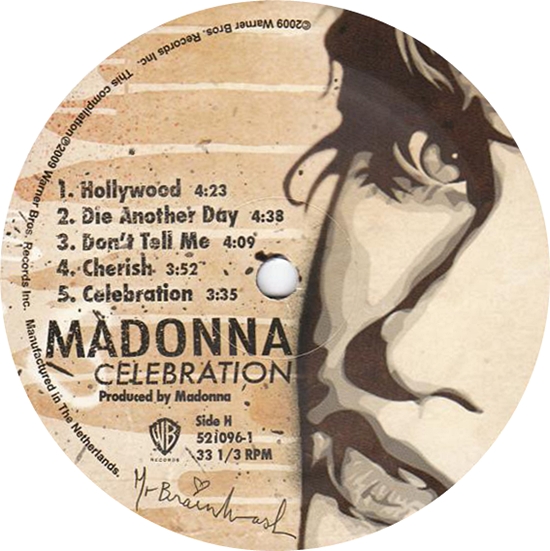 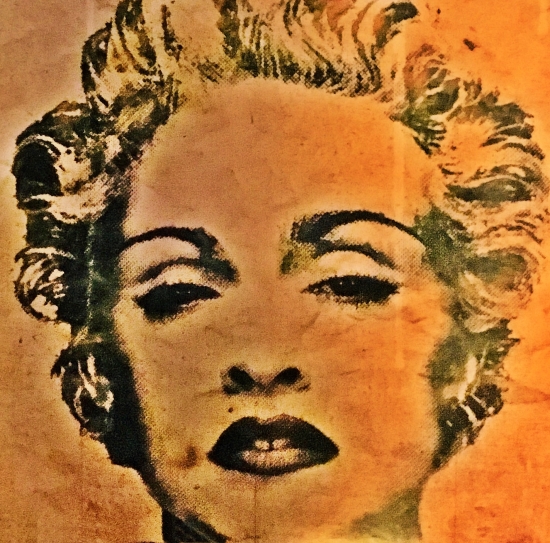 On December 22 2009, Madonna’s hits collection Celebration was released on vinyl in the U.S. by Warner Bros. Records following a one-week delay from its original street date.

The deluxe vinyl package featured four 120g black vinyl discs pressed at Record Industry (Netherlands) in a 2-pocket Stoughton gatefold jacket with expanded pockets (2 discs in each pocket) and included all of the 36 songs originally available on the 2-CD edition of the album. A vinyl edition for the European market also appeared in record shops on January 8th, 2010.

Although Warner made no indication of either pressing being a limited edition release, the sets disappeared from store shelves once their initial shipments had sold and were promptly deleted from circulation by Warner on both continents without explanation. Sealed copies of the sets now command more than $500+ USD in the collectors market.

On December 11 2009, Madonna’s official website announced that Revolver would be released as the second single from the deluxe edition of her greatest hits collection, Celebration. The digital maxi-single would be released on December 29th, with the CD maxi-single hitting North American stores in late January and a vinyl 12″ following in early February 2010. This would be Madonna’s final single release under her contract with Warner Bros. Records. 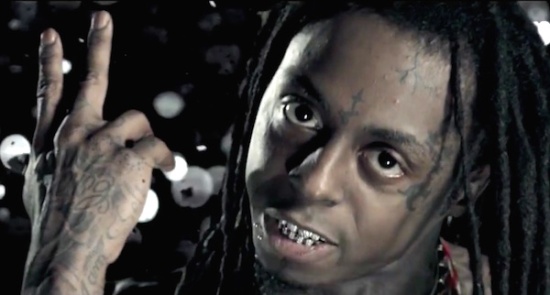 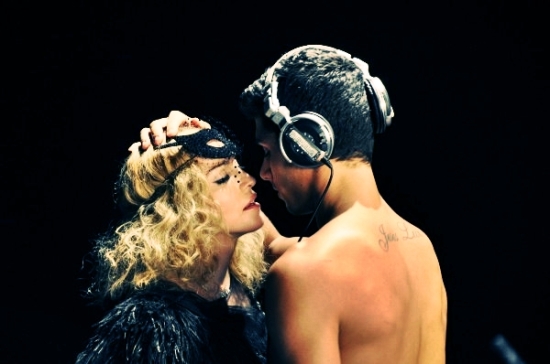 On August 19 2009, Madonna’s Celebration single was released as a digital remix EP on iTunes in North America.

Although Madonna had produced the album version of Celebration with one of the world’s best known DJ’s, Paul Oakenfold, it was Benny Benassi’s remix that, deservedly, captured the most attention.

Madonna chose to feature Benassi’s remix in the music video for the single, and it was also used as the closing performance of her MDNA Tour. She would also collaborate on several songs with Benassi for her album, MDNA.

Did you like the changes made to the 2009 version of the tour?

On July 31 2009, Celebration – the lead single from Madonna’s third greatest hits album of the same name – was released to digital media outlets by Warner Bros. Records. The song was written by Madonna, Paul Oakenfold, Ian Green & Ciaran Gribbin and produced by Madonna & Oakenfold with additional production by Green.

Celebration was one of two new songs written with Oakenfold for the hits collection. The other new track, Broken, was left off the album but was later issued on 12-inch coloured vinyl as an exclusive gift to members of Madonna’s official fan club. Oakenfold also contributed new production to It’s So Cool, an outtake from Madonna’s 2003 album American Life which was used as a bonus track for the deluxe digital download edition of the Celebration album.