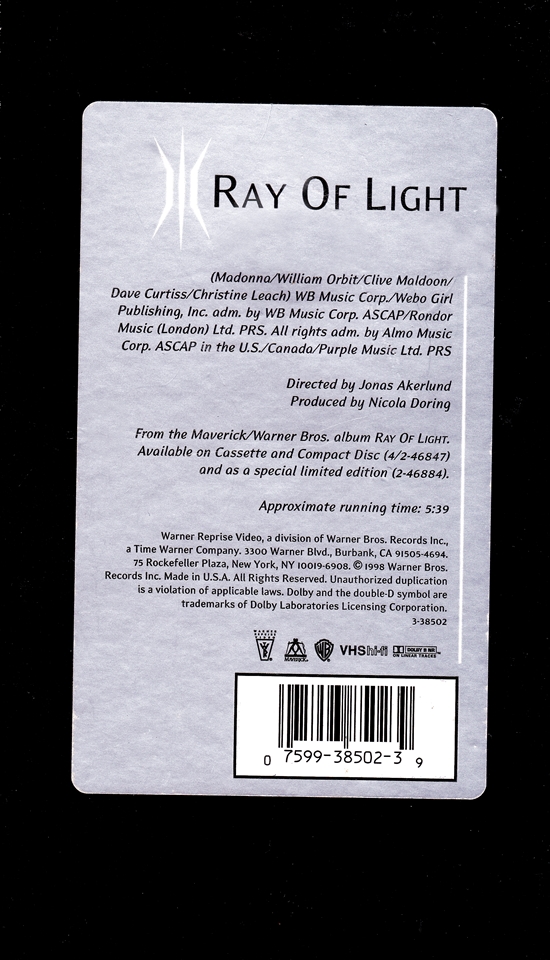 On June 23 1998, the music video for Ray of Light was released by Warner Reprise Video as a limited edition video single of 40,000 VHS copies. It sold 7,381 copies within its first month of release, becoming one of the best-selling video singles of the Nielsen SoundScan era. Madonna’s previous video single release, Justify My Love, which predated SoundScan, was certified quadruple-Platinum by the RIAA (for shipment of over 200,000 copies).

The reason behind Ray of Light being issued as a video single were twofold. Madonna was very pleased with the outcome of her first collaboration with director Jonas Åkerlund and her record company felt that there would be enough interest to warrant its commercial release. Secondly, Warner’s marketing team correctly sensed that the song’s then-experimental sound would be a tough sell at radio, so the decision was made to pull out all the stops to ensure the release outperformed on the sales chart. Another prong in this strategy was the inclusion of album outtake Has To Be as the b-side to the two-track single, while excluding it from the maxi-single in an attempt to persuade fans to purchase the single in multiple formats. The strategy proved successful, with the song’s number-five debut and peak on the Billboard Hot 100 mainly due to its sales strength. According to Billboard, the music video single boosted its first-week sales by roughly 7%, helping it to secure its place in the top-five.

Shortly after Ray of Light‘s release as a video single, Billboard magazine published an article musing on whether renewed interest in the relatively obscure format could ever prove lucrative for the music industry. A video buyer for a major retail chained remarked:

“Madonna’s Ray of Light video single is a success because she has a fervent fan base. There are very few artists with videos that consistently get people’s attention, but Madonna is one of those artists. It’s too early to tell if there’s a true market for video singles. Right now, it seems like record companies are trying video singles to see what happens. I think we’re going to see the lines becoming more blurred in how audio and video singles are marketed.”

Indeed. Within the next five years (and two Madonna video singles later), the emergence of online file sharing would obliterate the physical singles market in North America, and video streaming sites would soon spell an end to the prospect of marketing music video singles as a physical format. In digital form, however, music video singles may be selling in larger numbers than ever due to increased availability through iTunes. Strangely, however, sales of music videos through iTunes are not reported to Billboard and no longer count towards a single’s chart position (reportedly due to iTunes’ monopoly on digital sales of the format), while streams of music videos through sites like YouTube and Vevo are used in Billboard’s chart methodology. 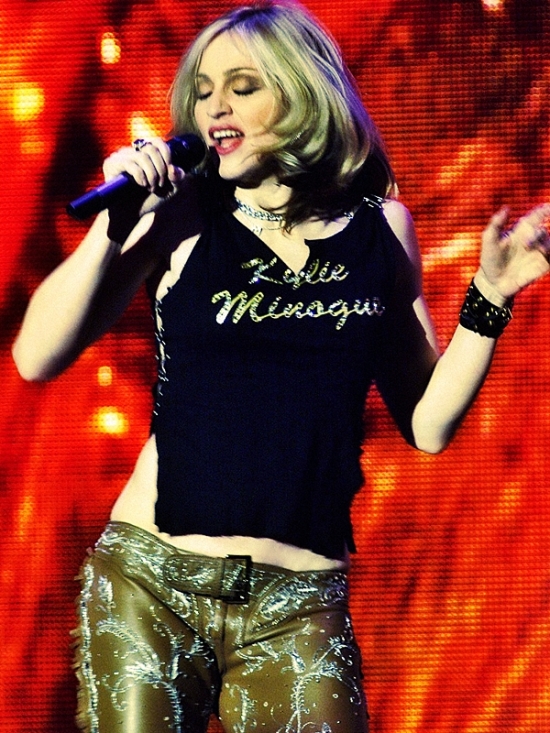 On May 18 2005, Madonna issued a statement in support of fellow pop singer Kylie Minogue, wishing her a quick recovery from her battle with breast cancer:

“I was saddened to learn about Kylie Minogue’s breast cancer diagnosis. I’m so grateful that they found it early. (Yet another reminder for all women to have annual mammograms.) Aside from being tremendously talented, Kylie’s a fighter and I know this is a battle she will win. Let’s all pray for her speedy recovery and send all of our best wishes her way. With love and light to you Kylie…Madonna.”

Following her surgery and recovery, Kylie’s 2006 return to the stage was captured in the behind-the-scenes documentary, White Diamond. The film included Kylie’s version of an unreleased Madonna/Rick Nowels collaboration from the Ray Of Light sessions, titled Alone Again. Kylie had recorded the track as a potential b-side to her 2002 single, Come Into My World, but for unknown reasons it remained shelved until its use in the documentary several years later. Madonna received special thanks from Kylie in the film’s closing credits. 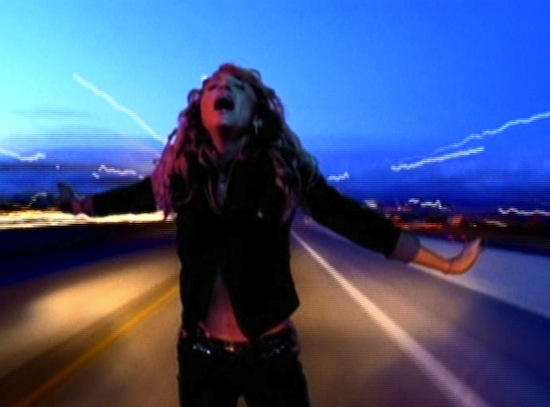 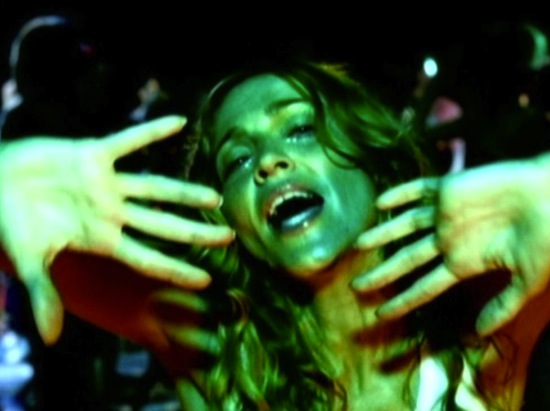 The video was directed by Jonas Åkerlund. Madonna’s scenes were shot in early April 1998 at MTV’s Times Square studios in New York and Los Angeles. The background images were shot in various cities, such as Los Angeles, New York, London, Las Vegas, and Stockholm. 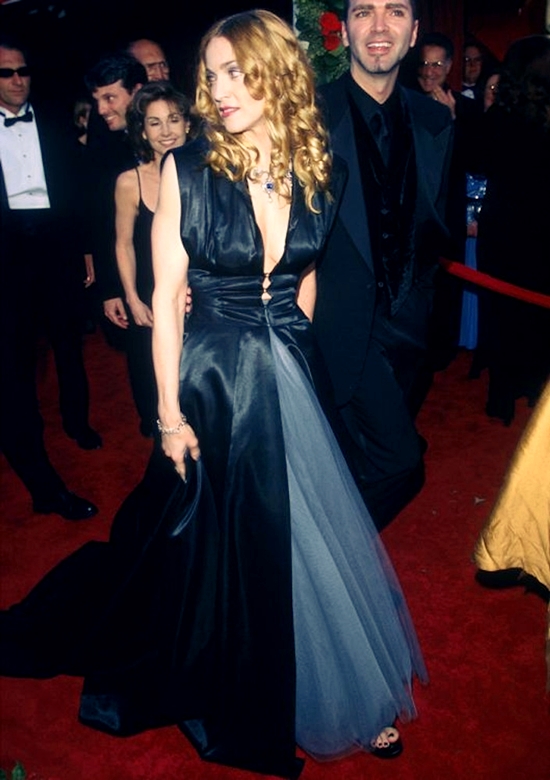 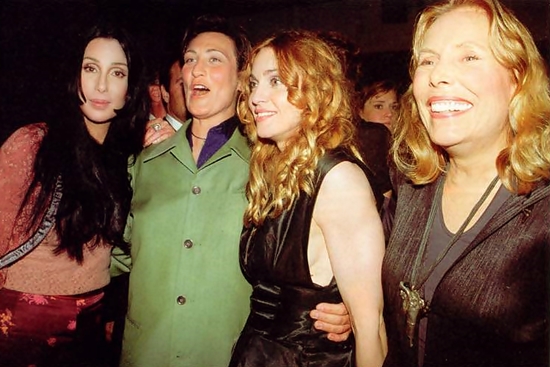 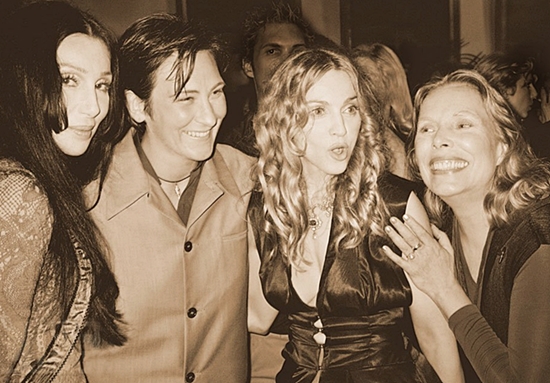 On March 23 1998, Madonna attended 70th Academy Awards ceremony in Los Angeles where she presented the Oscar for Best Original Song.

Buoyed by the success of her new album, Ray Of Light, it was all about the music for Madonna on the red carpet as well, as she chatted and posed for photographs with an impressive assortment of musical divas: Fiona Apple, Cher, k.d. lang & Joni Mitchell.

Prior to her shared Rolling Stone cover with Courtney Love & Tina Turner the previous year, Madonna had – at least publicly – tended to shy away from aligning herself too closely with other musicians – particularly other women in the industry. Be it a result of a renewed sense of spirituality, motherhood, maturity, or simply shrewd self-marketing (perhaps all the above?), one thing is clear: Madonna’s newfound camaraderie and supportive attitude towards her peers felt refreshing and inspiring! 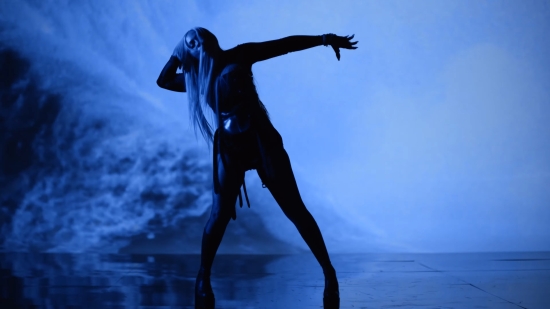 On March 12 2022, UPROXX music critic, Caitlin White, published a synopsis of how Madonna’s Frozen got new life in 2022:

Madonna‘s 1998 hit Frozen got an update courtesy of Canadian EDM producer Sickick, and eventually, an official release of the remix with a guest Afrobeats verse from Nigerian star Fireboy DML. But the road to the remix of her old ’90s hit was paved with TikToks. The producer’s new version quickly became a viral hit on TikTok when he released it back in 2021, and after seeing the song pick up traction, an official remix came out in December of last year. Never one to leave anything on the table (and always quick to take credit for inspiring current trends), Madonna followed that first new version up with another, featuring the Fireboy DML verse, which came out earlier this month.

Check out the new remix video: 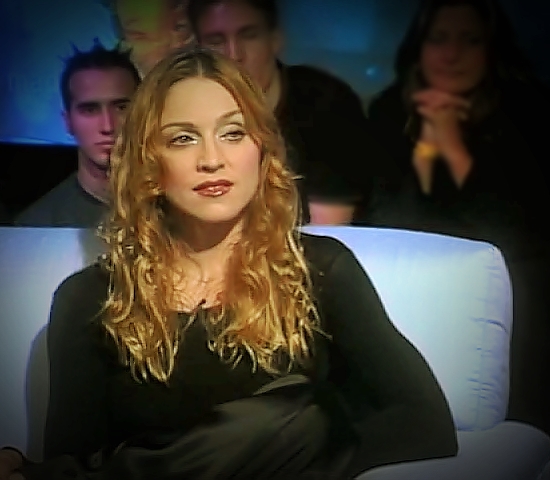 On March 6 1998, Madonna spent the day in Toronto, Canada conducting a press conference and various print interviews to promote her new album, Ray Of Light, released earlier that week. She ended the day with a live, hour-long interview on Much Music hosted by VJ’s Master T (personally selected by Madonna herself after viewing reels of the station’s on-air personalities) and Geneviève Borne (a self-proclaimed Madonna fan and VJ from Much Music’s French-language sister station, Musique Plus).

The much-hyped event, which marked Madonna’s first and only visit to the Much Music studios, was prefaced by the Canadian music video channel’s second Madonnathon – a day of all-Madonna programming. The first, which featured her 1992 interview with Jonathan Ross and a then-recent press junket interview with The New Music’s Jana Lynne White (and all of her music videos), aired in January of 1993 at the height of the Sex/Erotica/Body Of Evidence backlash.

After the appearance was announced, fans seeking a limited hot spot inside the studio for the interview were asked to call in and were queried a series of Madonna-related trivia questions to prove their worthiness, while others who didn’t make it inside lined the streets of the Queen St W studios on the day of the event to welcome the Queen of Pop to Toronto.