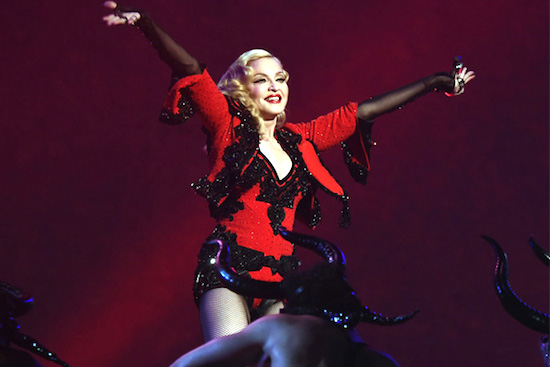 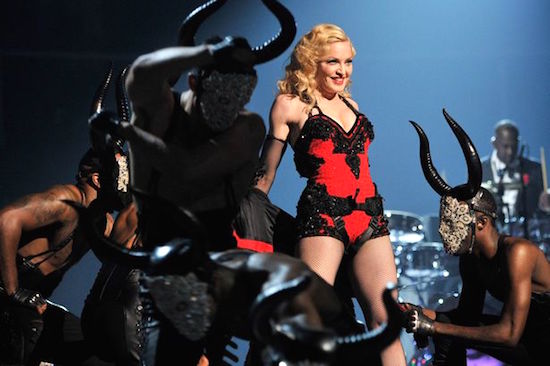 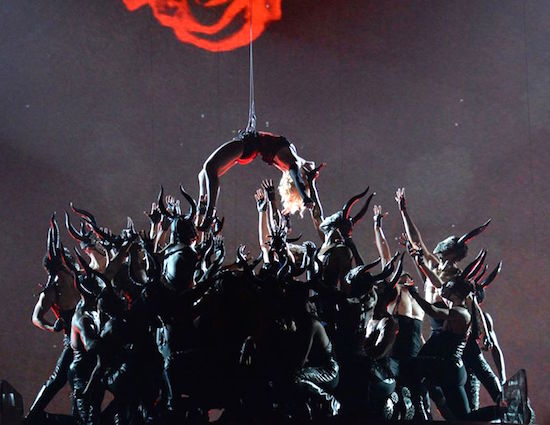 On February 8 2015, Madonna performed Living For Love at the 57th Annual Grammy Awards. The ceremony was held at the Staples Center in Los Angeles, California.

Hitfix.com considered Madonna’s performance to be one of the best at the 2015 Grammys:

Madonna recruited the muscle-bound minotaurs from her Living for Love video for her Grammy performance of the new single, and she proved she was still a charismatic gale-force as a performer. Twenty years after she played the jilted wife of a matador in her Take a Bow video, Madonna’s now the show-running matador waving a cape at horned gents.