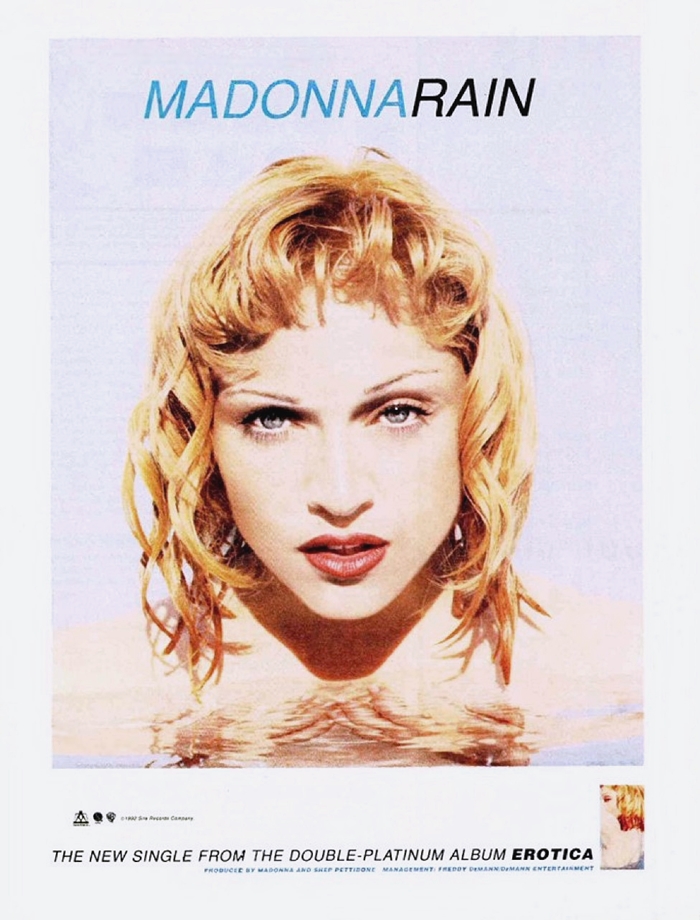 On July 31 1993, the fifth single from Madonna’s Erotica album, Rain, debuted at #7 on the UK Singles Chart.

In Japan, a ten track Rain mini album or EP was later released to celebrate the single and the upcoming Girlie Show concerts.  As usual, Australia copied the release, but eliminated the obi-strip from their pressing.

The EP included the following tracks:

Follow Today In Madonna History on WordPress.com
Join 15,328 other followers