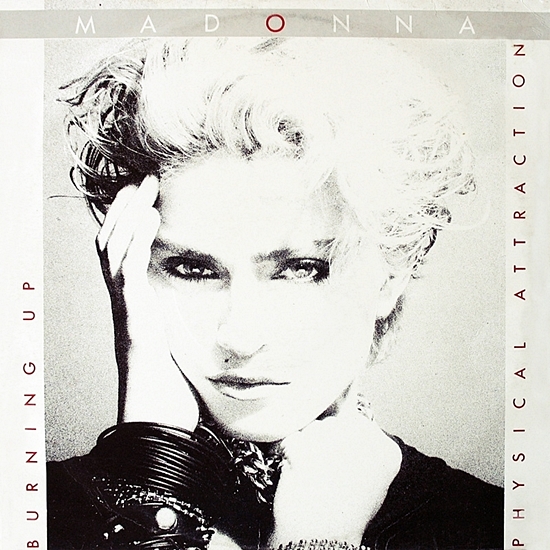 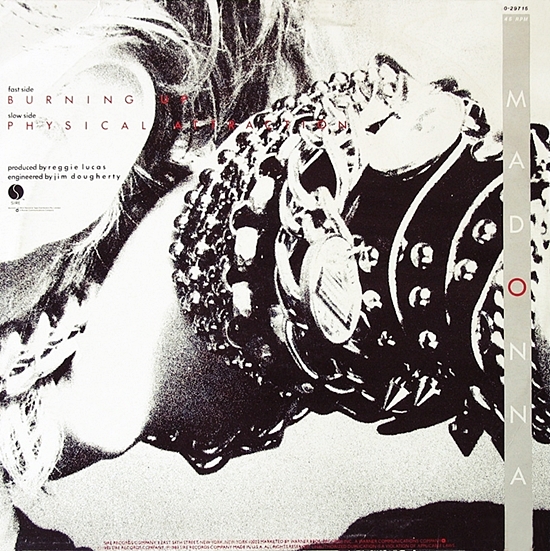 On June 4 1983, Burning Up/Physical Attraction spent its third and final week at its peak position of number-three on Billboard’s Hot Dance Music/Club Play chart in the U.S.

Available only on 12″ single in the U.S., the release charted as a double A-side single. Its run on the Dance/Club chart spanned a total of sixteen weeks, seven of which were spent in the top-five. In a rather strange marketing twist, a music video was produced for Burning Up while only Physical Attraction was promoted to radio – with a radio edit of the latter being featured on both sides of the rare 7″ promo.

To further confuse matters, the version of Burning Up that was featured on the 12″ was in actuality not a remix, but rather the original Reggie Lucas production of the song. Instead, the two distinct versions of the song that later turned up on different pressings of her debut album were in fact remixes by John “Jellybean” Benitez. Physical Attraction was also remixed by Benitez, with his mix appearing on both the 12″ single and the album. But in a further twist, the radio edit of Physical Attraction that appeared on the international & U.S. promo 7″, and later on the You Can Dance single edits promo-only release, is an edited version of the original Reggie Lucas productions rather than the Jellybean remix.

Follow Today In Madonna History on WordPress.com
Join 15,314 other followers