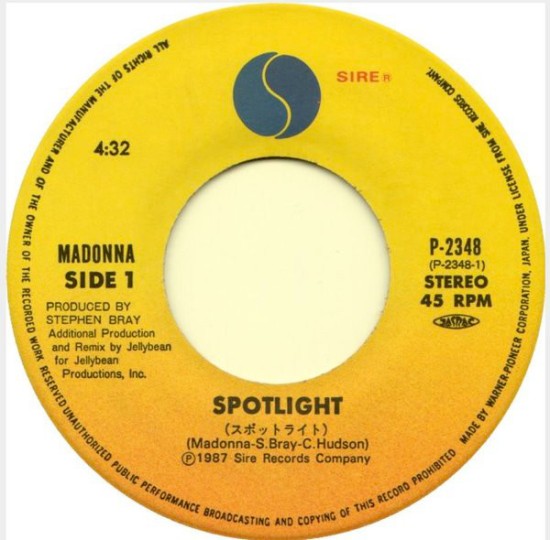 On May 16 1988, Madonna’s Spotlight reached a peak of #3 on the Oricon International Singles Chart in Japan. The single was released on 7″ vinyl and 3″ mini CD single by Sire and Warner-Pioneer Japan on April 25 1988.

Spotlight was originally planned to be included on the True Blue album, but was cut from the line-up and eventually appeared on Madonna’s You Can Dance remix album, released on November 17 1988.

The song was written by Madonna, Stephen Bray and Curtis Hudson.  The song was remixed by Shep Pettibone, with additional mixing done by John “Jellybean” Benitez.