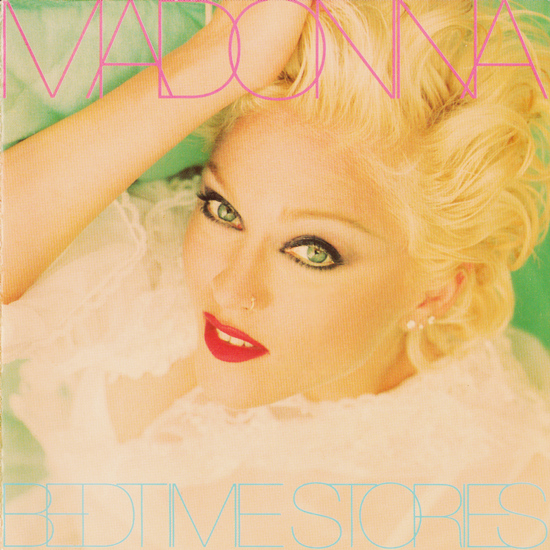 When the self-orchestrated media onslaught that accompanied the release of her previous album Erotica largely overshadowed the brilliant work it contained, Madonna took a decidedly subdued approach when it came to promoting Bedtime Stories. Interviews conducted for its release were mostly in print with a greater emphasis being placed on music – it seemed as though Madonna had little patience at the time for interviewers who insisted on turning her private life into headlines.

Both a sense of defiance and a hint of impatience with society’s intolerance to her boundary-pushing provocations carried over into the work itself, most notably with album opener, Survival and the sardonically biting Human Nature. But such sentiments were balanced with songs that were perhaps more personal and more poetic than she had offered on previous albums, with the possible exception of Like A Prayer. Feelings of longing, loneliness and loss – along with early glimpses into spiritual rediscovery – are at the emotional heart of the record, with songs like Love Tried To Welcome Me and Sanctuary containing some of her most ambitiously inspired lyrics, expanding on written works by George Herbert, Carson McCullers and Walt Whitman.

Perhaps the album’s most notable triumph is for Madonna as record producer, as she successfully manages to design an overarching flow that seamlessly bridges the styles of her various collaborators and co-producers. Indeed, Bedtime Stories is a body of work that is much more successful as a whole than it is broken down into individual tracks, which may explain why it is frequently overlooked in comparison to her more singles-driven albums of the previous decade. Even the record’s mega-hit, Take A Bow hasn’t maintained the traction in the realm of public consciousness that some of her earlier and later hits have managed to do. But when played from start to finish, Bedtime Stories remains surprisingly relevant through its subtleties and nuances – aptly demonstrating that even for Madonna, sometimes less is more.

“So here’s my question –
Does your criticism have you caught up
In what you cannot see?”