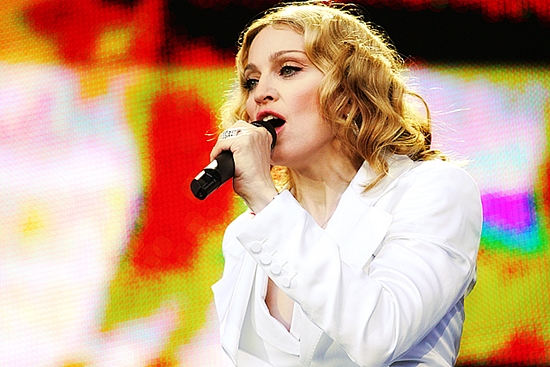 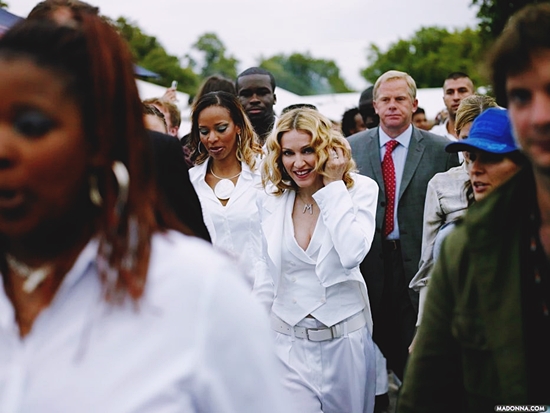 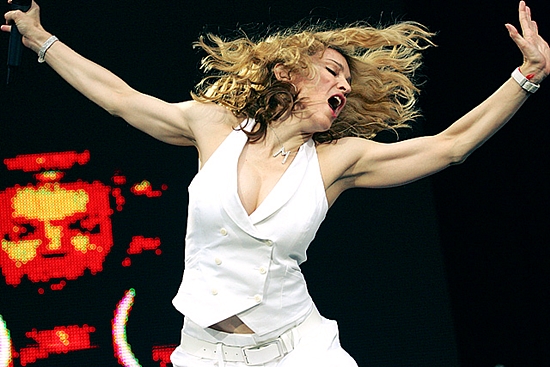 “Sir Bob Geldof confirmed in a press conference yesterday the details and confirmed the artists featuring in Live 8 – a series of five live shows in London, Paris, Philadelphia, Rome and Berlin on Saturday July 2nd. The concerts have been organized by Bob Geldof and Midge Ure as part of a campaign to force the world’s richest nations to relieve poverty in the third world. The concerts – which will be free – are aimed at raising awareness of poverty just before leaders of the Group of Eight industrialized nations meet in Scotland…”

Madonna went on to perform a three-song set from London’s Hyde Park consisting of Like A Prayer, Ray Of Light & Music.