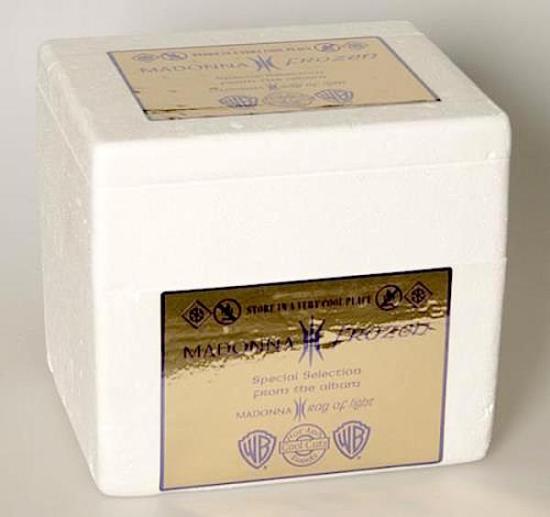 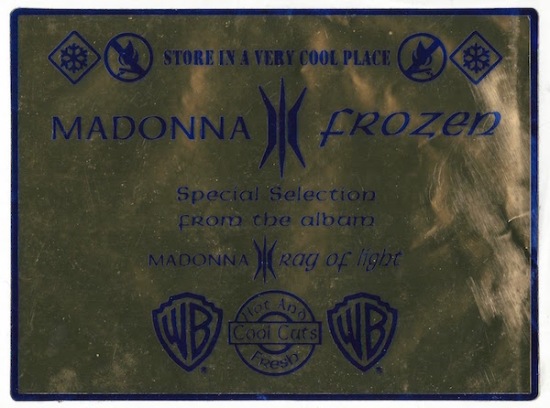 The video was delivered to select music video outlets (such as MTV and MuchMusic) in a block of dry ice.  Leading up to the video premiere, the VJs had to melt or chip away at the block to get to the video inside.

Select radio stations also received a promotional ice chest, which included a 3-track CD and a flyer promoting the lead single from Ray Of Light. The CD included the following tracks:

Follow Today In Madonna History on WordPress.com
Join 15,324 other followers