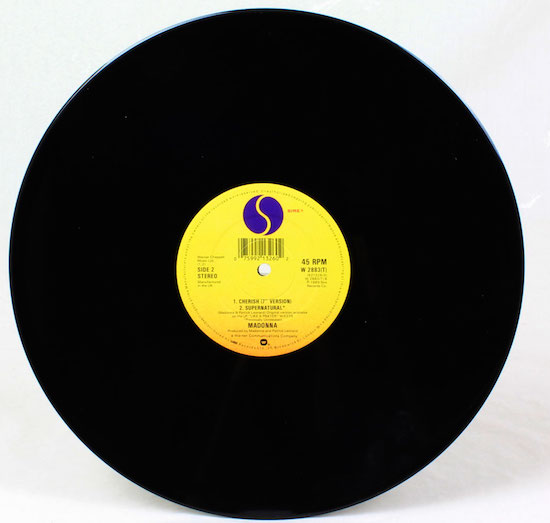 On August 26 1989, Madonna’s third single from the Like A Prayer album, Cherish, debuted at #32 on Billboard’s Adult Contemporary chart.

True Blue had the gimmicky quality of an early Cyndi Lauper single, like a new waver’s vague approximation of what a 1960’s girl group song might have sounded like. Cherish is a much more successful dip into the musical past, not least because the ’60s flavor is very slight, more of a mood than any kind of particular stylistic pastiche. Perfect pop touches like the flirty “ooh, ooh” backing vocals on the bridge and the dead-on introduction of a short, sharp horn section accent on the final chorus are part of what puts the song over, but the bulk of the credit belongs to Madonna’s bubbly and endearing lead vocal, which uses the helium-pitched high register of her early singles, but minus the occasional harshness of those songs. Cherish is a delight, one of many highlights on Madonna’s best album.