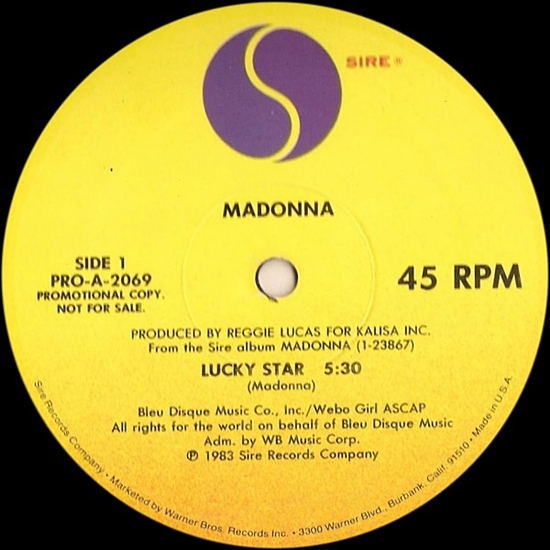 On August 27 1983, Holiday/Lucky Star made its debut on Billboard’s Hot Dance Music/Club Play chart in the U.S., entering at #31.

The promo-only double A-side single was serviced to clubs by Sire/Warner in order to gauge public interest before deciding which track should be promoted to radio. Although technically serving as the B-side, Holiday was given top billing for its chart entry when it proved to be the more popular selection with club DJ’s. It was subsequently issued as Madonna’s third commercial single in North America, while Lucky Star was released as her fifth single a year later.