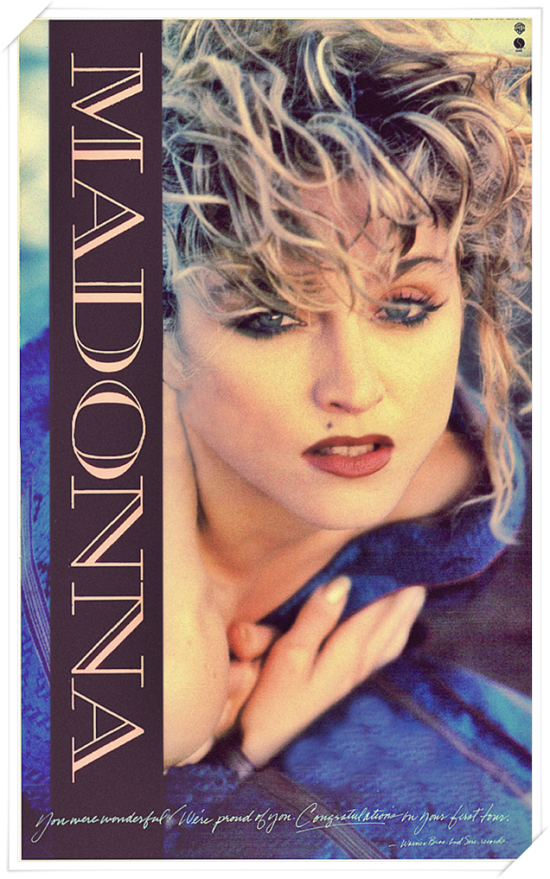 On June 1 1985, Warner Bros. and Sire Records took out a centerfold ad in Billboard magazine to celebrate the resounding success of Madonna’s first concert trek, The Virgin Tour.

Featuring the cover image from her then-current single, Angel, as a backdrop, the spread cheekily alluded to Madonna’s “virgin” moniker with the caption:

“You were wonderful! We’re proud of you. Congratulations on your first tour.
– Warner Bros. and Sire records.”