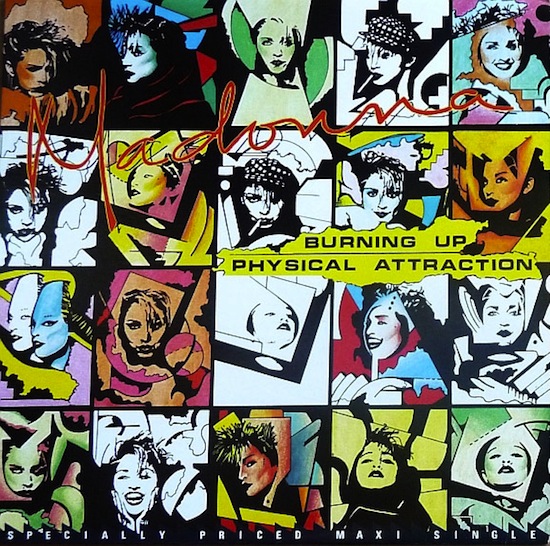 Burning Up was written by Madonna and Physical Attraction was written by Reggie Lucas. Both were produced by Lucas with additional remixing by Jellybean Benitez on the latter.

Interestingly, the original copyright claim filed for the song Physical Attraction, which remains on file at the U.S. Library Of Congress, lists Madonna as its sole writer and Only Child Music (who handled Madonna’s songwriting publishing prior to the creation of Webo Girl) as its publisher, with no mention of Lucas or his publishing company, Likasa Music.

Burning Up went through several incarnations both before and after its official release. The earliest recording of the song to have surfaced is a live performance by Madonna with her band Emmy, likely from 1980. Although the lyrics underwent only minor revisions in later years, its initial guitar-driven arrangement and melody were relatively loose – if not underdeveloped. A more focused beat-driven version was recorded by Madonna with Stephen Bray in early 1982 and was featured on the four-track demo tape that brought her to the attention of Sire Records. In addition to the originally released version that appeared on the 12″ single, there are also two noticeably different album mixes of Burning Up. Early vinyl pressings of her debut LP featured a longer version with alternate guitar and synth parts and more prominently mixed backing vocals. This alternate album mix resurfaced in 1985 as the b-side to the Angel single in the UK, but it has never been officially released in digital or CD format.