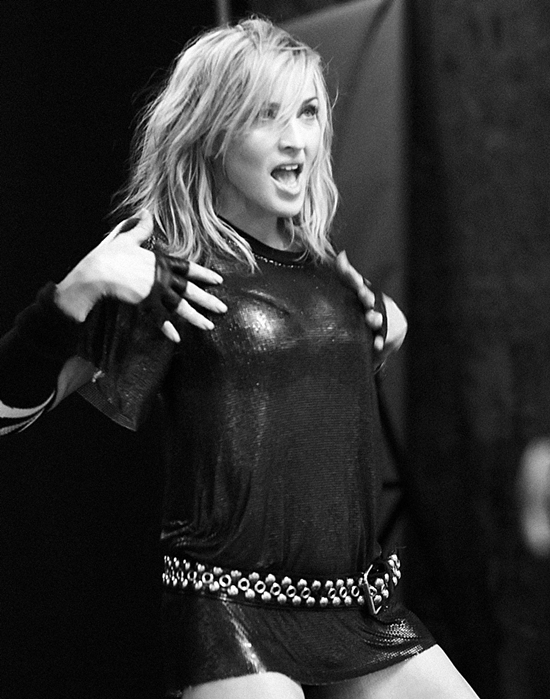 On March 24th 2012, The New York Post’s Page Six reported that Madonna’s video for Girl Gone Wild had been deemed too wild for general viewing on YouTube. It would be restricted to registered users over the age of eighteen in its uncensored form:

“Madonna’s steamy new video for Girl Gone Wild has been banned from open view on YouTube for being too raunchy, with scenes including nudity and a close-up of a man’s PVC-clad crotch. YouTube chiefs have restricted the video for those 18 years or above, and sources tell us they’ve told the superstar’s management that if they want it to be available for viewing by all, they must edit out shots of bare bottoms, a man rubbing his crotch and an implied masturbation scene where a man gyrates before a mirror. Madonna’s team was working yesterday on an edited version of the video for YouTube because, for the first time, it’s based its marketing strategy for her new album, MDNA, on social media, including a live Facebook interview with Jimmy Fallon today. A source told us, ‘YouTube has decided the video is too raunchy and should only be viewed by those 18 or over, and actually, the video is hard to find on the site. YouTube has sent Madonna’s team a list of shots that should be cut to make it appropriate for everyone.’ Fashion photographers Mert Alas and Marcus Piggott directed Girl Gone Wild, using much of the singer’s trademark erotic imagery, including topless men dancing in black tights (mantyhose) and platform heels. YouTube also took exception to an S&M-inspired scene of a silhouette in chains. The video was deemed ‘inappropriate for some users’ by YouTube, and viewers must verify they’re 18 or older and log in to watch it. Madonna’s rep, Liz Rosenberg, told us, ‘Some things never change. This is a throwback to [1990] when MTV refused to show Justify My Love.'”

A re-edited version of the Girl Gone Wild video was provided to YouTube several days later and was approved for general viewing.