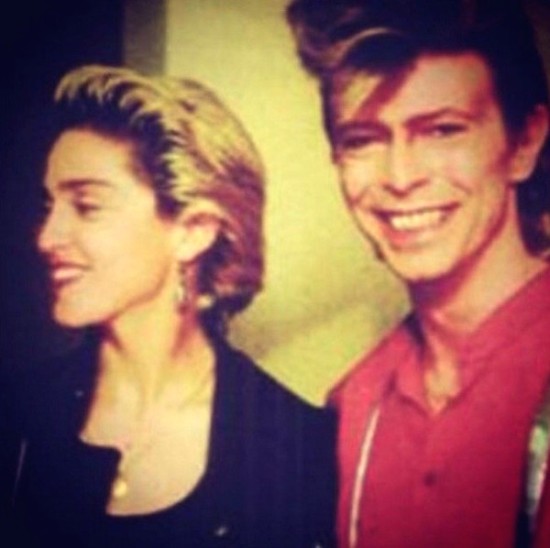 On January 11 2016, Madonna posted this message regarding David Bowie’s death on her social media channels:

I’m devastated. David Bowie changed the course of my life forever. I never felt like I fit in growing up in Michigan. Like an oddball or a freak. I went to see him in concert at Cobo Arena in Detroit. It was the first concert I’d ever been too. I snuck out of the house with my girlfriend wearing a cape. We got caught after and I was grounded for the summer. I didn’t care. I already had many of his records and was so inspired by the way he played with gender confusion. Was both masculine and feminine. Funny and serious. Clever and wise. His lyrics were witty ironic and mysterious. At the time he was the Thin White Duke and he had mime artists on stage with him and very specific choreography. And I saw how he created a persona and used different art forms within the arena of Rock and Roll to create entertainment. I found him so inspiring and innovative. Unique and provocative. A real genius. His music was always inspiring but seeing him live set me off on a journey that for me I hope will never end. His photographs are hanging all over my house today. He was so chic and beautiful and elegant. So ahead of his time. Thank you David Bowie. I owe you a lot. The world will miss you. Love M.” 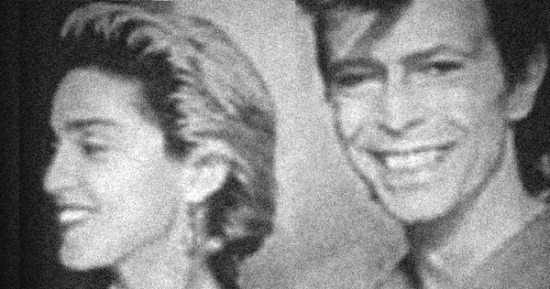 Follow Today In Madonna History on WordPress.com
Join 15,328 other followers