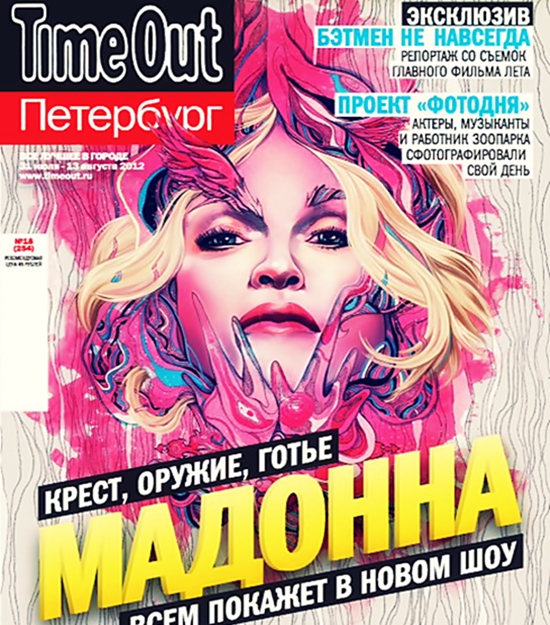 On August 20 2012, a law suit was filed by nine Russians who were offended that Madonna had asked fans to raise their hands to show their support for the Russian LGBT community during a concert stop in St. Petersburg, Russia—where it is illegal to promote homosexuality to minors.

In her speech during the concert, Madonna called for members of Russia’s LGBT community to be “treated with dignity, with respect, with compassion, with love,” and took the country to task for crackdowns on those who expressed opposition against the country’s oppressive laws.

Although the suit did make it to trial in November 2012, it was promptly dismissed by the presiding judge after briefly questioning the plaintiffs about the arbitrary nature of the case given the volume of contemporary entertainment which contains “positive references to homosexuality.” The suit had sought damages of approximately $10.5 million from Madonna, the organizer of her concert, and the hall where it was held.