On February 29 2012, Shirley Manson of the band Garbage talked to Bullet Media and defended Madonna against ageist, misogynistic critics:

“The tabloids complain about Madonna looking old, and people laugh at her for that. Then Madonna goes and fixes her face, and they laugh at her for that. Even though they begrudgingly say she looks amazing, they’ll still laugh at her for trying to look young. Then she steps out, looking amazing, and the tabloids go and blow up a picture of her aging hand. Nobody’s doing that to George Clooney, blowing up pictures of his hands! I look at these magazines, and I want to say to them, ‘What’s your point? That she’s aged? Does that surprise you? Or is your ‘point’ an attempt to undercut what she’s achieved?’ I think it is, even if it’s on a subconscious level. And you probably wouldn’t turn down those hands if they were grabbing you under the table, you fucking idiots!” 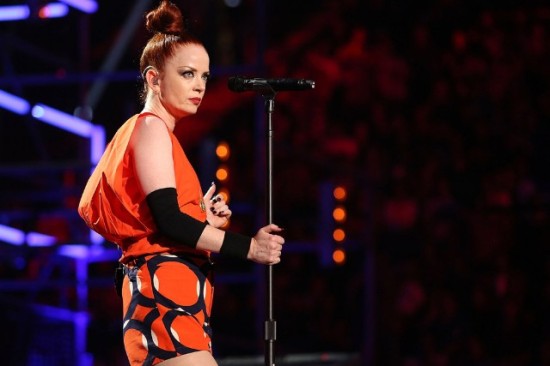 “When I look at Madonna, I think Madonna should not give a fuck what anybody has to say about her age. She should explore who she is now. It would be infinitely more interesting [than her] being concerned with whether we find her sexy or not. She’s got so much more to offer than that. She should be like, ‘Kiss my ass. I’m Madonna. I may be old, but I will always have my legacy behind me and you motherfuckers won’t!’ I don’t know why she cares so much.”

Shirley recently recalled meeting Madonna at the 1999 Grammy Awards, where her band Garbage’s 1998 album Version 2.0 and Madonna’s Ray Of Light were both nominated for Album Of The Year:

“I remember that day. I walked past Madonna, and she grabbed my arm. I turned around, and she went, ‘I think you’re amazing.’ I nearly fell on top of her in shock.”