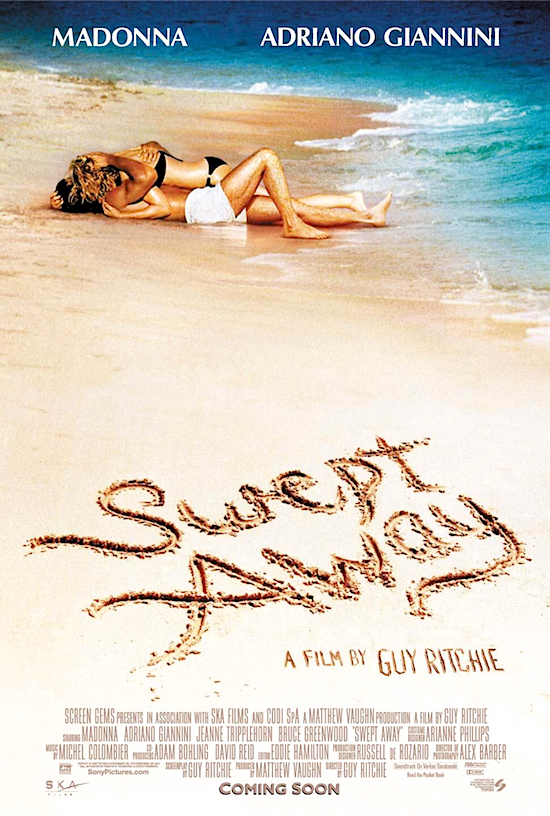 On August 18 2002, the official poster for Swept Away was released.

The film Swept Away, starring Madonna and directed by her husband, Guy Ritchie, would open on October 11 2002 in US theatres. The movie was initially titled Love, Sex, Drugs, and Money, and was based on the 1974 Italian film Travolti da un Insolito Destino Nell’Azzurro Mare D’Agosto. Adriano Giannini and Bruce Greenwood also starred in the film. In the film, Madonna played a socialite stranded on an island with a handsome, Communist sailor (Giannini).