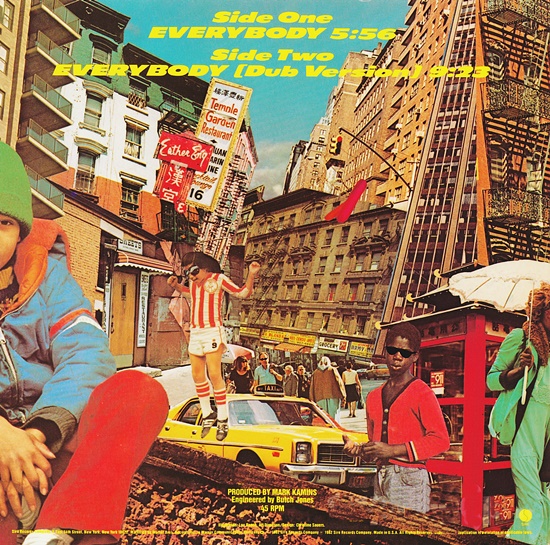 After signing Madonna on the strength of a 4-track demo tape she had recorded with Steve Bray, Sire Records’ Seymour Stein initially suggested Ain’t No Big Deal as lead single backed by Everybody, but the latter track ended up being featured on both sides (the North American 12″ single was backed with an extended dub version, while the U.S. 7″ included a radio edit with a unique instrumental edit on the flip).

Written by Madonna and produced by Mark Kamins, Everybody would resurface in the summer of 1983 as the closing cut on Madonna’s self-titled debut LP.

Happy 40th anniversary, Everybody! And thank you Madonna for 40 years of musical magic!

Dance and sing, get up and do your thing!

Follow Today In Madonna History on WordPress.com
Join 15,320 other followers