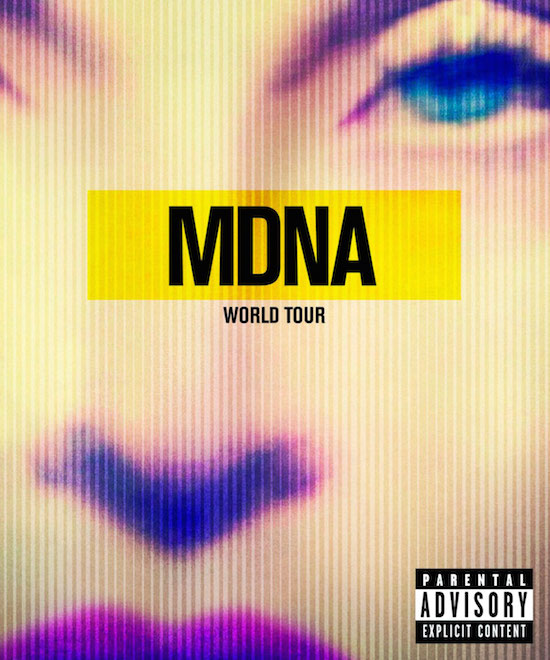 On August 8 2013, Live Nation and Interscope Records announced that Madonna’s MDNA World Tour concert film would be released September 10 on DVD, Blu-ray and as a digital album.

Directed by Danny B. Tull and Stephane Sennour and produced by Madonna, the two hour non-stop performance includes songs from Madonna’s MDNA album such as “Girl Gone Wild” and “Gang Bang,” as well as fan favorites including exhilarating versions of “Hung Up,” “Express Yourself,” “Vogue,” “Open Your Heart,” “Like A Prayer” and “Celebration.”