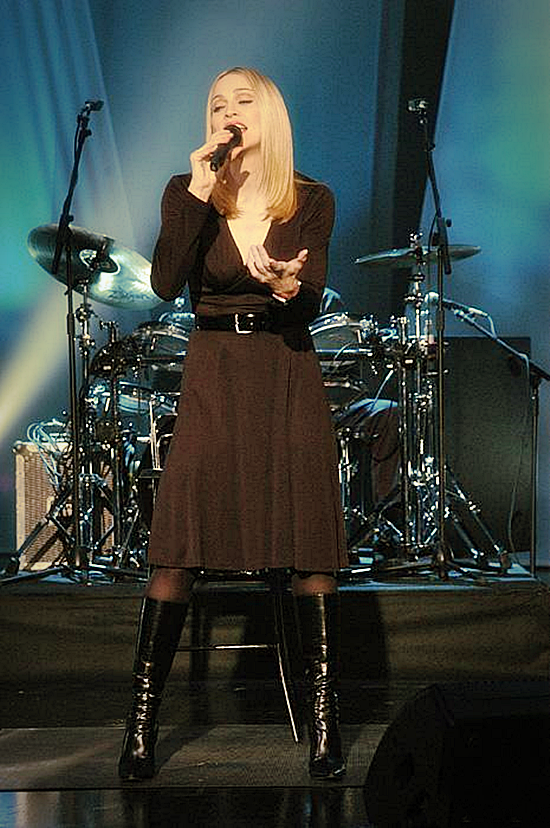 On January 11 2005, Madonna.com announced that Madonna would perform during NBC’s Tsunami Aid: A Concert Of Hope, to air on January 15th:

“More than a dozen musical acts have signed on to perform in NBC Universal’s tsunami benefit special, which will raise money for the American Red Cross’s relief efforts. Among those scheduled to perform in the special, titled Tsunami Aid: A Concert of Hope, are Madonna, Sheryl Crow, Lenny Kravitz, Eric Clapton, Mary J. Blige, Kenny Chesney, Brian Wilson, India.Arie, John Mayer and Gloria Estefan. A number of other stars, including George Clooney, Usher, Halle Berry and Uma Thurman, are also set to appear. The concert, airing ET Saturday (Jan. 15), will be broadcast on NBC and all its cable networks. The PAX network, which is partly owned by NBC, and Spanish-language broadcaster Telemundo will also air the benefit. During the benefit, viewers will be directed to a phone number and web site for the American Red Cross International Response Fund, which is working to provide victims of the Dec. 26 disaster with food and water and to prevent disease in the areas hit by the tsunamis. The Red Cross is at work on long-term aid efforts that include mental health counseling and disaster preparedness initiatives.”

Madonna performed a cover of John Lennon’s Imagine during the broadcast, which had been part of the set-list of the previous year’s Re-Invention Tour.