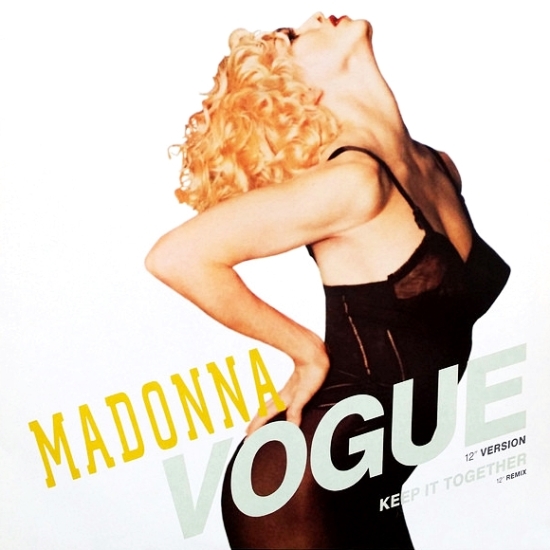 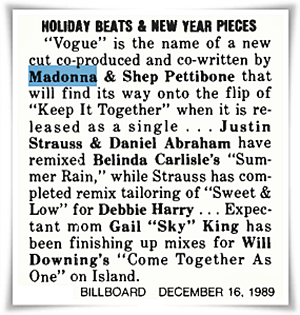 On December 16 1989, Billboard magazine’s dance music section reported that Madonna had written and recorded a new song with Shep Pettibone titled Vogue. The article noted that the track was set to appear on the b-side of Madonna’s next single, Keep It Together.

Vogue would go on to become the best-selling physical single of Madonna’s career.