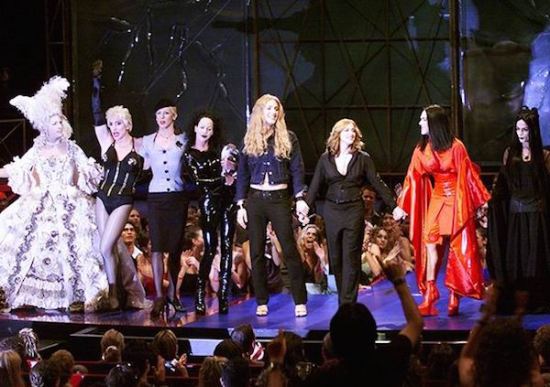 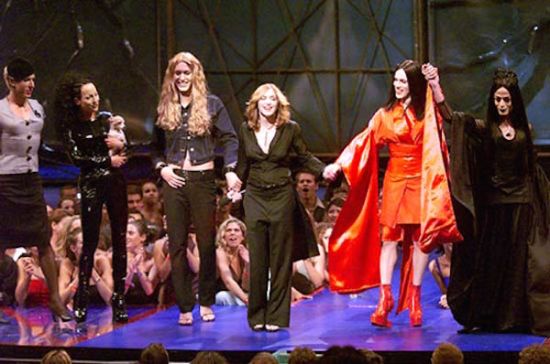 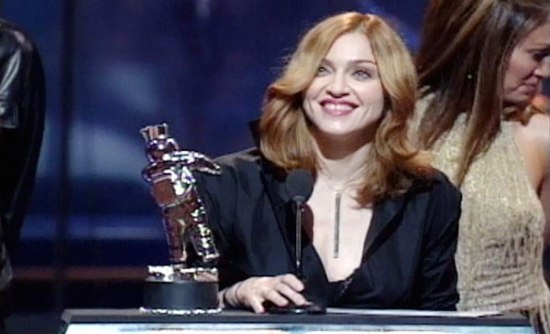 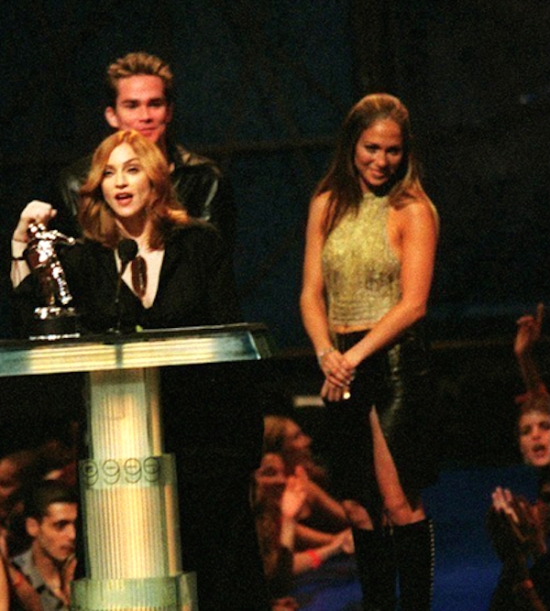 On September 9 1999, MTV staged a tribute to Madonna, the most-nominated artist in Video Music Award history, by presenting a host of male drag performers dressed up as Madonna from her past music videos.

Madonna also introduced Paul McCartney, and then together they presented the Video of the Year.

Madonna was also nominated and won a VMA for:

Beautiful Stranger was also nominated for: 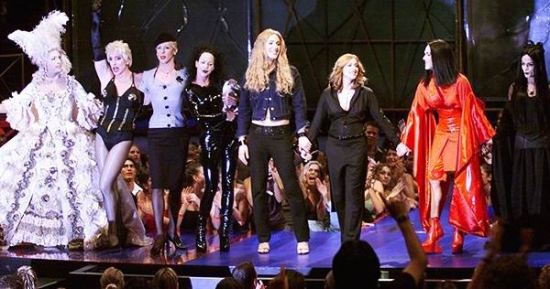