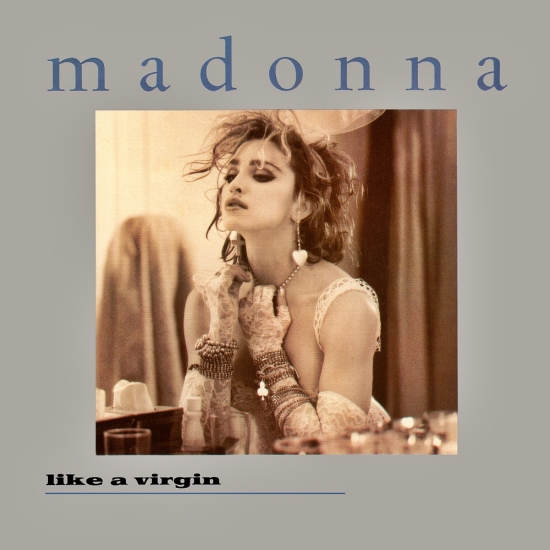 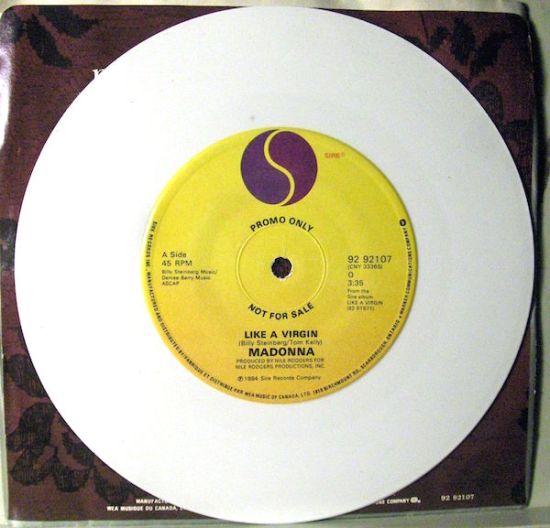 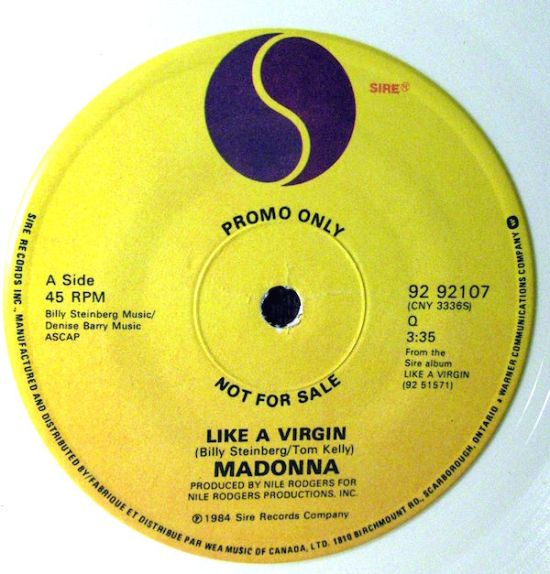 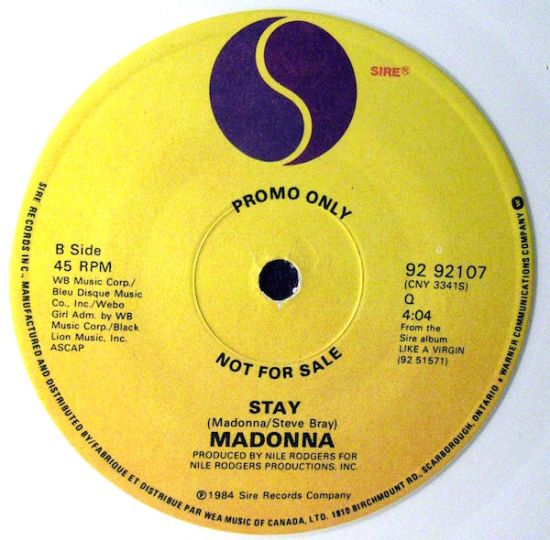 On January 19 1985, Madonna reached #1 on the RPM Canadian Top 100 Singles chart for the very first time with Like A Virgin.

A promotional-only 7″ single was released in Canada on white vinyl. The 7″ included the album versions of Like A Virgin and Stay.

Hear an unreleased early rough mix of the underrated track, Stay, from the Like A Virgin album sessions below.

Follow Today In Madonna History on WordPress.com
Join 15,310 other followers