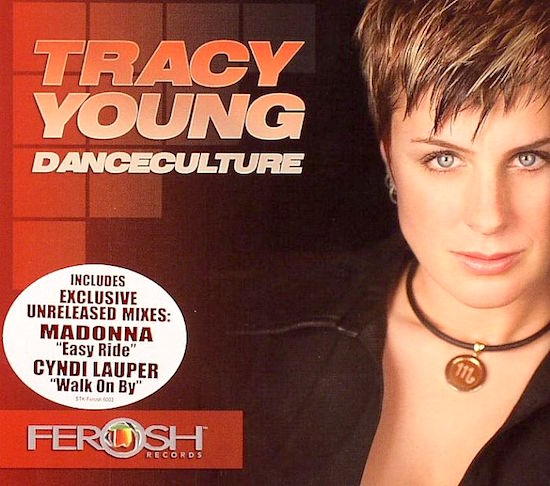 The track listing for DANCECULTURE:

When asked who has been her favourite artist to remix, Tracy responded:

Obviously Madonna. I owe a lot to her for supporting my career for so long, and playing such an important part of my life and career. I just remixed Cher’s I Walk Alone. Pink wrote that song. I also remixed Kylie Minogue Into the Blue. Madonna will always be my No. 1, but working with Cher and Kyle was a highlight.