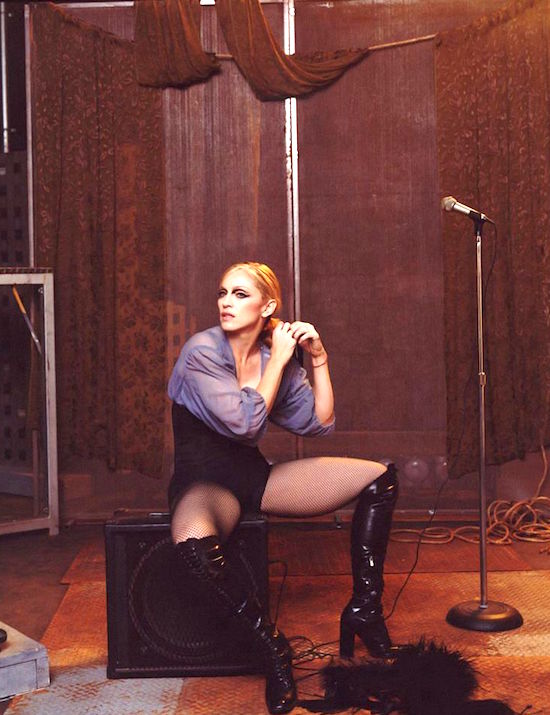 On June 17 2003, the single cover for Madonna’s Hollywood single was revealed. The photo was taken from the photo shoot by Steven Klein for W Magazine.

Hollywood was the second single from the American Life album, released on July 14, 2003.

In April 2003, in an interview with Q Magazine, Madonna described the allure life in Hollywood:

“I’ve had 20 years of fame and fortune, and I feel that I have a right to an opinion on what it is and what it isn’t. All everyone is obsessed about at the moment is being a celebrity. I’m saying that’s bullshit and who knows better than me? Before it happens you have all kinds of notions about how wonderful celebrity is and how much joy it’s going to bring you. Then you arrive … Look like this you’re gonna be happy. Drive this car you’re gonna be popular. Wear these clothes and people are gonna wanna fuck you. It’s a very powerful illusion and people are caught up in it, including myself. Or I was.”