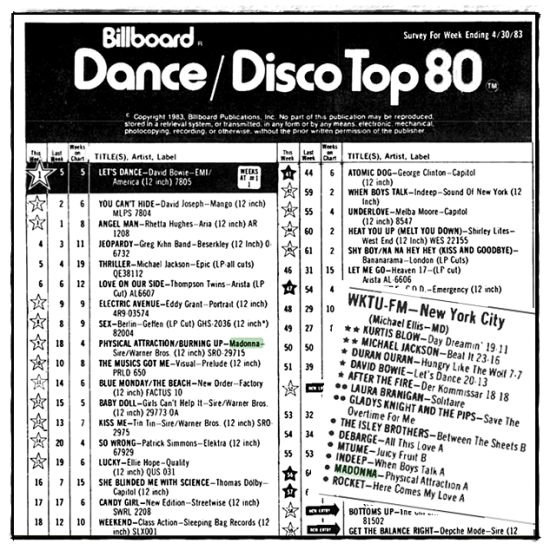 Interestingly, the release charted as Physical Attraction/Burning Up throughout its run on the Dance chart. When two songs are promoted together to dance clubs, Billboard will generally position the track that earns the higher number of spins first in its Dance chart entry.