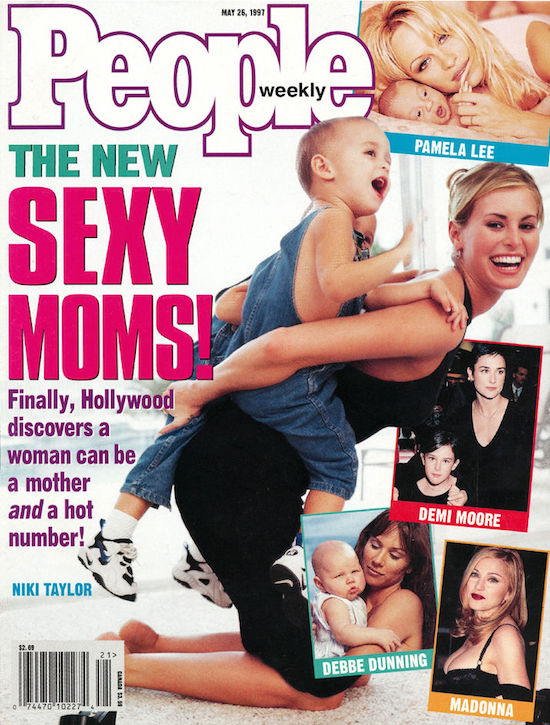 On May 26 1997, Madonna appeared on the cover of People magazine as part of the “New Sexy Moms” feature.

Here’s an excerpt from the article:

Even Madonna, who moved a month before Lourdes’s birth from her Hollywood Hills mansion to a more baby-friendly one-story spread in a quieter neighborhood, is becoming downright strait-laced. “TV is poison,” saying that she would forbid Lourdes to watch it. “To be plopped in front of a television instead of being read to or talked to or encouraged to interact with other human beings is a huge mistake.”