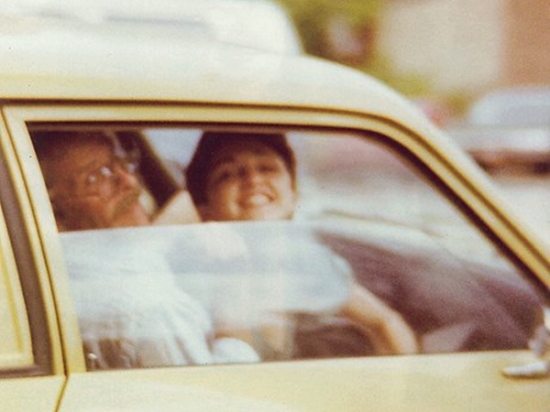 On October 27 1990, Madonna’s first dance teacher and mentor from Michigan, Christopher Flynn, passed away from an AIDS-related illness. On the news of his death, Madonna issued the statement: “Christopher Flynn was my mentor, is my higher power, and will remain an eternal inspiration.”

Indeed, Flynn would later serve as the inspiration for one of the characters from Madonna’s directorial debut, Filth And Wisdom, as she explained to Gus Van Sant in the October 2010 issue of Interview magazine:

The character that Richard E. Grant plays in the film I directed, Filth and Wisdom, is this blind professor who was based on my ballet teacher, Christopher Flynn. Growing up in Michigan, I didn’t really know what a gay man was. He was the first man-the first human being-who made me feel good about myself and special. He was the first person who told me that I was beautiful or that I had something to offer the world, and he encouraged me to believe in my dreams, to go to New York. He was such an important person in my life. He died of AIDS, but he went blind toward the end of his life. He was such a lover of art, classical music, literature, opera. You know, I grew up in the Midwest, and it was really because of him that I was exposed to so many of those things. He brought me to my first gay club-it was this club in Detroit. I always felt like I was a freak when I was growing up and that there was something wrong with me because I couldn’t fit in anywhere. But when he took me to that club, he brought me to a place where I finally felt at home. So that character in Filth and Wisdom was dedicated to him and inspired by him.”

Madonna would also recall Christopher’s influence in the second verse of the lyrics of the song, In This Life.