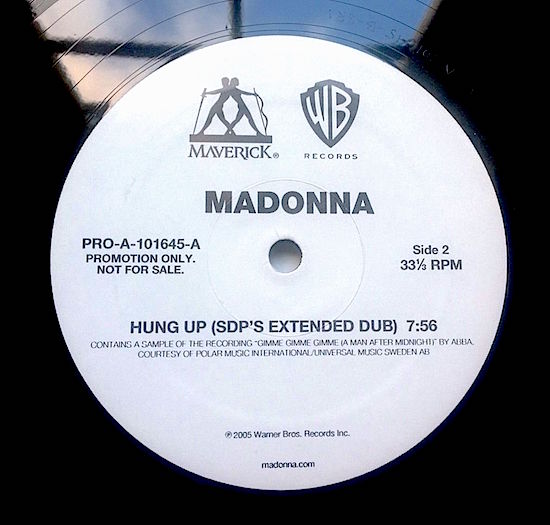 Rolling Stone magazine included Hung Up as one of the 100 Best Songs of the 2000s. Here’s what Rolling Stone had to say:

Going back to disco, as she always does and always should, the queen hustled up a chintzy-sounding Abba sample, a drag queen’s wet dream of a chorus, and Stuart Price’s electrobeats. The result? One of her most captivating hits ever — and thanks to those deceptively hard-hitting lyrics, one of her most personal.