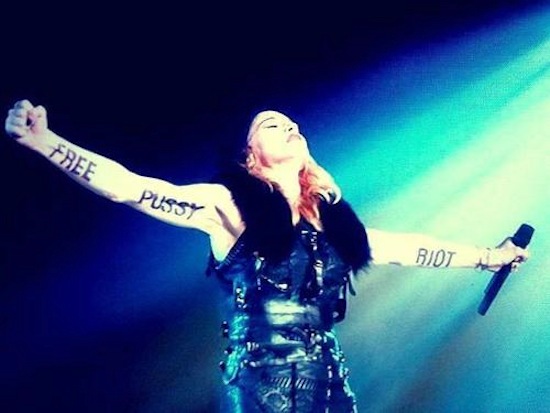 On August 18 2012, Madonna made this statement during an MDNA concert in Zurich:

“I protest the conviction and sentencing of Pussy Riot to a penal colony for two years for a 40 second performance extolling their political opinions. Even if one disagrees with the location or how they chose to express themselves, the sentence is too harsh and in fact is inhumane. I call on all those who love freedom to condemn this unjust punishment. I urge artists around the world to speak up in protest against this travesty. They’ve spent enough time in jail. I call on ALL of Russia to let Pussy Riot go free.”