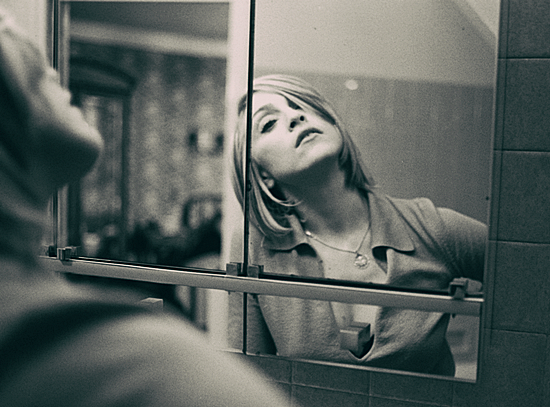 On September 30 1995, Billboard magazine featured an exclusive interview with Madonna in a piece by Timothy White to promote her upcoming ballads collection, Something To Remember.  Focusing primarily on the connection between Madonna’s introspective ballads and the loss of her mother, the article (which appears in an abridged version below) was titled “‘Something’ In the Way She Grieves.”

“Listening to this record took me on my own journey,” says Madonna with a sad smile, shifting on the couch in her apartment overlooking Central Park. “Each song is like a map of my life. I don’t really listen to my records once I’ve done them, I’m onto the next thing. And I think most of the time when my records come out, people are so distracted by so much fanfare and controversy that nobody pays attention to the music. But this is, for the most part, a retrospective, and I just wanted to put it out in a very simple way. The songs, they choke me up, and I wrote them. Isn’t that weird? I can’t tell you how painful the idea of singing Like A Virgin or Material Girl is to me now. I didn’t write either of those songs and wasn’t digging deep then. I also feel more connected emotionally to the music I’m writing now, so it’s more of a pleasure to do it.”

Madonna has included three new songs on Something To Remember: a moody cover of Marvin Gaye’s 1976 hit I Want You, which was suggested and subsequently produced by Nellee Hooper and features Massive Attack, and two bittersweet serenades (You’ll See and One More Chance), co-created with David Foster during the third weekend of September in a whirlwind writing/recording session. Shortly after this talk, she was to leave for London to start recording the music for the film version of Evita, the musical that was the toast of Broadway in 1979–the year Madonna wrote her first song in the basement of a dormant Queens, NY synagogue.

“I remember calling up my father back in Detroit and making him hear it on the tape recorder over the phone,” she confides, blushing. “He said, ‘Oh, that’s very nice.’ I felt proud. The song was called Tell The Truth.” 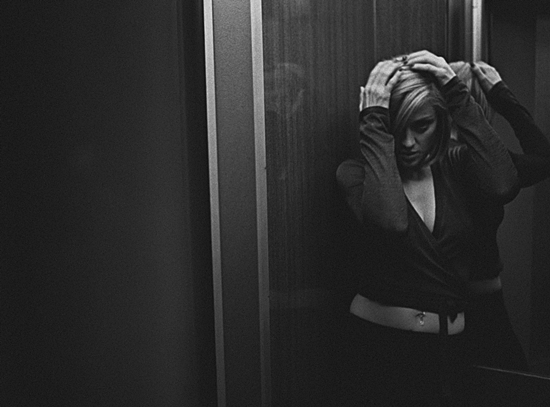 A self-assessed “roller-coaster Catholic,” Madonna grew up sharing the middle bunk in a three-tier bed with two of her sisters. “I didn’t have any free time as a child,” she says. “My mother died of breast cancer when I was 7, and then my father remarried when I was 10. I had a lot of responsibility, taking care of my younger brothers and sisters.”

Like her siblings, Madonna was obliged to study music, specifically piano. “But I couldn’t sit still, and I begged my father to let me take dance lessons,” which served as a means of escape. Madonna was in the church choir and acted in school musicals, while sharing her mother’s mantra-like habit of idly intoning her favorite tunes. “As a teenager, I loved Aretha Franklin’s A Natural Woman, and in high school I worshiped Joni Mitchell and sang everything from Court And Spark, my coming-of-age record.”

But her pivotal developmental trial was the death of her mother, and as Madonna passes this fall afternoon discussing the themes behind her often acutely wistful ballads, she ultimately says, “My mother is part of a lot of my music.”

Although love songs, such as Live To Tell, One More Chance and I’ll Remember, also invoke the early fever of a failed marriage to Sean Penn, tensions with a stepmother who could not replace her lost parent, or later relationships that fell short, a larger phantom overshadows each mourning of life’s missed linkages.

“I think about my mother and a certain emptiness–a longing–in my songs. There are tragic, traumatic moments where I think ‘I wish that I could call my mother.’ It’s this primal thing that has been a springboard for the work I do.”

How did she learn her mother was gone?

“I was at my grandmother’s house. The phone rang, and it was my father, and he told my grandmother that my mother had died. I’d just seen her in the hospital. The rest of the day I blocked out–I probably went outside and played. I was majorly into denial and didn’t really understand. And it unfortunately wasn’t something that my father ever really prepared us for or discussed afterward. I suddenly developed a strange throwing-up disease, where every time I would leave the house, I would throw up. If I was away from my father, I threw up. It was a nervous condition.” 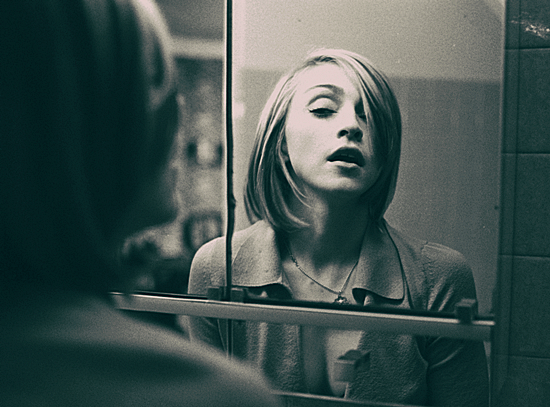 In recent years, when Madonna was under attack for her frank Erotica album and Sex book, the artist says she drew strength from her late parent’s nonjudgmental “fervor” for fulfilling one’s personal vision: “She had an unbelievable level of tolerance and forgiveness. She was tremendously religious in a really passionate–almost sexual–way, like she was in love with God. If you read the letters she wrote, even when she was sick and dying, she was completely happy about everything. It was frightening, there was just that faith of hers. My mother loved to take care of people. My older brothers and I were sometimes brutal to her, and she never complained.”

It sounds like the materfamilias had an essential serenity. “Exactly,” says her daughter. “And I could probably use more of it in my life.”

A brisk September breeze catches the leafy scent rising from the freshly mowed lawns of Central Park, the tangy end-of-season smell betokening the coming solstice. Madonna shivers slightly as she sips the last of her tea.

“I think my mother made people angry, because they couldn’t shake her beliefs,” she concludes in a near whisper. “And she was just 32 when she died–just a baby, Madonna Louise. So basically, I’m here to take her place.”