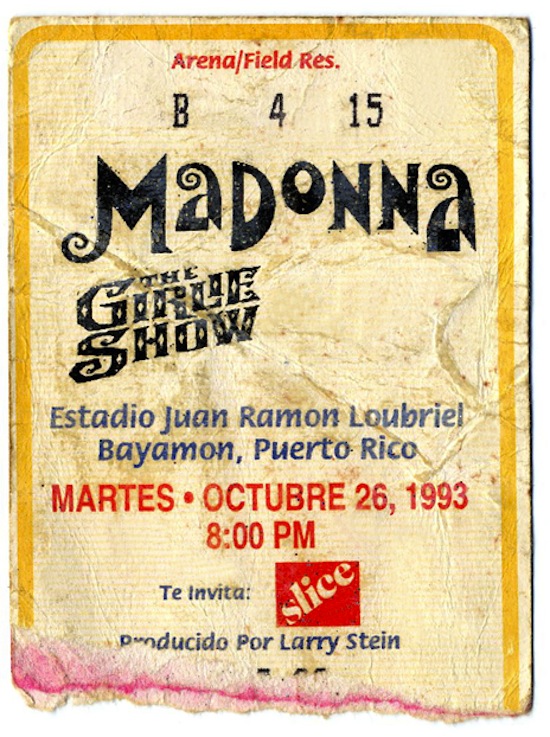 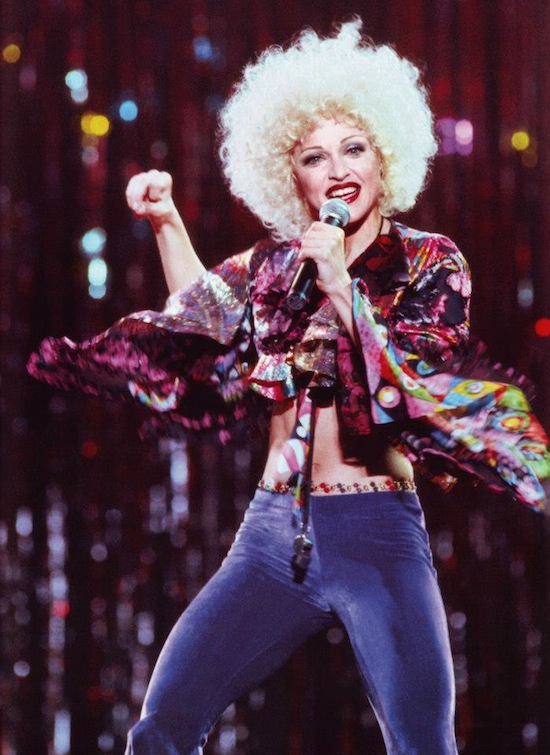 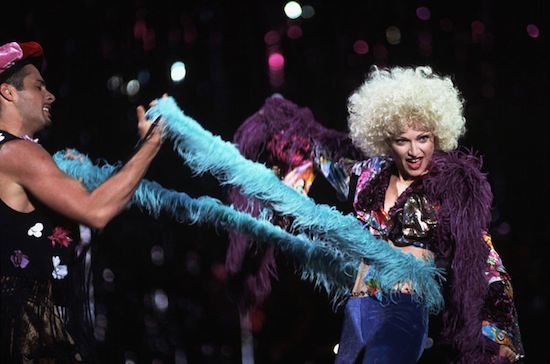 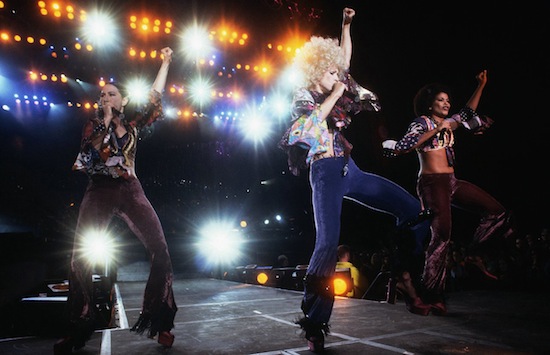 On October 26 1993, Madonna performed at the Juan Ramon Loubriel Stadium, in Bayamon, Puerto Rico and caused a stir when she wiped a Puerto Rican flag on her crotch in front of 26,000 fans.  The Puerto Rican House of Representatives charged Madonna with desecration of the flag and passed a resolution to condemn her.

The following (poor quality) video shows Madonna wiping her crotch with the flag:

There are no good photos of the event, so we decided to celebrate with some awesome photos of Deeper and Deeper from The Girlie Show.