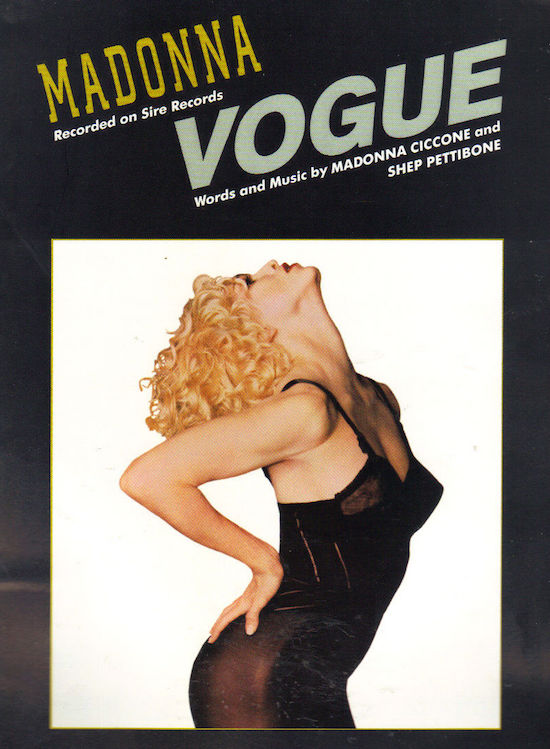 On March 20 1990, the lead single from Madonna’s I’m Breathless album, Vogue, was released.

Vogue was written and produced by Madonna and Shep Pettibone in December 1989.  The song was recorded with the intention of being the b-side to the upcoming (and last single for the Like A Prayer album), Keep It Together (released on January 30 1990).

The finished product was too good to be a single b-side, so it was decided that Vogue would be a stand-alone single on Madonna’s forthcoming album, I’m Breathless (even though the song had nothing to do with Dick Tracy).