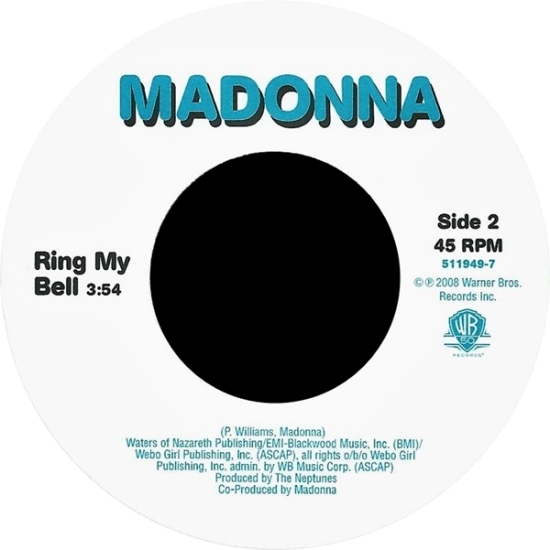 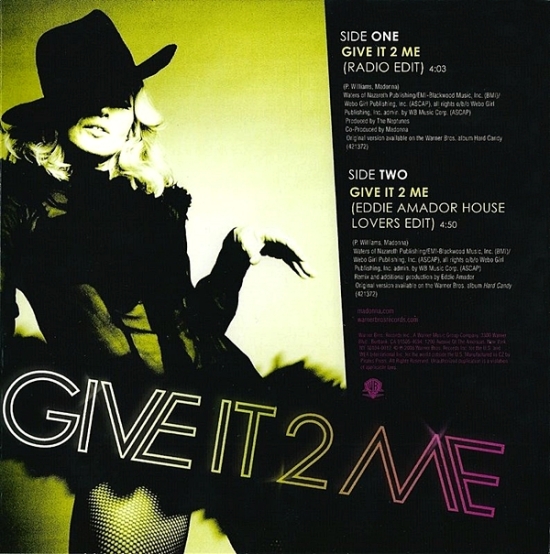 On August 26 2008, a double white vinyl 7-inch set for Madonna’s Hard Candy singles 4 Minutes and Give It 2 Me was released in the U.S. by Warner Bros. Records.

The set also featured the non-album track (outside of Japan) Ring My Bell and the Eddie Amador House Lovers Edit of Give It 2 Me as b-sides.