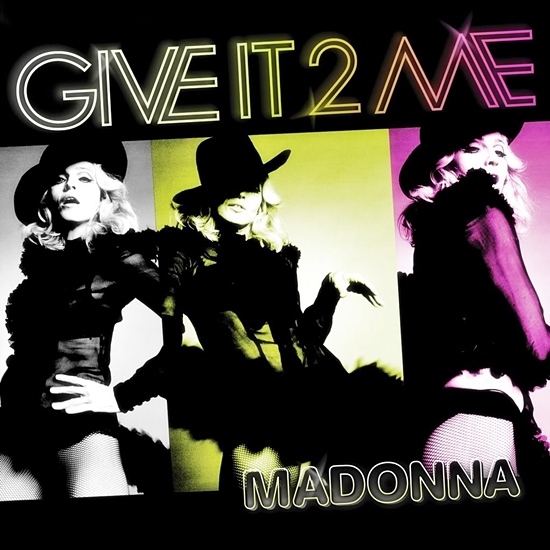 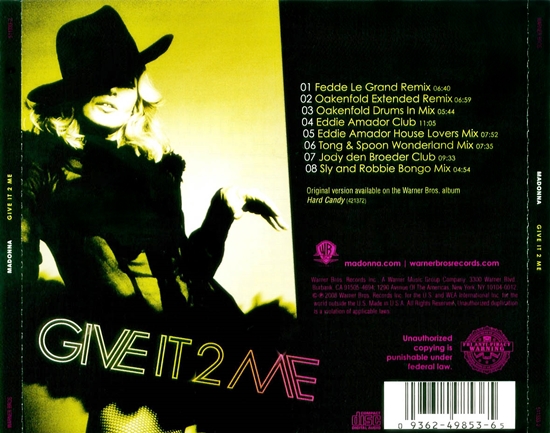 On August 5 2008, Madonna’s Give It 2 Me was released as a 8-track CD maxi-single by Warner Bros. Records in the U.S. It included amazing club remixes by Eddie Amador, Paul Oakenfold, Fedde Le Grand, Tong & Spoon, Jody den Broeder, as well as a ragga version of the song by Sly & Robbie.

Give It 2 Me was the second single from Hard Candy. It was written by Madonna & Pharrell Williams with production by Madonna & The Neptunes.