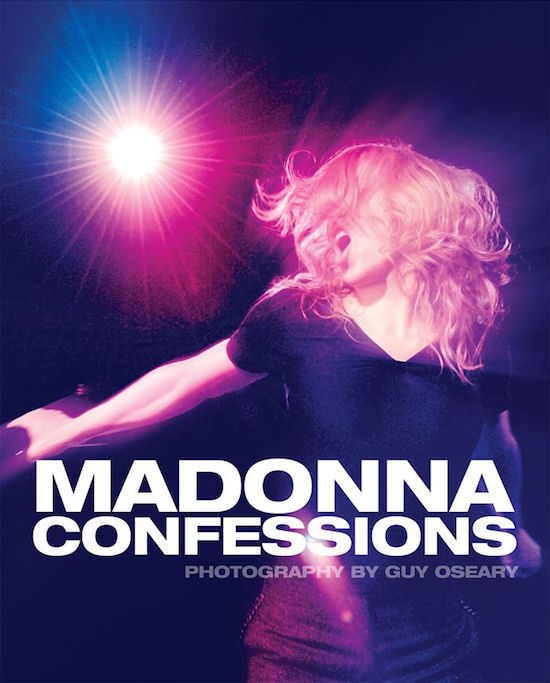 From the press release:

With over 250 never-before-seen images taken by Guy Oseary and personally approved by Madonna, the book showcases the provocative themes of her live performances—from equestrian to urban Bedouin, and from glam punk to disco fever—and celebrates what The New York Times calls “the sheer spectacularity of her physical form.” Enhanced with Madonna’s short, sassy interspersed quotes, CONFESSIONS is a matchless, must-have record of one of the highlights of her career.

Guy Oseary is the CEO of Maverick and Madonna’s manager. He has worked closely with Madonna for two decades. As Oseary was the only photographer allowed access to capture every single concert, this book contains the quintessential moments from the Confessions Tour.

All author proceeds were donated to Raising Malawi.