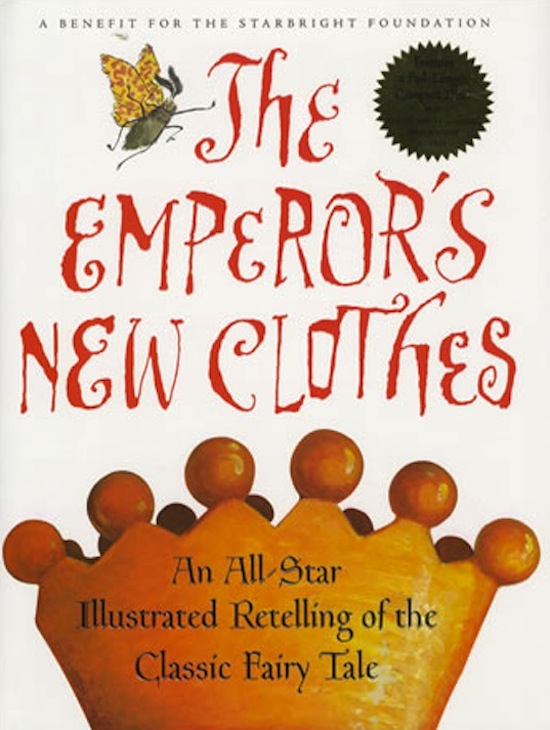 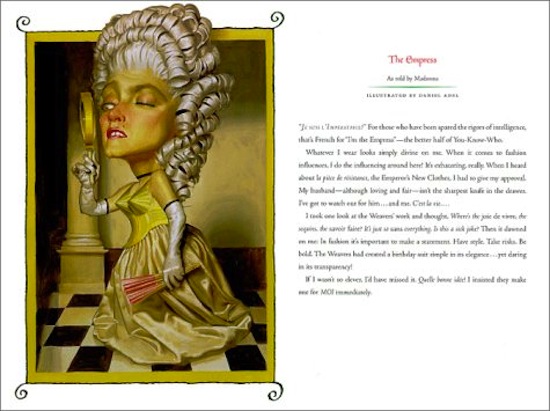 On September 28 1998, Hans Christian Anderson’s The Emperor’s New Clothes was released as a book with audio CD by the Starbright Foundation, to benefit seriously ill children.

On the CD Madonna tells the story from the perspective of the Emperor’s Wife (illustrated as Marie Antoinette by Daniel Adel).